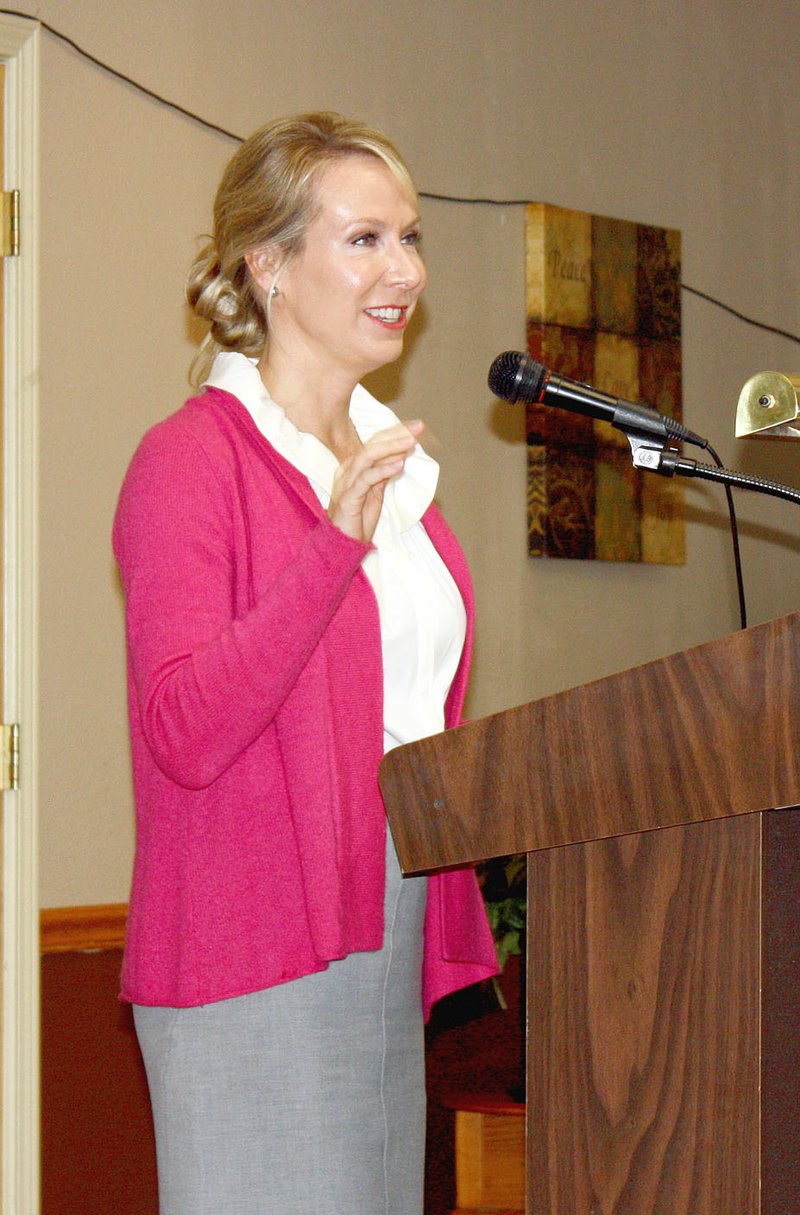 FARMINGTON -- Farmington celebrated the National Day of Prayer Thursday with Mayor Ernie Penn hosting a prayer breakfast with a bit of a twist.

In 1 Timothy 2:1-4, Christians are instructed to pray for those in authority.

"I exhort therefore, that, first of all, supplications, prayers, intercessions, and giving of thanks, be made for all men; For kings, and for all that are in authority; that we may lead a quiet and peaceable life in all godliness and honesty. For this is good and acceptable in the sight of God our Saviour; Who will have all men to be saved, and to come unto the knowledge of the truth."

"The work the people of Arkansas have charged me to do is incredibly important," she said. "As a judge I'm called upon every day to make a decision, to do what is fair and right according to the United States Constitution and the Constitution of the State of Arkansas. It's kind of like being a referee. I call balls and I call strikes."

Goodson said life isn't always fair, but all people want to be treated fair. According to Goodson, at the most basic level, fairness is living by the Golden Rule (Matthew 7:12, Luke 6:31), treating others the way you want to be treated.

"Life may not be fair, but the rules we live by must be fair," Goodson said. "I don't represent one group or one party. I represent all Arkansans. I don't bend the rules. I don't play favorites. I stand for justice."

"At the end of my career I will face my ultimate judge and I am hopeful that he will say, 'Well done, thou good and faithful servant (Matthew 25:21,23)."

Lindsey, who represents District 4 and is retiring from public service, said it has been a high honor and great privilege to represent Farmington in the state General Assembly for the last 10 years.

"I think the feeling of unity has to center around community and the folks that live around us," Lindsey said. "I'm old enough to remember when families took care of their neighbors. There was a time when we didn't need much intervention from others, we just took care of our neighbors and Farmington retains that spirit."

Lindsey added, "I would admonish all of us to work together to continue that feeling of community as we go forward. Because if we do that, we can do anything we set out to do."

Wood said the people of America have been recipients of gracious, bountiful blessings of heaven referring to an 1863 proclamation by President Abraham Lincoln, but "in the deceitfulness of our hearts, we have forgotten God."

Wood specifically addressed Christians, referencing Solomon's prayer from 2 Chronicles 7:14, saying, "Here we are looking at everyone else, but it's us...We've been called by him, we know what we're supposed to do."

Wood said we can't control what goes on in Little Rock, but we have influence over our families and that's where unity starts.

"Do we have unity in our homes?" Wood asked. "That becomes our first call. That's what God has called us to do."

Wood said the world is looking at America and people are not leaving America trying to go somewhere else.

"Are we going to continue to be the beacon of light to the world?" Wood asked.