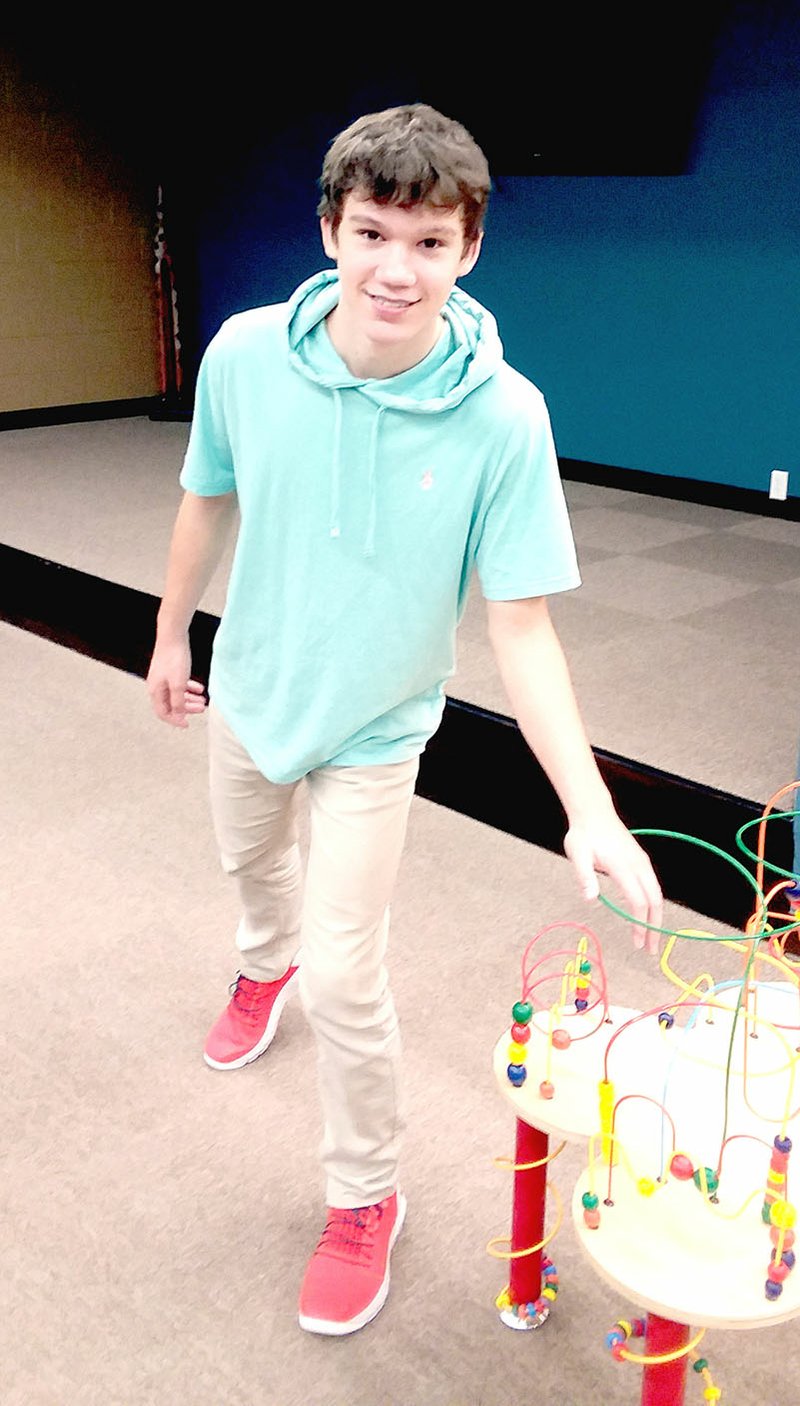 PRAIRIE GROVE -- With sands of time ushering him towards his birthday, Wyatt Young embarked on a personal quest in his last weekend eligible for 15 & under Ultimate Ninja Athletic Association competition.

The scenario played out like the 1960s television drama showcasing the adventures of Batman and Robin.

Qualified for world competition in 15 & under division.

Notable: Plans to work out on the Ninja Course at Farmington’s Creekside Park once that opens to the public.

Tips: “When you’re doing an obstacle course, you want to look at it before you actually start. Map out your route and map out what you want to do. It’s not always a physical sport or activity. Sometimes you have to use your brain and look around and see what you need to do to overcome every obstacle.”

Inspiration: “I have my mentality that I always use before I do something competitive and that is just believing that you’re going to come out on top. That’s who we are and just having that self-confidence is really important.”

Role Model: His uncle, Justin Young, of Prairie Grove, whom Wyatt admires for “Humility, intelligence, everything I aspire to be is portrayed by my uncle.”

Community: “It’s a small tight-knit community. It’s very nice. I used to go school in Springdale and Springdale’s huge so you find your friends with a small group of people and that’s your whole world, but in Prairie Grove you know everybody so it’s a lot different.

The Prairie Grove teenager turned 16 Tuesday, but not before he made one last run at the 2019 UNAA World Series championship finals held at Mystic Lake Center in Minnesota, July 26-28.

Preliminaries were held Friday and Saturday in all classes. Prizes were awarded in the amounts of $500 for first place, $300 for second place, and $200 for third place with fourth and fifth place also receiving some type of award. Wyatt injured two fingers, which hindered him and he didn't place, yet still competed strong.

Like Dick Grayson the Boy Wonder, teenage superhero Robin, of comic book fame, Wyatt's sharpened skills and sense of adventure have drawn the attention of a benefactor, his uncle, Justin Young, of Prairie Grove,

"He's actually really natural at it. He's been doing hand-stand pushups since he was five years old, so he really took to it," Justin Young said. "I think it was about his second day of taking lessons that he was able to get up the 14-feet warped wall. It's a pretty big feat."

Wyatt doesn't emulate Robin or anybody else.

Justin Young spent part of the spring and summer driving Wyatt to places like Warrior Playground, of Longmont, Colo., for Area competition May 18. The trip encompasses 833 miles one way, skirting around the "Mile High City" of Denver to avoid high traffic flow.

The thin air of Colorado didn't diminish Wyatt's performance. Seeing the front range of the Rocky Mountains for the first time was in his words, "spectacular."

Justin Young, who's more familiar with Denver's potential for traffic congestion than he'd like to be, made the logistical decision -- in much the same manner Bruce Wayne modeled how to steer a youthful protege around pitfalls.

The go-around may have helped Wyatt gain focus because rain began descending on Warrior Playground's outdoor course seconds into his run. He was the last competitor and the only one faced with wet bars and surfaces in the obstacle course.

Wyatt conquers obstacles, but sometimes elects to go around them or over the top. As allowed by the rules, Wyatt scouted the course previously and knew what to avoid.

At one juncture, Wyatt deftly leaped over a bar he knew posed a slippery surface and hurled himself onto the next grip. He finished as Runner-up to Nate Walleen and qualified for the UNAA Regional held at Gauntlet Fitness, of Ardmore, Okla., June 7, with a chance to earn a spot in the World finals.

"When you're doing an obstacle course, you want to look at it before you actually start. Map out your route and map out what you want to do. It's not always a physical sport or activity. Sometimes you have to use your brain and look around and see what you need to do to overcome every obstacle," Wyatt said. "It was a metal bar so it was really slick and I didn't want to touch it."

Christian Youst previously qualified grabbing one of the desired tickets to World finals. Dealing with intense humidity and blazing heat of an Oklahoma summer with the obstacle course set up in an old firehouse with roll-up doors opened Wyatt blazed a trail into the World finals by placing behind: Liam Mason, and Isaiah Thomas, and ahead of Jacob Rothrock, all of whom qualified for the World finals.

The climate was more what Wyatt is accustomed to, but the event was conducted within an enclosed building. Wyatt needed, "Water, lots of water and a nice snack beforehand, but you just kind of got to deal with it," he said of the heat and humidity.

Going into Minnesota with the competition billed World finals, Wyatt expected Canadians and potentially many more.

"Possibly people from other places, the eastern hemisphere, but you don't know," Wyatt said.

Going into the World finals Wyatt admitted being, "A little nervous, but that's just because I haven't had many competitions under my belt, but I'm really excited at the same time."

Justin Young maintains a thankfulness for the opportunity to invest in Wyatt's life, describing the experience as beyond the value of winning.

"If he goes out there and wins that's great, but even more importantly the drive out there we have some amazing conversations and he's a really great young man," Justin Young said. "I cherish the time that we get to spend together. I know that he's going to grow up and move along with his life and so I have to value the time that we have right now. It's worth everything that I'm spending and putting into it."