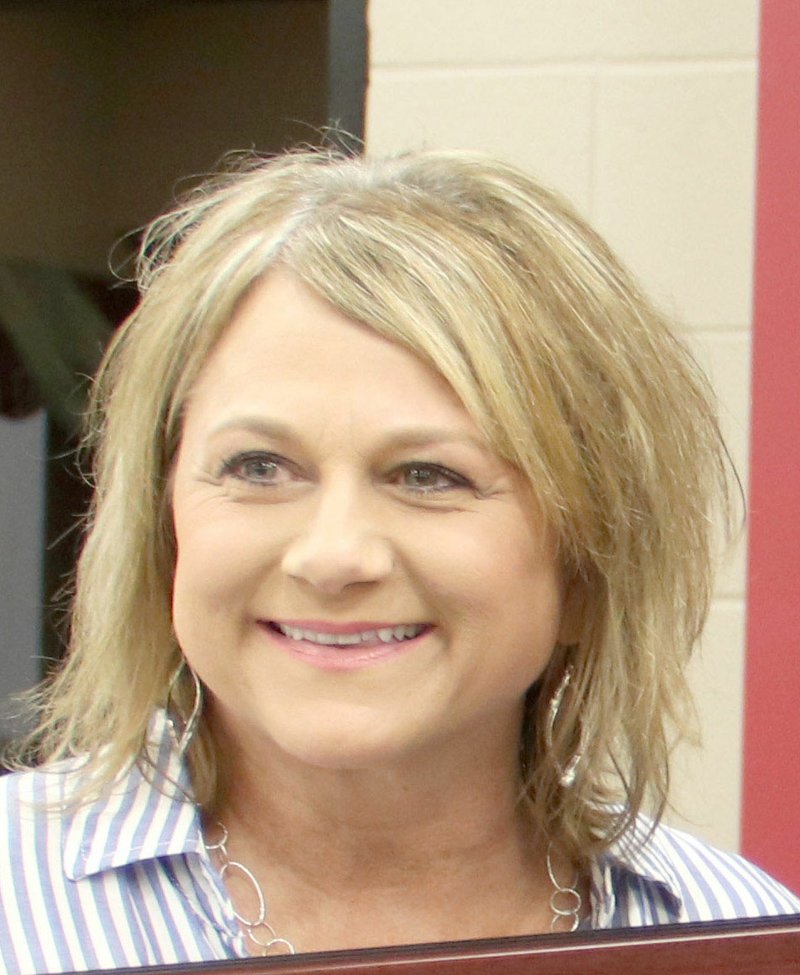 LINCOLN -- Mary Ann Spears, superintendent with Lincoln Consolidated School District, is passionate about rural education and her efforts to improve education in that arena recently were recognized on a state level.

Charles Kudney, director of Northwest Arkansas Education Service Cooperative in Farmington, said superintendents in the districts served by the coop nominated Spears for the award. Almost all the 16 school districts in the coop are rural schools located in Washington, Benton and Madison counties.

"These are colleagues who understand the job and can recognized excellence when they see it," Kudney said. "When your colleagues collectively choose you, it's special and indeed a great honor for her."

Kudney has served as director for nine years and this is the first time one of the coop's superintendents has been selected for the award. The association gave out its first Superintendent of the Year awards in 2016.

"I've observed Mary Ann," Kudney said. "She's very innovative and has been on the cutting edge in order to improve student achievement in the Lincoln School District."

Dennis Copeland, area assistant director with the Rural Ed Association, presented the award to Spears at the School Board's May meeting.

Spears knew she was being considered for the award but the presentation was a surprise to her that night.

There are 15 cooperatives in the state and Spears said she was just one of 15 nominated for the award.

"It was big for me," Spears said. "I love the rural association."

She said she was honored to be nominated by her fellow superintendents in Northwest Arkansas.

"It's a true honor to be recognized as a leader in education in the state," Spears said.

About 200 school districts are members of the Rural Association. Spears has served as vice president of the association's board for two years and moves into the president's role for the 2019-20 and 2020-21 school years.

According to the association's website, the rubric used to select Superintendent of the Year is based on several criteria, including activities and associations, development activities, educational history, professional biography, awards and recognitions, community involvement, philosophy of teaching, education issues and trends in rural schools.

Spears completed a form for the award after she was nominated by the NWA Education Service Cooperative.

"I love and value the small community of Lincoln," Spears said. "I am so much more comfortable working in a small rural community."

The advantages of a smaller district, Spears said, are that students can participate in more activities and coaches and sponsors work together so students can be involved in various sports and programs. Another benefit is that rural schools have a strong culture because everyone knows each other.

Spears said she would like to see several issues addressed that affect rural education. One change needed, she said, is for students to have access to more vocational education programs and more funding to help with transportation to these programs.

As Superintendent of the Year, Spears will be a spokesperson for the rural association.

She wrote that if selected, she would advocate for rural education on the state and national level and work with the Arkansas Department of Education and Arkansas Legislature on issues that impact rural schools.

"My message would include how important rural schools are to our state and our country," Spears said. "Small towns need to be preserved in our great nation. It starts with preserving the small rural schools."

Community involvement includes Lincoln Kiwanis, Lincoln Chamber of Commerce, Bright Futures Lincoln and Essentials Outreach. She also volunteers for Meals on Wheels every month and takes students with her when she delivers meals to the homebound.

Spears wrote that she believes her greatest contribution in education has been "empowering others to become building and district leaders."