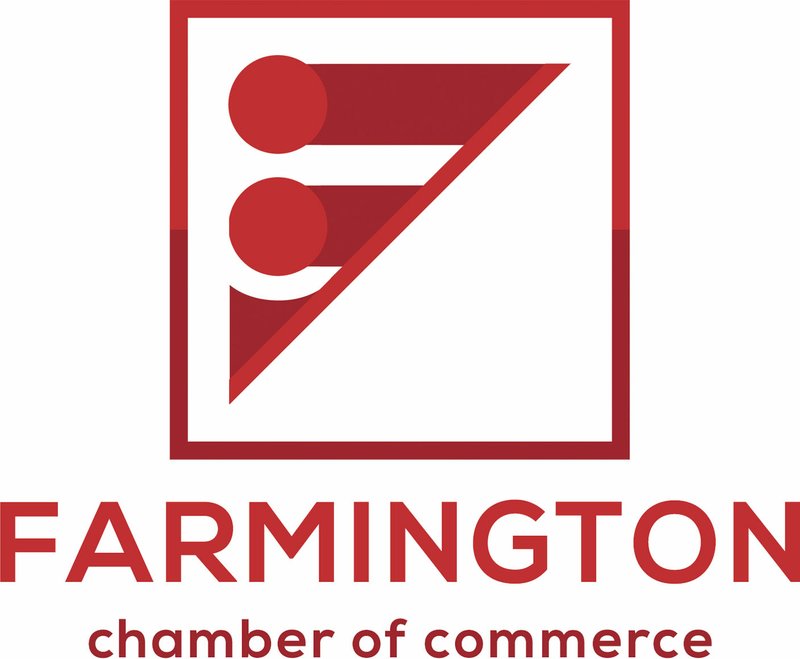 The new logo for Farmington Area Chamber of Commerce.

FARMINGTON -- Farmington Area Chamber of Commerce has a new logo, updated website and a new president.

Josh Frye was elected president in February, following the resignation of Mike Willard, who moved to Mountain Home with Arvest Bank last year. During the interim, board member Tracy Nelson handled the president's role.

Frye, 30, assistant vice president and loan officer with Security Bank, has been a Chamber board member since November 2017, and has been involved in the Farmington community in other ways.

He is a member of the city's Community Development Committee, president of Farmington Area Kiwanis Club, committee co-chairman for Washington County Teen Leadership with Fayetteville Chamber, a board member of the Wolfpack Foundation in Lincoln and is a lunch buddy with Bright Futures Lincoln.

As the new president, Frye said one of his goals is to work with his teammates to improve the business community in Farmington and "hopefully leave the chamber better than I found it."

He would like to see the chamber fill a vital role in helping the city and business community thrive in several ways, including healthy residential development, improvements to quality of life amenities and supporting the school district.

"I believe there is and will be much to offer for potential new residents, with the new school facilities, the Bowden development (Briar Rose expansion), the expanded city park, new public works facilities and fire station, and planned road improvements," Frye said by email. "I think I got lucky having come into this role when I did, given everything that is changing in Farmington currently. If they keep me around long enough, I have a few ideas that I would like to see come to fruition but I'll keep them to myself for now."

As the Chamber moves forward into the future, Frye said board members are considering some changes.

"There's a push to become more of a traditional chamber as far as economic development and for being a point of contact for people coming to the area," Frye said.

The discussion among board members, he said, is how does the chamber provide a true benefit to its members.

The chamber's new branding with a new logo and updated website came out of this discussion, Frye said.

The board wanted a new logo that was modern and more abstract, Frye said.

"I wanted something eye-catching."

Farmington graduate Tanner Green provided the board with several logo designs and board members voted on the option they liked best.

The new logo has an "F" and two "Cs" for Farmington Chamber of Commerce.

A new project to showcase chamber businesses through short videos is another way the chamber is promoting its members, Frye said.

Two videos have been posted to the chamber's website and visitors are able to find out more about Briar Rose Bakery & Deli and Cardinal Care Center. As new videos are produced, they will be placed on the website in the future.

Along with new projects, the Chamber will continue its traditional events. It sponsors an annual golf tournament and bowling tournament. The Chamber also hosts a Heroes Luncheon every year to recognize and show appreciation to first responders and city public works employees and has a Member Appreciation Night every year to announce a business of the year and a citizen or volunteer of the year.

In addition, the Chamber annually gives out college scholarships to Farmington graduates.