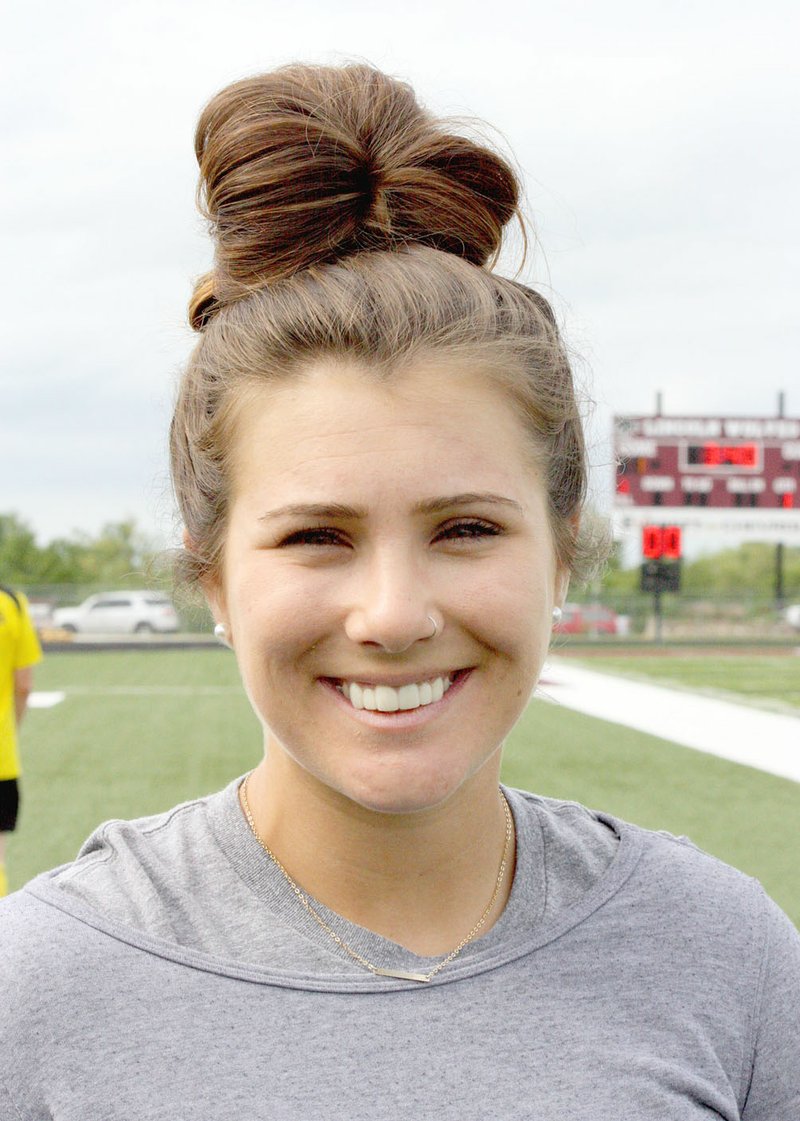 PRAIRIE GROVE -- Getting their kicks on a 200-mile road trip east, the Prairie Grove girls soccer team battled its way into the State 4A semifinal Saturday with two tourney wins.

Saturday was where the tourney ended for the Lady Tigers, one match short of playing for a state championship with a 4-0 loss to Pulaski Academy.

"Last year we made it to the first-round, which gave us just a taste of what it felt like to be in the state tournament. This year the girls were hungry, they were ready for it," said coach Stephanie Mitchell. "They worked hard all year. They did well in conference play to put themselves in good position for state."

Prairie Grove came in as a No. 2 seed as runner-up to Harrison in the 4A West Conference tournament. The Lady Tigers defeated Heber Springs, 2-1, in first-round action Thursday.

Aniyah Gibbs scored a goal for Prairie Grove to tie the match at 1-1 and later assisted Megan Thompson with a throw-in on the winning goal which came with less than five minutes to go.

"Heber Springs was a good game. We came in prepared. The girls knew what they had to do and executed that," Mitchell said. "We were down (1-0), but didn't let that bother us. The girls were well-prepared for state tournament and had a very good mindset going in."

Junior Yuritzy Torres scored the Lady Tigers' only goal in Friday's quarterfinal 1-0 victory over Warren. The goal came off a corner kick which bobbled around a little bit. Torres got to it and scored.

"The first-round win really motivated them. They wanted to stay and keep going in the state tournament," Mitchell said.

Mitchell praised the squad because each girl knew their assignment and what position they had to be in.

"They were all pumped up and ready to go," Mitchell said. "They really excelled. I'm real proud of them, they were just unified as one team."