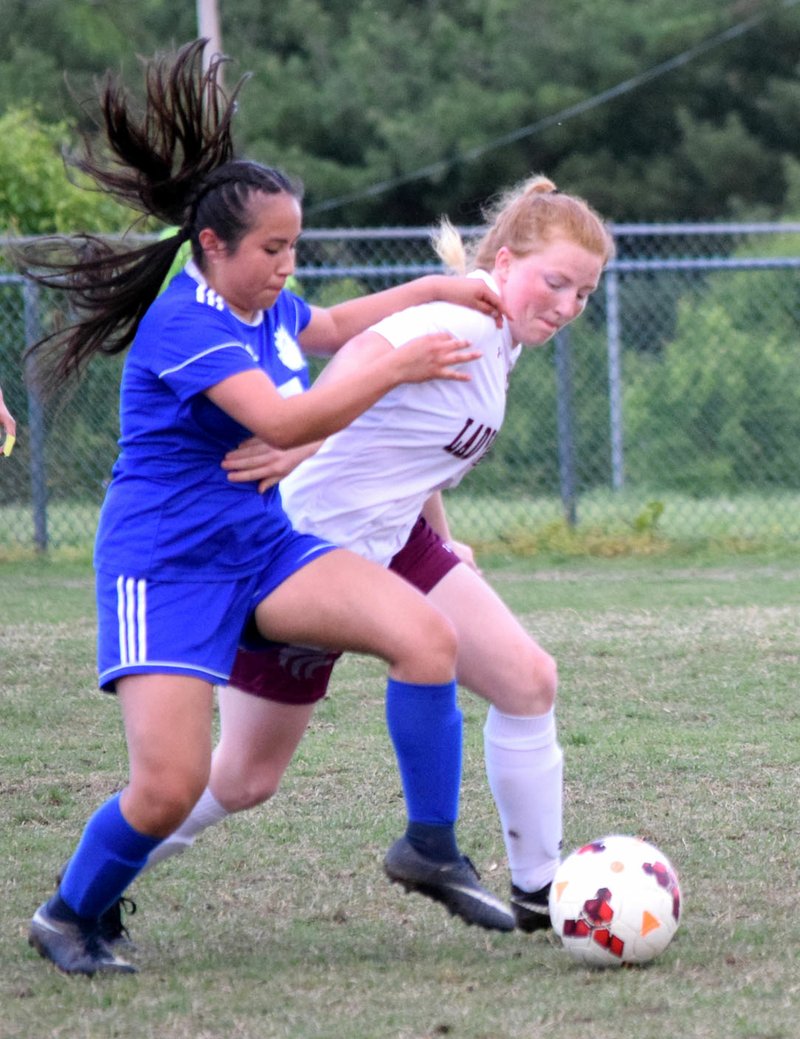 LINCOLN -- Premonitions typically accompany a sense of foreboding as fear tries to creep in, but when positive anticipation becomes the motivating factor expectations turn upward.

"..I'm not sure if everyone knows that this is Lincoln's first year for high school soccer, meaning we could actually compete for state playoffs. Last year was our JV season and (matches) were mainly played as scrimmages. The Goldmans have been patiently waiting for this since 2011 after our oldest son Slayter graduated from Stilwell, Okla., playing high school soccer. We have always hoped that this would be a high school sport for the rest of our kiddos (Abby and Evan) at Lincoln. It has finally happened! These kids are excited and have worked hard to bring soccer to this area."

The feeling something good was about to happen with reference to Lincoln potentially advancing to the 3A State soccer tournament materialized.

Abby Goldman played the role of designated free-kicker and designated corner-kicker for the Lady Wolves.

"Abby Goldman had four assists in the last two weeks (of the regular season). A couple on corner kicks and a couple on cross-ins from the outside," Lewis said. "On the whole she is very soccer-oriented. She's been playing awhile, she has years of experience."

"Her ability to put her foot on the ball and send it wherever she wants to go. She gets us going on the attack whenever she gets it," Lewis said. "If it's within 30 yards on a free kick, she has permission to just put it on the frame."

Lewis acknowledged having turf gives Lincoln an advantage with capacity to practice when weather conditions prevent other schools from practicing.

"That turf is real nice to have. It's flat-out nice to know we can practice on a good, solid foundation," Lewis said. "When there are no lightening or tornado warnings, rain or shine, we can practice every day.

The Lady Wolves went 5-7 overall in the regular season with a winning 4-2 record in the 3A West, second only to regular season conference champion, Green Forest at 6-0, and qualified for state in their first season of eligibility.

Lincoln more than fulfilled those dreams winning 1-0 over first-round opponent Riverview (5-10, 2-2) at the 3A State tournament Thursday at Harrison Parks & Recreation Complex.

"Kyli Jenkins made the goal and Jocelyn Watts made a couple great saves to keep us out in front," Lewis said.

The Lady Wolves ran into eventual state finalist, CAC, in the state quarterfinal Friday and lost 7-0. Lincoln concluded its first varsity season of girls soccer with a 6-8 record.

"Making the quarterfinals was very exciting for our team but we are looking forward to making it back to the state tournament and do even better," Lewis said.