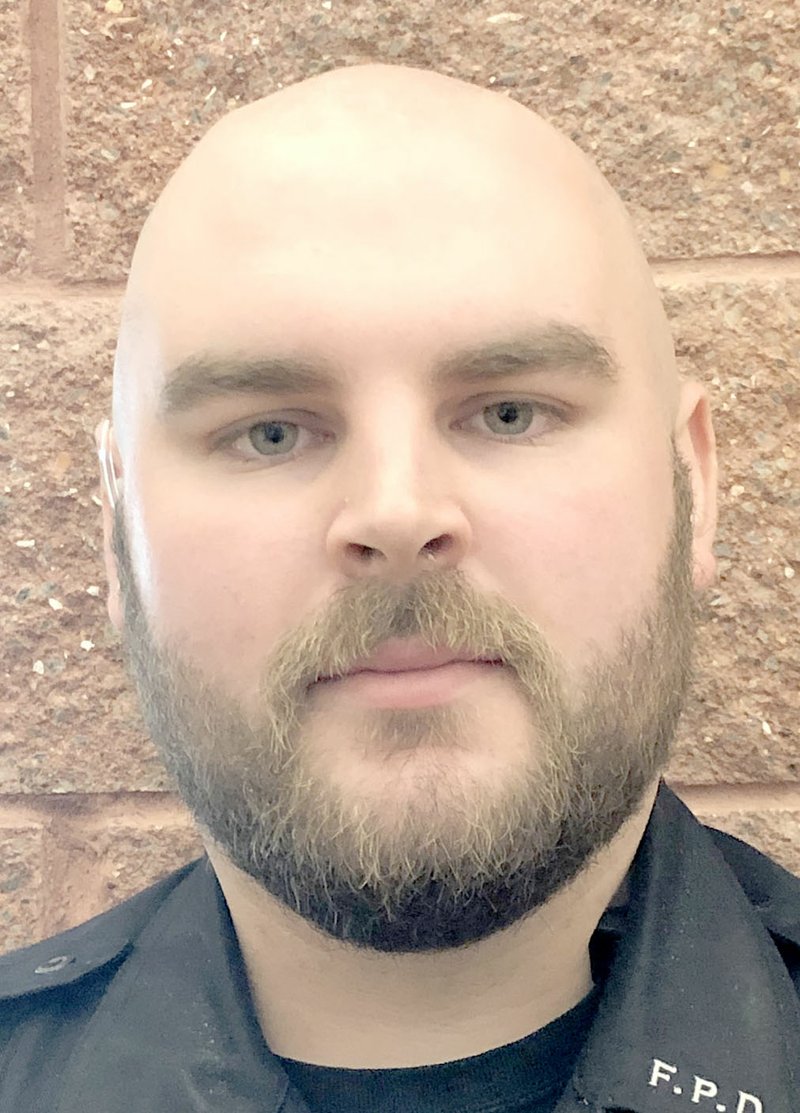 FARMINGTON -- Farmington's newest police officer started April 9 and said he was looking for a police department and community that felt like home.

Dylan Crutchfield, 25, started his law enforcement career with the Washington County Detention Center in 2014. He moved to Springdale Police Department in 2015 and then worked as a deputy with the Sheriff's Office from January 2018 through April 2019.

He and his wife have one daughter who turns 2 years old in June.

Crutchfield's family is from Malvern but they moved to the Springdale area when he was a child. His father was a full-time firefighter with Fayetteville Fire Department and his mother a teacher. He attended schools in Springdale growing up except for a time in high school when he moved back to Malvern to help care for his grandfather.

Crutchfield graduated from Har-Ber High School in 2012, and attended the University of Central Arkansas in Conway for a semester before deciding college wasn't for him at the time.

He said he always wanted to be in the military and when that didn't work out, decided to try the county detention center. He liked that work and when Springdale Police Department was hiring, submitted an application.

"I decided to see where it would go and I got blessed enough to take a spot," Crutchfield said.

He applied for Farmington's officer position because it felt like home, he said.

"If you ever want to retire from a place, you want to be in a place like home. This department feels like home and is a good place for a family."

Crutchfield said one officer who made an impression on him as a high school student was Springdale's school resource officer, Officer Wooten.

"He's a hero. He's the guy you could talk to. He was always there."

Crutchfield said one of his goals as a police officer is to be a big part of the community.

"By the time I retire I want to make changes in people's lives for the good," Crutchfield said. "I would like to have kids with problems feel like they can talk to me as a friend and not just a police officer."

Crutchfield said his family is #1 when it comes to how he spends his time away from the job. He likes to fish and hang out with friends.