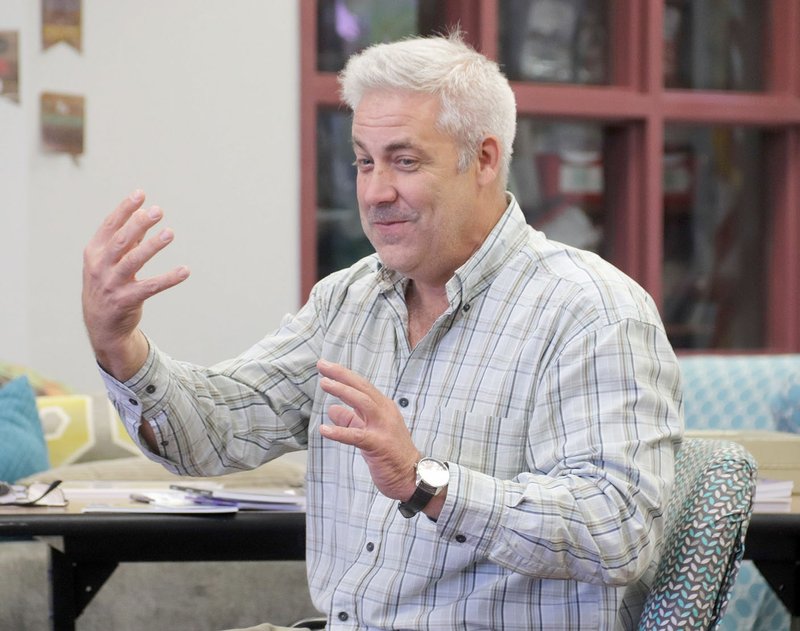 FARMINGTON -- Children's author Michael Finklea shared his own story recently with students at Farmington Middle School about becoming a published writer at the age of 37.

Finklea now lives in Dallas, Texas, but he grew up in West Fork and graduated from West Fork High School. His parents live in Prairie Grove.

Finklea said he hated writing until a creative writer professor at Louisiana State University "opened the gate" and inspired him. Finklea graduated from the university with a degree in graphic design.

He started writing at age 18, took a break in his 20s and then returned to it. Now, he is a full-time writer but has had other jobs as a model, in graphic design and with a bank. He also has traveled extensively.

Finklea said he submitted his first story, "The Worldwide Adventures of Winston & Churchill," nine times and it was finally accepted when he was 37 years old.

Most of his children's books are character-based books. Then he wrote a series of guessing books. His latest is a series of scary books, which he admits is outside his comfort zone.

"I argued about writing it for a year," Finklea said. "I didn't want to write a scary book."

Finklea told the children he got the idea for "Creepers" while visiting a school in North Carolina. The school was at the top of a steep hill and was next to a cemetery.

He encouraged the kids to look around them and create stories from their surroundings.