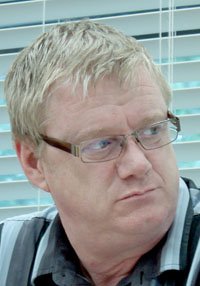 FARMINGTON -- Planning Commission Chairman Robert Mann had to break a tie and cast the deciding vote for two items related to subdivisions on the commission's agenda last week.

Commission member Toni Lindsey was absent at the Oct. 28 meeting, which left six members present to vote, plus Mann.

The commission voted 4-3, with Mann breaking a 3-3 tie, on the preliminary plat for Wagon Wheel Crossing subdivision, located on 75 acres off Clyde Carnes Road. Commissioners Bobby Wilson, Gerry Harris and Judy Horne voted in favor of the plat. Commissioners Chad Ball, Jay Moore and Howard Carter voted against the plat.

The subdivision will be developed by Riggins Construction, which also built the Saddlebrook subdivision across the street off Clyde Carnes Road. Wagon Wheel Crossing will be located behind Farmington High's new sports complex and the high school campus.

The preliminary plat shows 235 lots with most lots about .25 acre or .30 acre in size. The subdivision would have two entrances from Clyde Carnes Road, a detention pond and a proposed lift station for sewer.

Blake Murray from Engineering Services Inc., gave an overview of the project on behalf of Riggins Construction. One change, Murray said, was the developer originally planned to make a payment in lieu of park land but had since found five adjoining acres just south of the high school property that could be used as a park.

Several residents living on Claybrooke Drive in Twin Falls subdivision had concerns about drainage and flooding issues and whether Twin Falls would be connected to Wagon Wheel Crossing.

The preliminary plat shows the subdivision would have a "hammerhead" turnaround on the south edge of the high school track. It also shows that a cul-de-sac at Claybrooke Drive in Twin Falls would not be connected to the Wagon Wheel subdivision.

Ball had several questions. He wondered about only having access to the subdivision from Clyde Carnes Road from an emergency response standpoint and asked if the developer and engineer had communicated with the school about the subdivision and about the possible park land.

Developer Kevin Riggins said he did not connect Twin Falls to Wagon Wheel to protect the larger lots and larger houses in Twin Falls neighborhood.

"We like connectivity," Riggins said, but added he wanted Twin Falls' neighbors to be happy with the plan.

Ball said he wanted the developer to go back and revisit the preliminary plat to look at those areas.

"I'm not ready for a motion on anything," Ball said.

A motion was made, however, to approve the preliminary plat and it passed.

For the second item, the commission voted 3-4, with Mann breaking the tie, on a request for a variance of rear setbacks from 20 feet to 15 feet for Redbird Subdivision off Double Springs Road. This subdivision, owned by D&B of Northwest Arkansas, is the first housing development in Farmington under the city's R-3 zone, which allows smaller lots and zero-lot lines.

Geoffrey Bates of Bates & Associates engineering firm said one of the partners had left the project and it had a new builder who wanted larger homes. Bates said the variance was needed to have room for the larger house plans.

Commissioner Judy Horne asked if this meant the houses would be closer to people living on Ridgedale Drive and Bates said it did.

"It's not a small deal to those people who are on Ridgedale," Horne told Bates.

Bates responded they would be next to bigger and better homes.

"It will put the back of the house closer to the people on Ridgedale," Horne replied.

No one from the public made any comments about the variance request but two City Council members spoke.

"I think the City Council has already addressed this and we weren't going to let them slide any closer to Ridgedale," said council member Bobby Morgan.

"Now we're wanting to make allowances the other way," Lipford said. "We're inching this a little bit at a time."

In other action, the Planning Commission approved a variance for lot size in an A-1 zone for Jordan & Sarah Huckeba, approved a rezoning from R-1 to C-2 for property at 12328 Highway 62 and 12405 Bethel Blacktop Road for Frances Hawkins, and rezoned one acre from A-1 to R-1 for Randy Osnes at 2846 S. Archie Watkins Road.