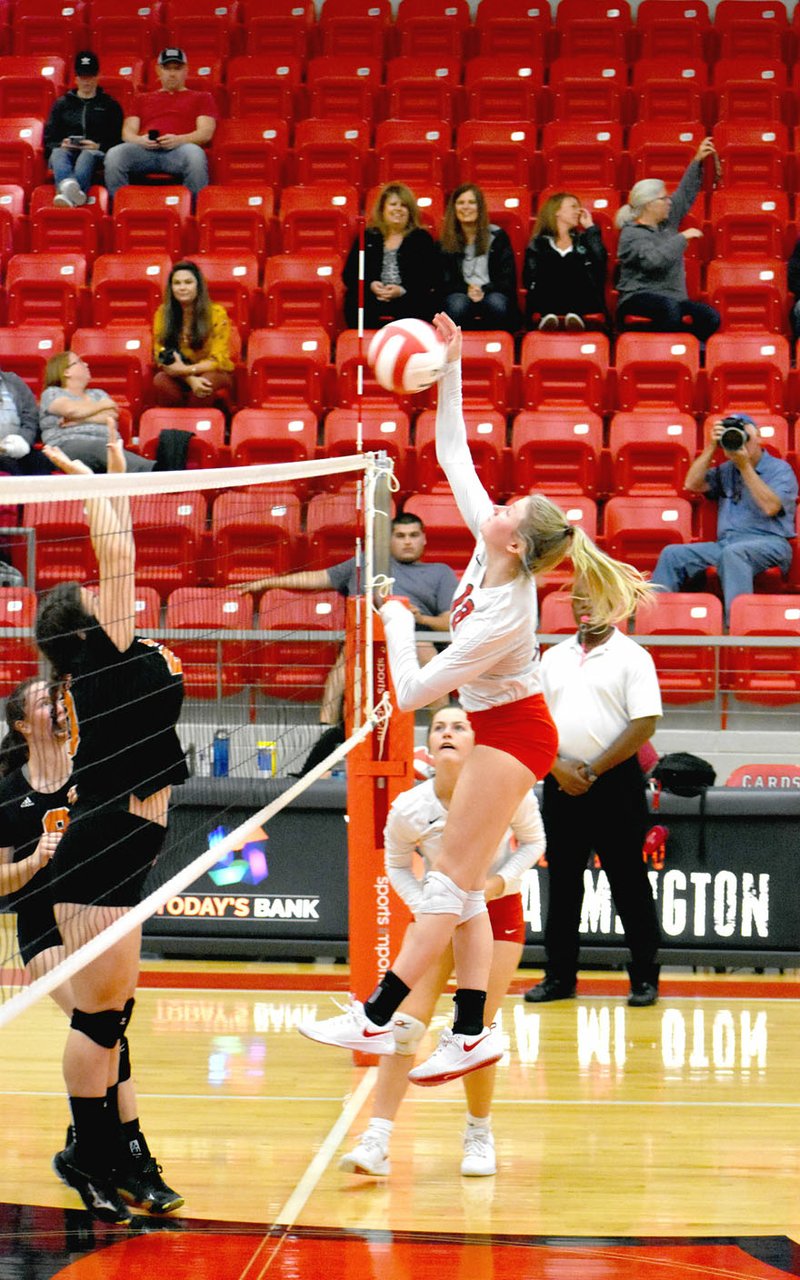 MARK HUMPHREY ENTERPRISE-LEADER Farmington senior Brittany Pittman smashes a kill over the net past an attempted Gravette block. Farmington took Gravette in three sets, 25-14, 25-18, 25-18, on Thursday at Cardinal Arena to maintain first place in the conference standings. The Lady Cardinals were 17-3-1 overall and 10-0 in the 4A-1 coming into the last week of regular season play.

FARMINGTON -- Wednesday featured elimination of all three remaining Northwest teams including Farmington from the State 4A volleyball tournament at Morrilton.

The Lady Cardinals finished with a record of 21-5-1 arguably the best season the school has ever had in volleyball due to winning Farmington's only regular season conference championship by going 12-0 in 4A-1 play under second-year coach Mike Howard.

Howard, a college roommate at Arkansas Tech and close friend of former Farmington coach Marshall Ward, changed the emphasis this year from playing on raw emotion to keeping a cool head and focusing on the task at hand. Howard said early in the season he thought that would help eliminate some mistakes and empower the girls on the court to achieve more consistency.

There was a sweep of Shiloh Christian (25-17, 25-23, 27-25) at home in Cardinal Arena Oct. 1, which along with 11 other conference wins gave Farmington its first regular season conference championship in volleyball.

Among eight seniors were team-leaders: Kally Stout (kills), Addy Cassell (aces) and Paige Anderson (digs) along with Brittany Pitman, who was second in aces, blocks and digs plus third in kills.