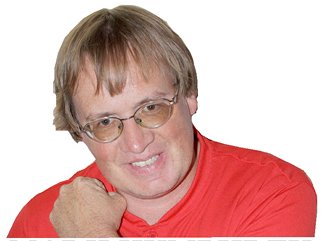 Farmington coach Mike Howard is in his second year at the helm of the program after taking over last season for Marshall Ward, who left to take a teaching job at Haas Hall. Ward coached some really competitive teams guiding the Lady Cardinals to 5A State tournament bids twice in 2014 and 2016, but he never witnessed anything like this.

Pea Ridge tested the Lady Cardinals on a Tuesday, but Howard said they kept their cool in the heat of battle after playing Prairie Grove the previous Thursday.

"We know what its like to play at home and play against a conference rival," Howard said. "We know that if we play out of control with only emotion that we commit a little bit more errors than we would playing under control and with a cool head. We stressed it in practice this week and we talked about it pre-game and throughout the match. We know, 'Hey, if you panic, if you play over-intense and a little hyper-ecstatic then you're going to make some errors and they're going to get free points so we try to be cool and under control and consistent the whole time."

Farmington likes to use big kills down the stretch to get an opponent on the ropes, then put them away. The Lady Cardinals don't seem to get rattled, which according to Howard reflects the personality of the volleyball squad.

Howard wants the players to keep a cool head, which enables them to consistently make clutch plays while benefiting from an opponent's unforced errors as they did against Pea Ridge.

"We stress in practice that if we are in system and we like the offense we can swing away and if we're out of system we're going to put pressure on the other team," Howard said. "We're not going to hit the ball out. We're not going to try to kill a ball from 20 feet off the net. We're just trying to put it over and in and find a spot where it's hard to pass from and then trust our defense, our blocking and our back-row defense is second to none. I like our odds playing against other team's offenses, too. We know that we play with that mentality that if it's there take it, if it's not be smart with it and I think it showed throughout. Once you stretch out this match, this match tonight it showed."

MARK HUMPHREY IS A SPORTS REPORTER FOR THE ENTERPRISE-LEADER.