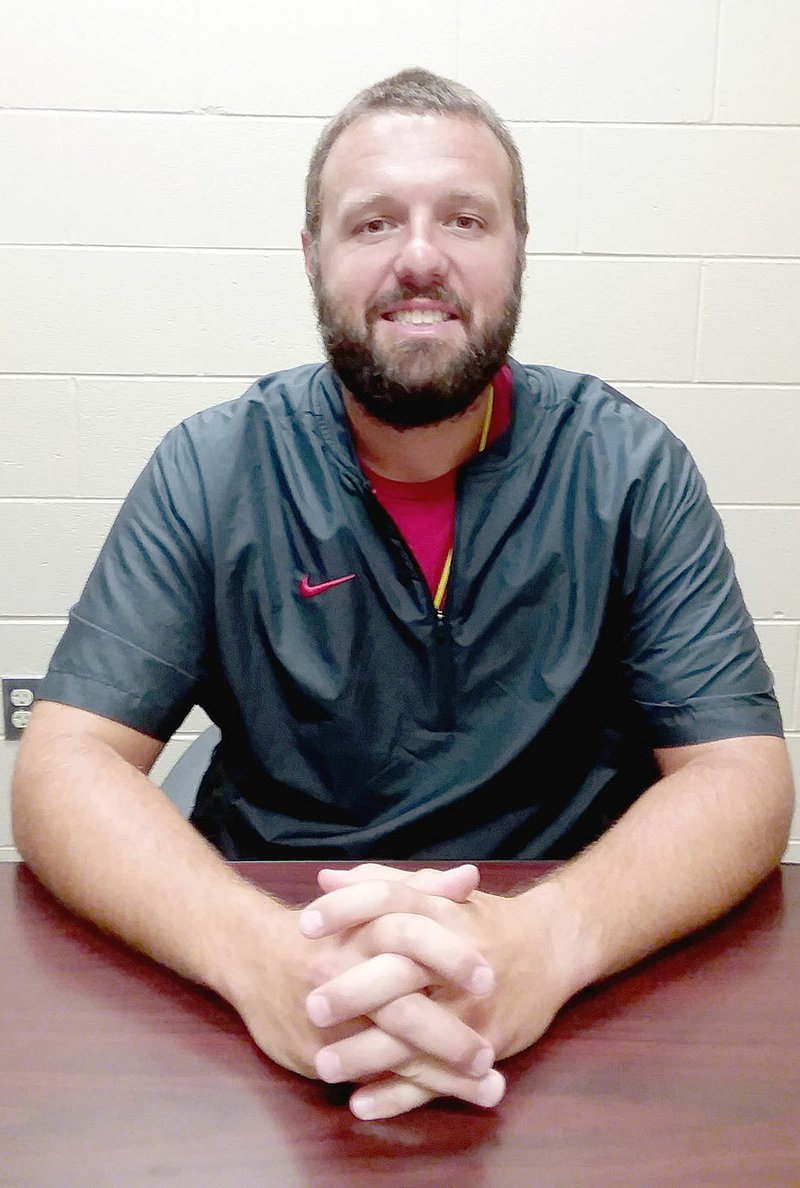 The group includes seven boys and four girls. Farmington won four matches and lost 10 in the season-opener against Class 5A Siloam Springs on Aug. 14, then faired better going 7-6 overall against Class 6A Springdale on Aug. 19.

Oct. 14-15^State 4A Meet^University of Ozarks at Clarksville

Coach Denver Holt said he has been proud of the growth from one match to another.

"We got some good competition. We've got some kids that unfortunately were gone during the summer, but they'll compete every day for that spot," Holt said.

Boys No. 1 doubles are manned by Joshua Jowers and Noah Disheroon, who went undefeated until the state semifinals last season.

"As tough as our conference is and at the state level it's very tough to do. And they were able to accomplish that feat by playing our nonconference schedule playing (Fort Smith) Northside and also Fayetteville," Holt said. "This year it's not going to be any different. We have a very loaded schedule. We're going to see a lot of good competition, so I'm hoping that by doing that, they will be challenged and challenged early to prepare themselves for the season, and my hope is that they can continue to lead as they have done this last year.

The No. 2 boys doubles team is Conner Sharp and Taylor Robbe, two young men who broke through last year and finished second overall in the conference tournament, losing to their teammates, Jowers and Disheroon, in the championship which earned them a spot in the state tournament for the first time.

"Kaylee Thomas, she came to us last year from basketball and she's a competitor and very athletic and she'll hold down one of those spots. She's going to be a junior," Holt said. "Another spot in the singles will be taken up from Isabella Guess and she played doubles the last couple of years. She's one of those returning All-District players on the doubles side of things, but she's going to take her talents and put it into singles this year. She'll be a senior, great leadership, she does a lot of great things, especially outside of tennis."

On the doubles side of girls, Isabella's partner from last year, senior Morgan Campbell, a returning All-District player, will be paired with Grace Webb, who is trying out tennis for the first time this year.

"She brings a lot of experience as far as playing sports goes. She understands how to compete. She does very well. She's very coachable," Holt said. "Those two have been paired together all summer long and they're showing a lot of outstanding potential and I think they have a very high standing as a doubles team."

The other doubles spot will be Rylee Alverson paired with Abianne Combs. They'll be competing with Taylor Ball and Malaya Logan."

"I expect some good competition out of all those girls all year," Holt said. "I see a lot of back and forth happening, which is good, cause it's always good to have girls come out and compete and challenge one another cause everybody gets better."