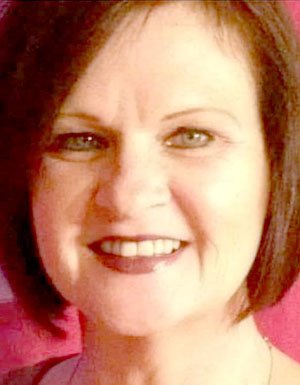 He was born March 28, 1941, in Prairie Grove, the son of Leonard and Jewel (Whitmire) Carlisle. He was an Air Force Veteran, Navy Seabees, Air National Guard all combined for 17 years. He was a 32nd Degree Mason and member of the Prairie Grove Lodge. He was the mayor of Farmington from 1968-1982 responsible for many first, sewer system, fire department, yearly festival and elderly nutrition program with Carolyn. He enjoyed One Stop Coke every morning and had many friends there. He was a people person with a great sense of humor, a very positive person, loving husband, father and grandfather.

He was preceded in death by his parents.

Luginbuel Funeral Home of Prairie Grove was in charge of arrangements.

She was a woman of deep Christian faith and spent much of her life in service to others and her Lord Jesus Christ. She spent nearly 40 years in some form of involvement with Bible Study Fellowship International as a student, leader and children's area coordinator. She was very active in the Methodist church.

She graduated as salutatorian from Prairie Grove High School in 1969. In 1973, she graduated from the University of Arkansas with a Bachelor of Science in Education with high honors. While in college, she was the honor pledge of her sorority, Chi Omega. Other memberships included Angel Flight, which represented the Air Force ROTC, Kappa Delta Pi, the honorary society for students in the College of Education, Order of Omega, which recognized the outstanding Greeks on campus and Mortar Board, an honor society recognizing scholarship and leadership on campus.

Throughout her life in Arkansas and Kansas, she was involved in P.E.O., Whittier Club, served on the House Corporation Boards of both Psi and Lambda Chapters of Chi Omega and many other charitable organizations.

She was an avid sports fan and loved the Jayhawks, the Razorbacks, the Chiefs and the Royals. But her greatest joy was cheering on her grandson, Liam, in his various activities.

She was preceded in death by her parents, Alvin and Emilie Cummings Bell and her in-laws, William and Dean Giles.

Survivors include her husband of 47 years, Donald "Don" C. Giles of the home; one daughter, Sara G. Smartt and husband, Jeremy K. Smartt, and one grandson, William "Liam" T. Smartt all of Escondido, Calif.; brother-in-law, Roger W. Giles and wife, Carolyn and daughter, Lilly all of Magnolia, Ark.

Donations may be given in lieu of flowers to the following organizations: Bible Study Fellowship International at

Luginbuel Funeral Home of Prairie Grove was in charge of area arrangements.

She was born Norma Jane Broyles May 18, 1930, nicknamed "Janey," the daughter of Eva Kathleen Reed and John (Jack) Kinnibrugh Broyles, both of Farmington. She graduated high school from John Brown Academy in 1946. She attended college at both the University of Arkansas and Northeastern State University in Oklahoma. On Jan. 11, 1948, she married James Valen Paul Hendrix, later known as Doc Hendrix of Farmington Animal Hospital. They lived together 25 years and had three children.

In the 1980s, she lived in Tahlequah, Okla., where she designed, wrote and illustrated learning materials for the Five Civilized Tribes. This is where she met and married Charles Noble.

In her long life she excelled in many things. She was an excellent artist, published author, newspaper journalist and editor, poet, historian and illustrator. She was a member of the Writers and Artist Guild, having many articles, books and poems published under the names Janey B. Hendrix and Jane Noble. Leaving quite a legacy with special collections to be found in both the University of Arkansas library archives and Pryor Center. She can be found on google as Janey B. Hendrix.

She was preceded in death by her parents; two husbands; best friends, Betty Jo Myers and Sue Cantrell; and her brother, David Coleman of Farmington.

As a historian, she wrote the article on Farmington in the Encyclopedia of Arkansas. Her knowledge of local history has been referenced for use in many historical publications. She has also given oral history interviews for Universities in Arkansas, Oklahoma and Texas.

She will be remembered for her beauty, style and intellect by all who had the pleasure to make her acquaintance.

Westfield Funeral Home of Springdale is in charge of arrangements.

She was born May 15, 1962, in Van Buren, Ark. She found a real passion in nursing and helping other people, establishing a 20-plus-year career in the field. She was a loving mother and grandmother; she will be missed dearly.

She was preceded in death by sister, Kathy Nelson; brother, Danny Ray Edgar; and grandparents, Johnny and Emogene Jones.

A memorial service was held Sept. 7, 2019, at Stockdale-Moody Funeral Services in Rogers, Ark.

Condolences may be expressed at stockdale-moodyfs.com.

Stockdale-Moody Funeral Services of Rogers was in charge of arrangements.

She was born Jan. 11, 1960, in Siloam Springs the daughter of Ira Jay and Verna (Woodruff) Thurman. She graduated from Siloam Springs High School and received her Bachelor's degree from John Brown University. She worked as an Administrative Assistant for Tyson Foods.

She was preceded in death by her father, Ira Jay Thurman.

Luginbuel Funeral Home of Prairie Grove, Ark., was in charge of arrangements.