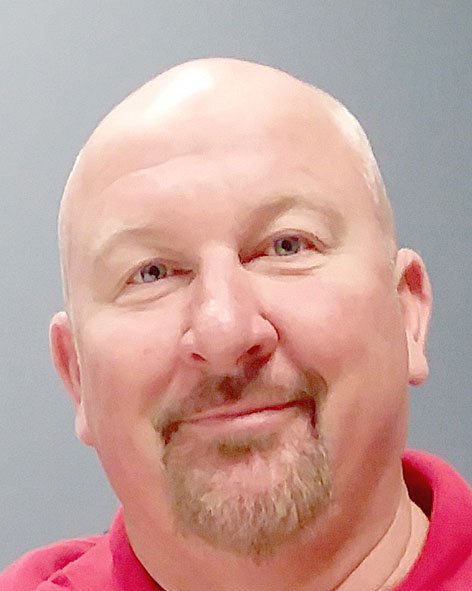 In addition to his regular duties, Purifoy recently assumed athletic oversight and has been named interim athletic director on the heels of the retirement of Brad Blew Jan. 31. Not one to sit on his laurels, Purifoy prepared and submitted a bid to host the Class 4A State basketball tournaments at Cardinal Arena March 4-7.

The Arkansas Activities Association awarded the bid to Farmington and the school will play host for state.

"It's an exciting time, not only for us as a school, but as a community bringing 24 teams to host the state basketball tournament," Purifoy said.

The bid process turned out to be a little more extensive than he anticipated, but he is thrilled at the opportunity to showcase Cardinal Arena, the high school, and other top-notch athletic facilities.

"I believe our people have put lots of time and effort into making this happen and I felt like it was very important to bring the state tournament to Farmington, Arkansas," Purifoy said. "We've got a lot of talented young ladies and young men here. We've got extremely good coaches. It started many years ago and I believe it will continue. Our parents that coach these kids through the summers and all the way up til they get to be high school athletes have played a role in the success of our town and our school."

Farmington desires to present a welcoming atmosphere to tournament participants, rolling out the red carpet for everybody from coaches, players and parents to officials and fans.

"We want to kind of basically show off our facilities. We're extremely proud of it. As a community we came together and built this beautiful place and we're excited to show it off and show what we can do here to help them and help as far as any type of assistance that they may need during the season and the game," Purifoy said.

"You cannot come in with any type of body paint and you do have to have shirts on," Purifoy said.

As with any Arkansas Activities Association sanctioned event, a strong emphasis is placed on maintaining sportsmanship at all times.

"Sportsmanship is a big key for the spirit squads as well as fans (supporting) their kids playing the game," Purifoy said.

He wants those attending the tournament to keep in mind that "Our officials, they're human, they do make mistakes."

"I think if you would ask any one of our kids, they wouldn't want their parents to embarrass them out on the floor, and that goes for any school," Purifoy said.

Local fans, who may have obtained season passes or other types of admission to Farmington games in the past, won't be able to use those to gain admission to the state tournament.

It's a state event and the state (Arkansas Activities Association) determines admission," Purifoy said. "All we're doing is hosting the site."

The only passes that will allow entrance are Arkansas Activities Association passes. The pass-holder must bring along photo identification.

A police presence will be maintained for security. Bags may be checked by police.

Participating athletes wanting to attend sessions or games they are not involved in must be accompanied by a coach to gain entrance or pay for their admission. General admission prices are $6 for adults and $6 for children.