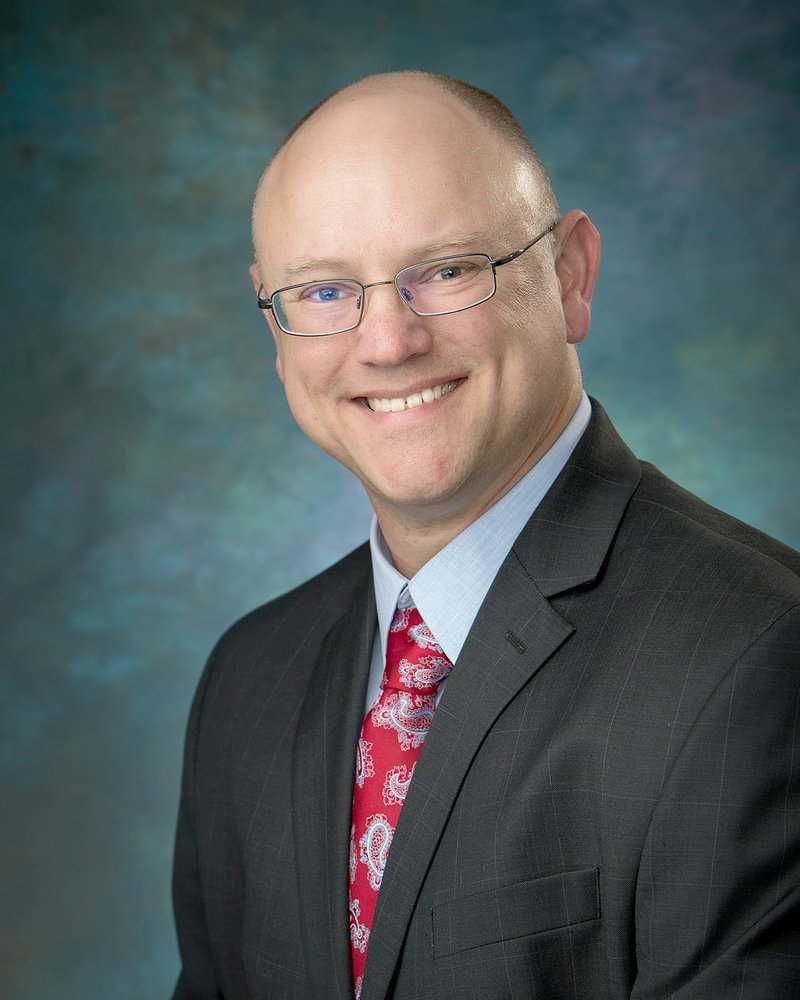 FARMINGTON -- Mark Vaughn is seeking Position 3 on Farmington School Board because he is passionate about the school and community and wants to use his skills and contacts as a professional businessman, local community leader and parent to represent children, parents, staff and faculty with integrity and servant leadership.

"I genuinely care about what is best for our growing school district, will advocate for all students, will confront hard issues, and will always listen to the concerns of the community," Vaughn wrote in a candidate's profile form for the Enterprise-Leader.

Vaughn has lived in Northwest Arkansas for 23 years and in Farmington for more than 13 years. He has three children in the Farmington School District, one at the high school, junior high and in elementary school.

He is a senior pricing manager for Tyson Foods. He graduated from the University of Arkansas in Fayetteville with a bachelor of science education degree in kinesiology with an emphasis in sports medicine/athletic training. He has a master's degree in business administration from Webster University.

Vaughn said he is running for the board position to give taxpayers an "unbiased voice" and to listen to what they have to say.

"I have owned businesses in the past and work with business professionals every day, from the executive in the boardroom to hard-working farmers and factory workers," Vaughn wrote.

Vaughn describes a school board as a governing body that adopts and oversees the annual budget while setting the vision, goals and policies that affect the school and children of the district.

"The school board works jointly as a team to accomplish this purpose while prioritizing goals," Vaughn said.

Vaughn said he has experience in many areas that he considers qualifications that would help him serve as a member of Farmington School Board. These areas include owning a business, work experiences, community involvement and civic involvement.

He's led and managed large projects with diverse areas of focus, has experience leading through growth and is a leader of strategy within multiple businesses and across different areas of focus from agriculture farming to retail food products, according to his profile form.

He said he's also engaged with the schools, community and the people of Farmington and makes the time "to get things done." He's a member of the Farmington Booster Club, an active coach and umpire with Washington County Civic League, has been involved with Watch D.O.G.S. and supports his children in their extracurricular school activities.

Vaughn said he has owned a 2,500-acre agricultural business, is current on issues being addressed by the school district and has experience with budgets and evaluating financial statements. He has experience dealing with executive bodies, managing conflicting and driving improvement. He said he considers himself a "great communicator" and is able to remain level-headed in stressful situations.

He's involved with his local church and its community project called Mercy Mall that provides thousands of pounds of donated protein weekly to the Farmington community and surrounding areas.

Vaughn also has served as a member of non-profit boards in the past, including boards for Buckmasters NWA and National Wild Turkey Federation.

If elected to office, Vaughn said his goals include continuing to expand the district's footprint in anticipation of a growing community population and student growth.

"Whether using current district grounds and buildings or acquiring more, we must act with vigor to prepare a financial plan that uses district resources while providing fiscal stability without added parent burdens," Vaughn said.

He also supports a pre-kindergarten program within the district, retaining and growing the district's teacher base, increased transparency of goals and objectives, reducing the number of students with food insecurity and increased safety in the schools.

To retain and grow the teacher base, Vaughn advocates providing acknowledgements and funding for teachers who go above and beyond.

For increased transparency, he wrote, "The board has done a great job of governing and overseeing the district. Let's show the community what their elected board members are doing in a more public/user-friendly platform to create a sense of unity and ownership."

For increased school safety, he noted Farmington has made major improvements but there is "always more that we can do" in today's society. Vaughn supports making safety a priority in the school buildings but also at school functions.

The biggest challenge facing Farmington schools, Vaughn said, will be determining and planning for the growth that is coming during the next 10 years. This planning will be paramount to the success of the district, he noted.

Vaughn points out many strengths in the school district today. These include a "family first mentality," committed leadership teams, leaders and staff who are involved in the community, engaged parents, a close-knit atmosphere and rich heritage in athletics and the arts.

In addition to his goals, he said he would like to see increased technical programs and classes and additional support and services for special education and children with disabilities.

Vaughn said he is available and encourages questions, concerns, suggestions and discussions. He can be reached at [email protected] or 479-966-5398.