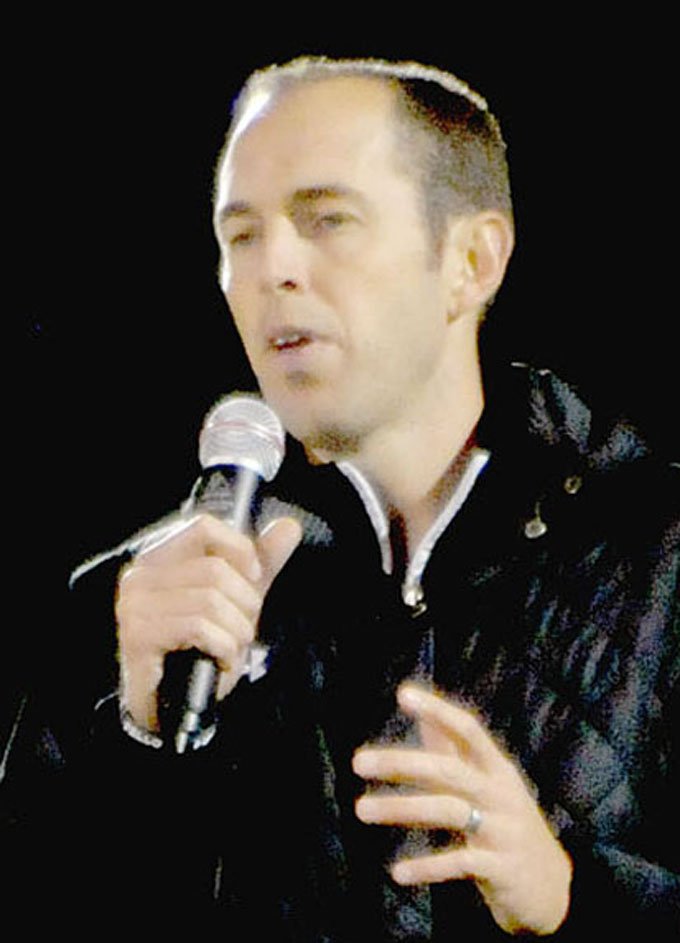 FARMINGTON -- "Let's go Seahawks" greeted Jeb Huckeba as he began his speech during a Fellowship of Christian Athletes event at Allen Holland Field.

Speaking at a FCA event, he presented a defensive theme called Code Red, which brought the University of Arkansas much success when he played defensive end for the Razorbacks. Huckeba outlined the four pillars of Code Red explaining how they can help one as an athlete, and more importantly, he said, as a follower of Christ.

"The first pillar in Code Red is be prepared," Huckeba said. "Now, when you think of being prepared for a sport, there's two things that come to mind. No 1, a game plan; you got to have a great game plan in order to be successful on the court, on the field, whatever sport you play."

Huckeba said the same thing is true in a person's faith because every day that one wakes up a battle's going on. He described various temptations that detract or distract from an athlete achieving peak performance.

"Sometimes I get too relaxed and I don't really think about being in a battle, but the battle is going on for your souls and for the souls of your friends," Huckeba said.

He asked those gathered at the FCA event held at Farmington's Allen Holland Field what are some things that student-athletes can do daily in their walk with Christ to be prepared for this spiritual battle.

"Pray, what else?" Huckeba asked.

The repeated question generated a chorus of responses, "Worship. Read the Bible."

"Worship, spread the word," even more responses were vocalized.

"Quiet time," Huckeba affirmed, adding, "Spending time with Jesus morning and night whenever you have time."

"Go to church," came from a distance.

"Go to church," Huckeba agreed. "Be with a community of believers that are worshipping the Lord. Have a mentor or someone who disciples you meet with you to help you grow in your faith. Sharing your faith with others."

"All these things, that's how you get prepared for the real battle that's going on," Huckeba said.

Huckeba said the second pillar in Code Red is playing hard, recalling a coach at Arkansas his junior and senior years, who used to say, "I want you to ball til you fall."

"'Ball til you fall,' that's just a few words describing his philosophy of how hard he wanted us to play," Huckeba said.

"He would rather us play five hard plays, tap our helmet, and come out and get a drink than be on the field for 10 plays in a row and go half speed. That was his philosophy. The older I get the more I believe that's true. It's important that we invest everything we have in our faith and it's not easy to do."

The third pillar is to go max speed. Huckeba changed positions after his sophomore year in college moving from linebacker to playing defensive end. He had to go from 230 pounds to 250 pounds so for about a year found himself eating 5,000 calories a day.

"That was a job. That was not easy to do," Huckeba said. "Some of you may think, 'Hey, that would be fun, I'd love that.' It actually was a lot of hard work, but I was able to do it through daily getting up and eating the food I needed to and working out."

Huckeba listed examples in two guys, Usain Bolt and Justin Gatlin, who are among the fastest 100-meter sprinters in the world.

"They are meticulous about what they put in their body so they can run max speed," Huckeba said. "Everything that they eat is calculated. They plan it. They're not putting anything in their body that would slow them down at all."

Gesturing at the north and south goal lines at Allen Holland Field, Huckeba said, "If we had a race, and you ran from that goal line to that goal line, and you ran it free, you felt good, full speed; and then I had you put on a 50-pound backpack and run it, your time's going to be slower."

He then challenged the student-athletes to ask themselves are they running their best race in their faith?

Huckeba asked student-athletes to take a personal inventory doing a self-evaluation to determine whether pride, wrong priorities, negative influences, chemical or emotional addictions and not honoring parents might be factors detrimental to their athletic performance and Christian faith.

"There's a lot we can be tempted by. We know we're in a daily spiritual battle," Huckeba said. "There may be something that I haven't listed, but you know what it is and that's between you and the Lord and I want to tell you right now to throw it off, get rid of it, because it's holding you back from being the follower of Christ that you can be to impact more and more people."

Huckeba concluded with the last pillar in Code Red, which he said is to finish.

"Have you ever had a coach tell you to finish through the line or finish a drill? At some point in our lives, we probably all have," Huckeba said.

Using an example from his professional career, Huckeba recalled the Seattle Seahawks winning the NFC championship which earned them the right to face AFC champion Pittsburgh Steelers on Feb. 5, 2006 at Ford Field in Detroit, Mich., in the NFL's biggest game.

"In 2005, I was on a team that made it to the Super Bowl. As well as we played during the season, we didn't finish that game, and as a result, we didn't win the prize," Huckeba said.

Pittsburgh won 21-10 using a 43-yard touchdown pass from wide receiver Antwaan Randle El to a wide-open Hines Ward on a trick play to seal the game.

Huckeba cited Paul's example noting the Bible records Paul was beaten, shipwrecked, jailed, and went without food among hardships faced, yet wrote 2 Timothy 4:7, "I have fought the good fight, I have finished the race, I have kept the faith."

"Christ was the Ultimate Finisher, he gave his life for us," Huckeba said.

Huckeba challenged those in attendance, "What do you want to be said about your life in Christ when you are finished on this earth?"