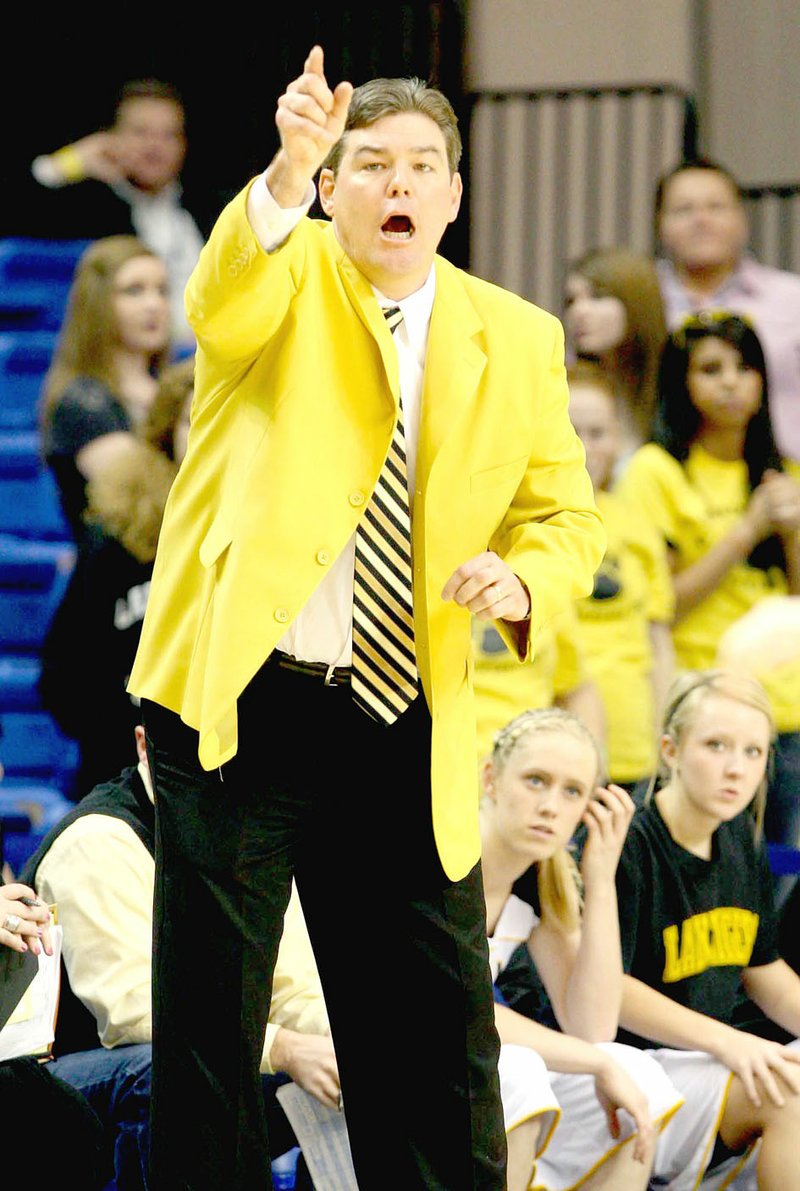 FARMINGTON -- Not since the gladiator days have Saints had so much problems with Tigers as the Shiloh Saints have had against the Prairie Grove Lady Tigers.

On Saturday, Feb. 26, 2010, Prairie Grove claimed the 4A North Regional title by dispatching Shiloh Christian, 52-30, at Farmington's Myrl Massie Gymnasium in a contest that was even more of a blowout than the score indicated.

In the four times that Prairie Grove faced the defending Class 4A State champions during the 2009-2010 season, the Lady Tigers won by an average of 20 points.

In the Regional championship, Prairie Grove built more than a 20-point lead with two minutes to play in the second period. While the Lady Tigers were scoring from all areas on the offensive end, they were likewise enforcing their will on the defensive half of the court.

Prairie Grove coaxed Shiloh into 16 turnovers in the first half, held the Lady Saints to just four points in the opening period and goose-egged Shiloh in the second while building a 25-point lead at halftime (29-4).

"We were disappointed with the way we've played the last two games, but we won," said Lady Tigers' coach Kevin Froud.

"Right now I say you can play as ugly as you want to as long as you win," Froud said. "They weren't satisfied with it (their play) and I wasn't either, but I sat back and looked at it and thought, hey we won, one is as good as 30 as long as you keep playing and keep winning."

Eleven Lady Tigers recorded points in the victory led by Kendra Coyle with nine points. Coyle scored four points in the first period, both coming after she harassed the Saints into a turnover. Michelle Lumsargis' 3-pointer midway through the frame staked Prairie Grove to a 10-0 lead. Shiloh cut the lead to 12-4 by the end of the quarter, but their woes were just beginning.

Shiloh couldn't find the bucket from anywhere on the court in the second period and their opportunities were slim, because of the 10 turnovers forced by the Lady Tigers in the stanza.

The Lady Tigers, on the other hand, were adding 17 points to their total, with five points each coming from Coyle and Julie Rutherford. Rutherford's basket in the paint coming on an assist from Lumsargis put the Tigers up 29-4 just before intermission.

Even more impressive than the Lady Tigers' scoring total was the defensive effort of Elysia Clement on Shiloh's Kami Garrison.

Clement, who was giving up at least 4 inches and a considerable amount of pounds, held Garrison, a 4A All-State tournament team performer, scoreless in the first half. Garrison didn't tally a basket until 4:03 of the third quarter and only finished with five points, three points coming in the fourth period when the game was well in hand.

A Lumsargis steal at the 4:30 mark of the third period led to a 3-pointer from Morgan Abernathy and gave Prairie Grove their biggest lead 40-9. Shiloh closed the gap to 43-15 going into the final stanza, thus sparing them the enforcement of the continuous running clock "mercy rule."

Froud trickled in some reserves throughout the fourth period, eventually going with a nearly all-freshman team by the 2:30 mark. The resting of the Lady Tiger starters allowed Shiloh to close the gap to a respectable 52-30 by the final buzzer.

With the victory, the Lady Tigers earn the No. 1 seed out of the 4A North, which gave them a first-round bye in the 2010 state tournament held at Highland March 3-6, 2010. Prairie Grove knew going in they would play Thursday, March 4, 2010, against the winner of Valley View and Malvern.