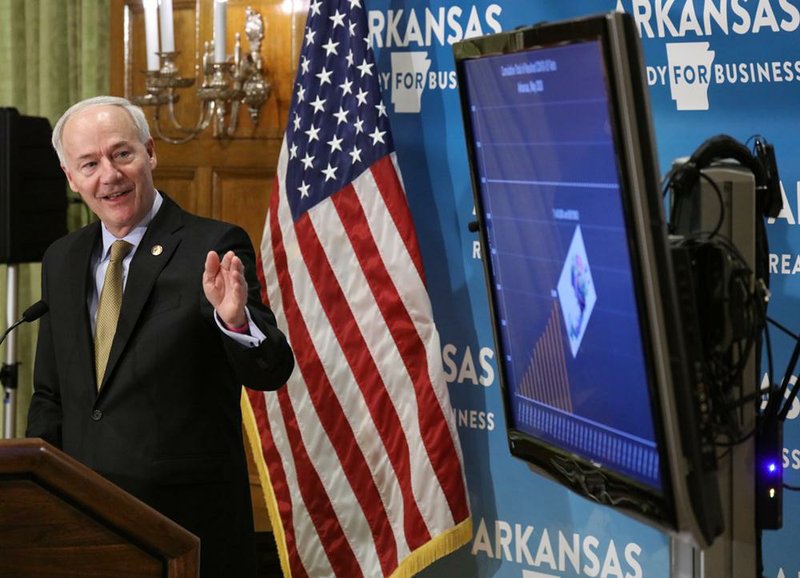 FILE — Gov. Asa Hutchinson speaks to reporters during his daily briefing at the Capitol in Little Rock in this May 15 file photo. (Arkansas Democrat-Gazette/John Sykes Jr.)

The state recorded 249 new cases of covid-19 Wednesday, including 245 among the state’s nonincarcerated population, Gov. Asa Hutchinson said. The figure is lower than the daily record set a day earlier but still one of the highest single-day increases to date.

Hospitalizations are also at their highest level yet, 138, Department of Health Secretary Dr. Nate Smith said, and have increased for the past four days.

Six more Arkansans also died of the virus bringing the toll to 142.

Of the active cases, 102 are in nursing homes, 55 are in correctional facilities and 2,051 are in the general population.

Pulaski County, which has recently been among the top counties for new cases but usually below those in Northwest Arkansas, saw the highest number of new cases Wednesday, with 33.

Check back for live updates.

[Video not showing up above? Click here to view » https://www.youtube.com/watch?v=HqrlTUDoZCI]