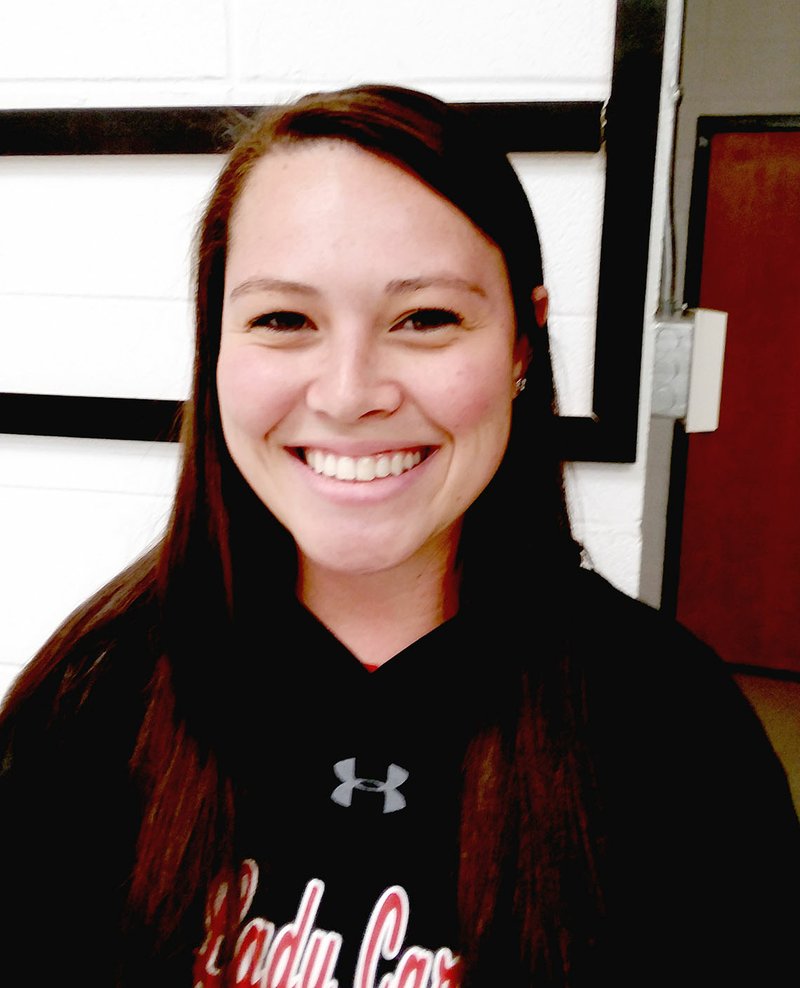 FARMINGTON -- Breanna Jones can't help herself, a desire to win at every opportunity burns brightly, inspiring the boys and girls grades 7-12 she coaches in cross country at Farmington.

Jones showcased a competitive nature while leading the 2011-2012 Lady Cardinal girls basketball team into the District 4A-1, 4A North Regional and State 4A finals during her high school senior season. That drive to excel gets passed along to the cross country athletes, whom Jones admits feed off her personality.

"Yes, I am competitive and they are, too," Jones said. "They just go out there and run until they want to puke almost."

The privilege and thrill of coaching at her hometown high school where she experienced success isn't lost on Jones.

"It is like a full circle. It's honestly a joy to be able to come back here and hopefully instill some of the things that my own coaches and my own teachers instilled in myself," Jones said. "It's really awesome to be able to do that."

During the winter Jones assists Brad Johnson, who took over Farmington's girls basketball program when she was a sophomore in 2009-2010. Johnson coached the Farmington girls track and field team for several seasons.

"He's taught me so much, so much perspective. He's just so wise about the game. His basketball IQ is off the charts," Jones said. "I don't think there's ever a conversation that I don't learn something from him."

That distinction, according to Jones, belongs to long-time assistant and fellow Farmington alumni, Jessica McCullough, who served as head volleyball coach when Jones and 2012 classmate Lexi Lewis pounded the net with every opportunity. McCullough once held the school record for most points in a basketball game by a Farmington Cardinal with 47 until Matthew Wilson broke that with 49 and 50-point outings in 2017.

"She's the most competitive woman I may know. She pushes her teams in ways that I am learning from right now," Jones said. "Just how to push my team to the best of their ability."

Based on Cardinal cross country results from this past fall, Jones is learning well.

"I had a lot of seniors this year, who have definitely blazed the trail of what cross country is going to be at Farmington," Jones said. "My junior boys ended the conference in runner-up. The junior girls finished first and senior boys were runner-up."

Seniors Kolby Gardner and Joelle Tidwell became the school record-holders in their respective boys and girls categories. Gardner placed second at the District 4A-1 meet hosted by Prairie Grove Oct. 29 with a personal best of 17:25.21. Tidwell placed 19th and was bumped up to 16th with a time of 23:10.87 at district then achieved a personal best of 22:08.70 while placing 28th which became 26th at the State 4A meet held at Oaklawn Park at Hot Springs on Nov. 9.

"They have the fastest times for a 5K at Farmington right now," Jones said. "So, that's big time."

"They are going to come up and be very strong runners for us next year," Jones said.

Two were promoted to varsity and ran in the 2019 State 4A cross country meet. Gavin Spurlock finished 33rd, second among Farmington runners, and was awarded 30th place with a time of 18:46.30 while Cody Klotzbuecher saw his 88th place bumped up to 78th with a time of 19:54.10.

"Both of them were still kind of recovering off injury and they still had some really good times," Jones said.