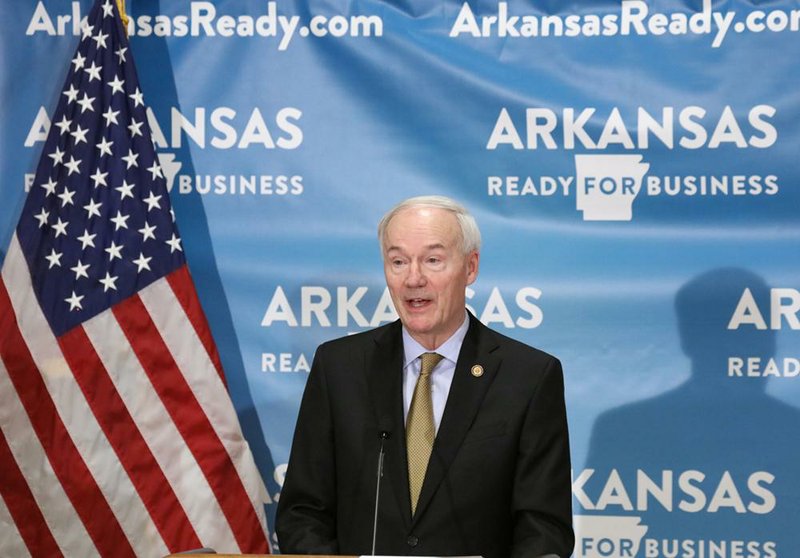 Gov. Asa Hutchinson announced Thursday that some team sports can resume practice and competition June 1 under restrictions similar to those placed on industries.

Hutchinson said the rules apply to youth and community sports, not collegiate athletics.

Under the directive from the state Department of Health, limited-contact sports, including baseball, softball, track, swimming and gymnastics, can resume practice and competition with physical distancing whenever possible.

Athletes are asked to use their own equipment when possible, and shared equipment must be sanitized often.

Practice and competition for close-contact sports, such as basketball, football, wrestling, volleyball and soccer, cannot yet resume, but that decision will be revisited at the end of June.

Conditioning and training is allowed for athletes in close-contact sports, so long as teams follow guidelines set for gyms if teams are inside a training facility, or as long as team members maintain physical distance if conditioning outside.

Cheerleading and dance can also resume practice under the guidelines set for gyms.

For all sports, coaches and staff are required to wear masks at all times under the directive, while athletes ages 10 and over must wear them when not exercising or playing.

Regarding spectators, arenas and fields must follow the guidelines set out for large venues, which include limited capacity and physical distancing between visitors.

The use of showers is prohibited under the directive, and locker rooms are only to be used for storage.

The department also requires staff, coaches and players to be screened for fever, symptoms and exposure to cases of covid-19.

The state reported a record number of new cases of covid-19 Thursday, which Department of Health Secretary Dr. Nate Smith called both “alarming” and largely a result of increased testing.

The new record included 229 cases from correctional facilities and 226 cases from nursing homes and the general population, for a total of 455.

The correctional cases were previously reported verbally but did not make it into the state’s total until Thursday. Smith has said there is a lag between test results coming in and their being entered into the digital database.

The 226 other cases still mark a daily record for new reported infections among the state’s nonincarcerated population. The second highest number of new cases among nonincarcerated Arkansans in a single day, 113, was reported May 14.

Smith attributed the large spike in large part to the increase in testing in recent days.

He also cautioned people from automatically attributing the increased number of cases to the reopening of many businesses and venues in the state. He said his team will need to investigate during its contact tracing the source of the infections.

“We need to look down and actually see what’s happening,” Smith said. “Are these cases that were associated with activities that have been going on from the beginning or are these associated with newly reopened activities? That’s the critical question.”

Gov. Asa Hutchinson said the state would be investigating whether any cases represent a cluster outbreak associated with one business or venue.

Smith noted the new cases were spread out across the state.

The new cases include 33 in Yell County, 26 in Washington County, 27 in Benton County, 19 in Union County, 17 in Craighead County and 17 in Crittenden County.

1:45 p.m. UPDATE: The number of coronavirus cases in Arkansas rose 455 since Wednesday afternoon, Gov. Asa Hutchinson said at Thursday's briefing. The total number of cases in the state is 5,458.

Three people with covid-19 died, bringing the toll to 110, according to Hutchinson.

EARLIER: Gov. Asa Hutchinson will give an update on the state’s response to covid-19 at 1:30 p.m.

Watch live below, and check back for updates.

[Don't see the video above? Click here to watch.]