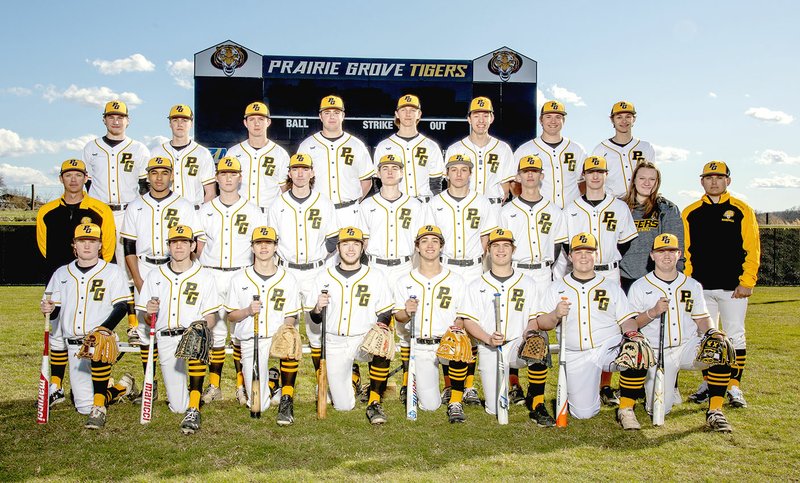 PRAIRIE GROVE -- Hindsight offers 20-20 vision going back to 2019 when Mitch Cameron decided to return to Prairie Grove one factor he weighed were nine seniors returning at Rogers Heritage.

Cameron resigned following the 2015 season after several highly-successful years at Prairie Grove, including a State Runner-up finish in 2011, to take the head baseball coaching job at Heritage, which was then a 7A school in baseball. He never experienced the same level of success at Heritage, which did not qualify for state during his tenure from 2016-2019, but that appeared almost certain to change in 2020 with nine seniors coming back, all of whom started since they were freshmen in Cameron's program.

The War Eagles had pitching and a mix of underclassmen and Cameron built relationships.

No one knew at the time that had he stayed at Heritage, Cameron would have only got seven games in before the 2020 season was suspended and eventually canceled as part of efforts to limit a possible spread of the coronavirus.

"It's funny how God works. He's got this plan and it's up to me to trust him and it all seems to work out," Cameron said.

Hindsight or not Cameron is thankful he made the decision to return to Prairie Grove, where he now serves as assistant high school principal and head baseball coach.

In addition to family considerations, which became the over-riding factor in his decision to come back to Prairie Grove, Cameron can't contain his joy over the time he got to spend coaching Prairie Grove's baseball team, especially to six seniors: Triton Boyd, Kyle Fidler, Will Luther, Marshall Montgomery, Matt Rush, and Cole Vertz.

For Cameron, witnessing the attitude and effort put forth among the Class of 2020, made all the investments into getting a program back on its feet. The Tigers had been ranked in the top 20 during preseason, but were shocked by the departure of coach Chris Mileham days before the 2019 season-opener and fell apart going 1-7 in conference play under interim coach Jed Davis, who ironically now becomes Cameron's immediate supervisor with Ron Bond resigning as Prairie Grove High School principal and Davis being promoted from the junior high.

"We were excited about where we were going although the record didn't show it," Cameron said while noting the Tigers' 2020 record was 1-6 against strong nonconference opponents including 6A Springdale.

Prairie Grove lost its last four games by five runs. Their opponents' combined record was 24-15. The team's problem, Cameron believed, was fixable as the Tigers struggled through an inability to string together timely hits.

'We were facing great pitching and great teams," Cameron said. "We just needed to keep going. Their attitudes were great."

Other aspects of the Tigers' game excelled, particularly defensively.

"We threw strikes. We only had two or three errors in seven games," Cameron said. "We pitched and played defense."

The fact that the ballclub showed excitement to get to the conference schedule spoke volumes to Cameron. It was as if the team knew their breakout was just over the next hill when the Arkansas Activities Association suspended the season and imposed a dead period before eventually cancelling all 2020 spring sports.

With the announcement this week that restrictions have been relaxed allowing high school baseball and softball teams to resume practice in June Cameron is ready to get back on the diamond.

He coaches a travel team, which is going to a tournament at Joplin, Mo. in two weeks.

"A lot of kids are anxious to get back at it. I'm ready to get back to a normal life" Cameron said.

"My seniors this year, the gave 100 percent. They were ready to go. They changed the culture. Without those guys it would have been hard to do it," Cameron said. "Our dugout never got down. They just stayed the course. They knew all it takes is one inning to change the game. I want to thank them for what they've done for us."

His parting message expresses hope for the future of Tiger baseball while acknowledging senior contributions from the short-lived 2020 season.

"Unfortunately, you guys didn't get to finish the season and show the impact you had," Cameron said. "They might not see the immediate effects of it, but they will see the long term effects of it."