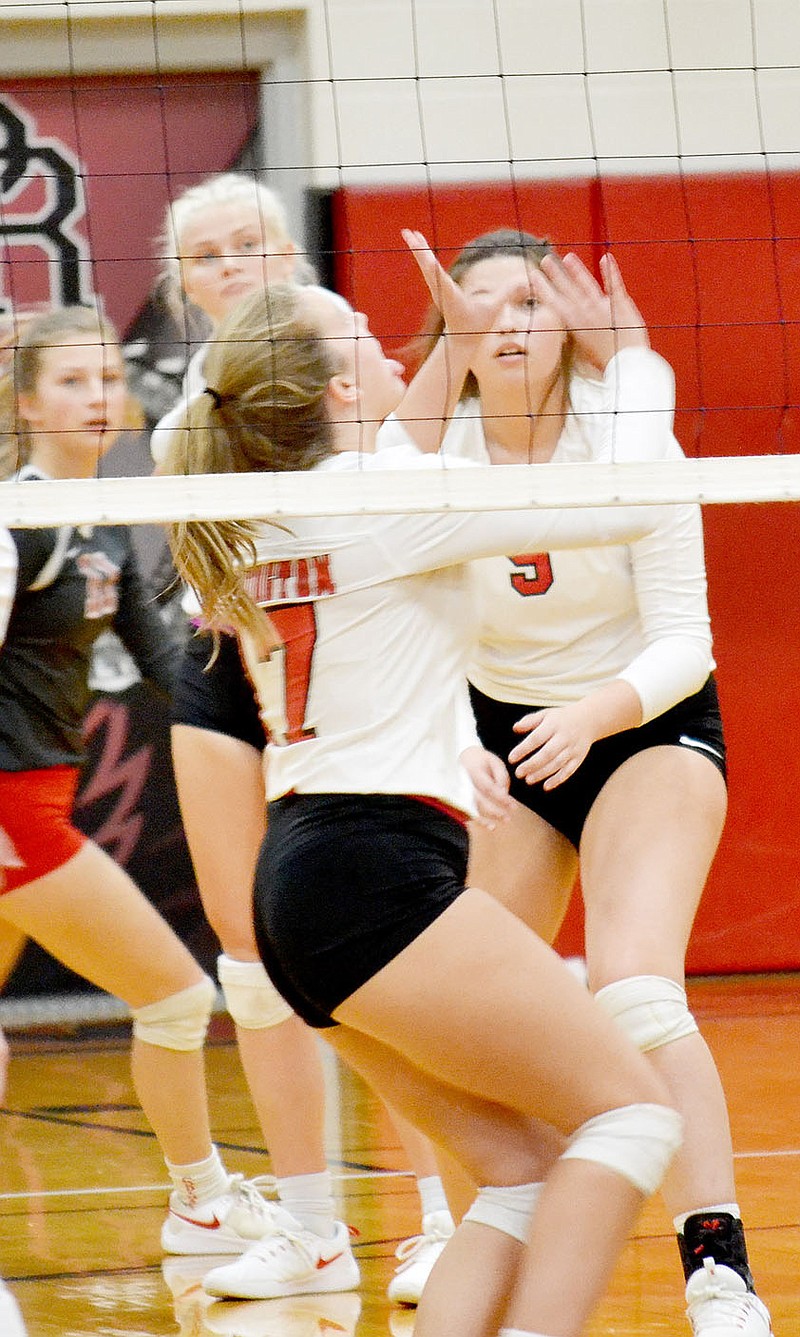 "Our season was really up and down. We lost nine graduating seniors from last year. There were several spots up for grabs on the team, and we were still learning each other," said Farmington coach Greg Pair, who took over the program in late spring and couldn't begin practice until mid-summer due to covid-19 restrictions.

Pair mentioned multiple players finding their roles as the season progressed eventually concluding with a trip to the state tournament, and highlighted by a come-from-behind thrilling 5-set win on the road at Berryville (25-23, 19-25, 13-25, 26-24, 15-8) in the district quarterfinals Oct. 21.

"Madison Cox served 21 times in that match. She served really well," Pair said. "They [Berryville] had swept us in the season, so to be able to come away with a win at their place that put us into the state tournament was huge."

Cox served the final two points for the win at Berryville, and four blocks including a monster defensive play.

"Madison Cox gets a block to the floor that puts us up 10-5 in the fifth set," Pair said. "So, we were feeling pretty solid about that, especially when you're going to 15."

"Paige Thorton, my quiet senior, was one that I thought at the beginning of the season, 'I don't know how she's going to get on the court.' She was my most improved player," Pair said. "She became a role-playing starter for us. Her playing time was very minimal when we were at full strength early in the season, but she worked her tail off and she was big for us at the end of the season. Paige really stepped up for us to be a role player at the end."

On the opposite side of the bracket Pea Ridge defeated Prairie Grove 3-0 and advanced into the other 4A-1 Conference semifinal game at Harrison. The Lady Goblins won that match (25-12, 25-18, 25-23) to set up a championship bout against Shiloh Christian while Pea Ridge dropped into the consolation match against Farmington.

"Zoe Nix, a sophomore, comes up and immediately gets thrown out there. She never once wavered. She played her tail off," Pair said. "Remington Adams, really my motor on the floor, she comes back for us."

Pair scarcely can contain his excitement about next season noting he has more players working out lifting weights and training during the off-season than in years past.

"Coach [Mike] Howard had three to five girls normally in the off-season and I've got 14," Pair said. "I don't have to push them too much because they want it. They're going full tilt." 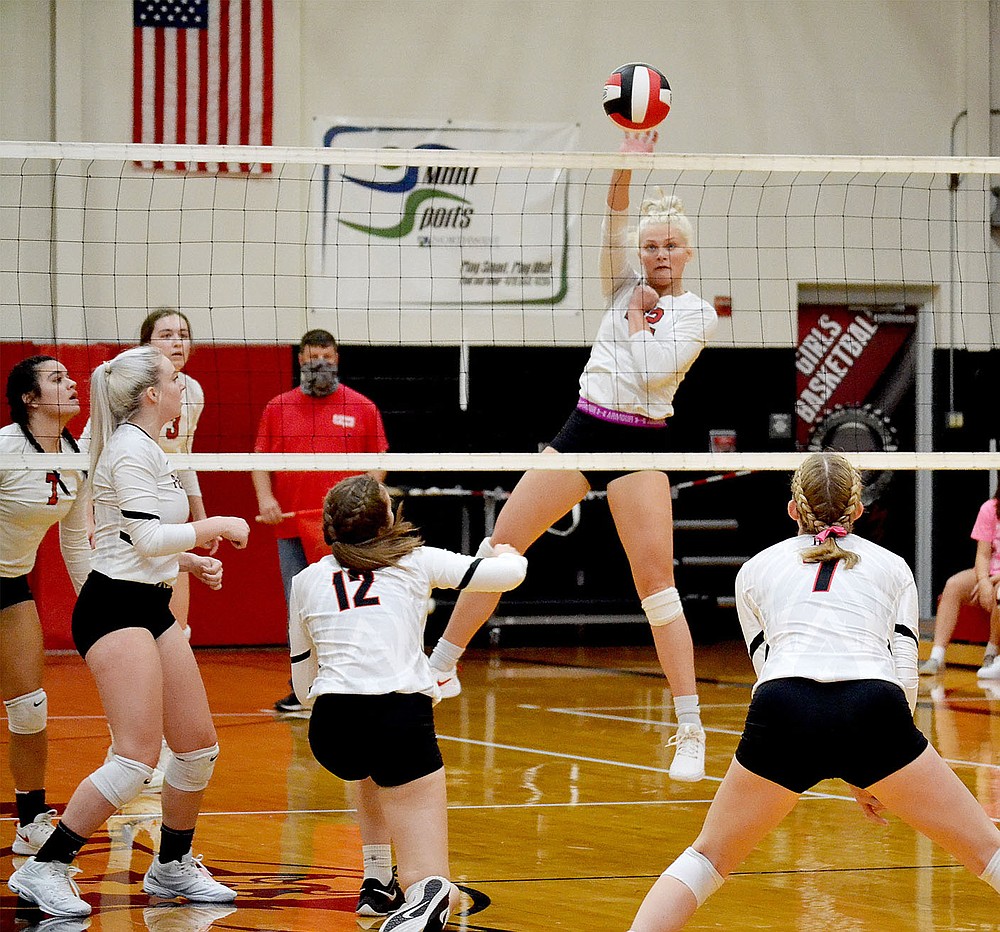 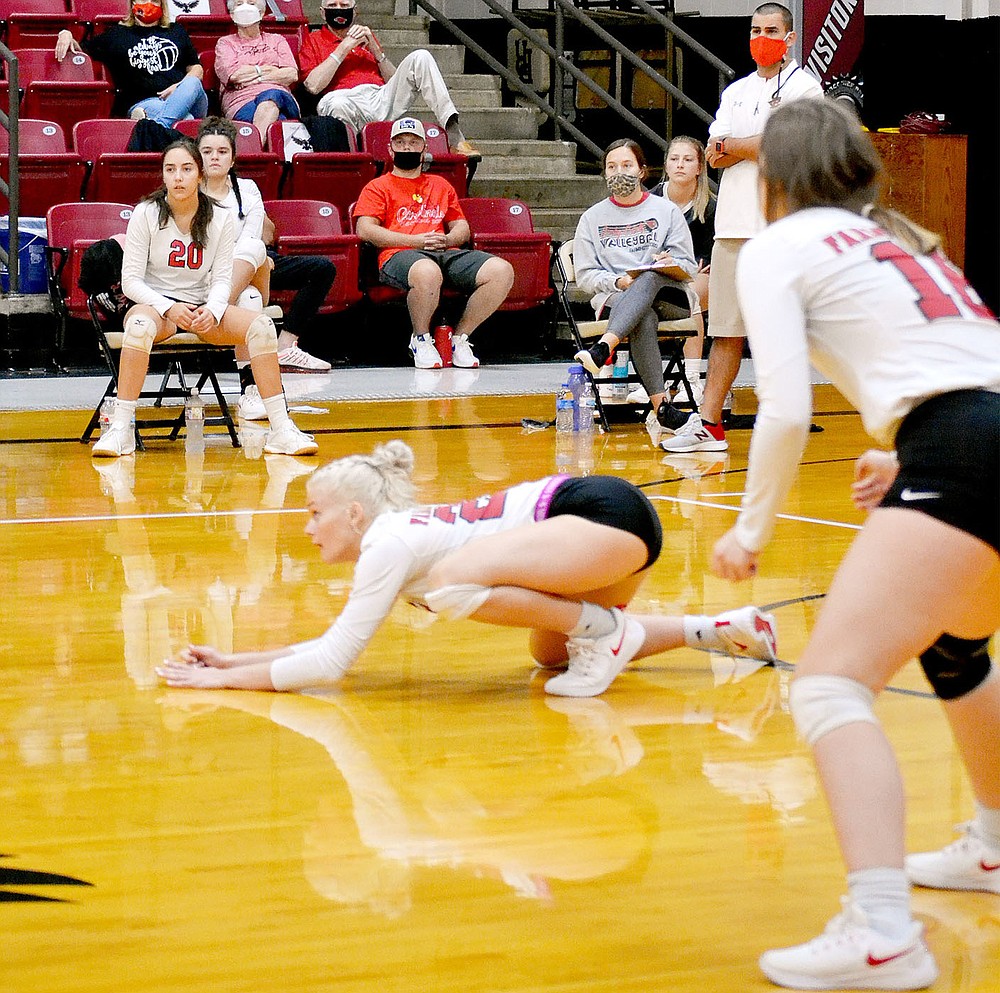 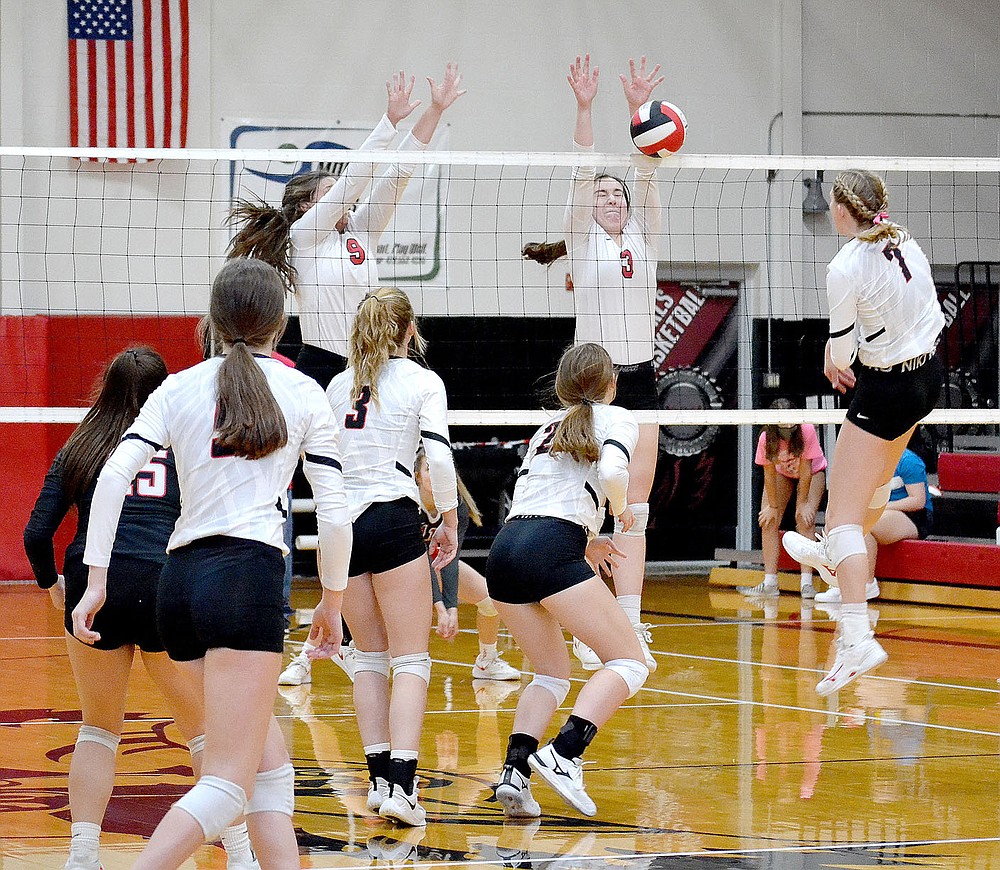 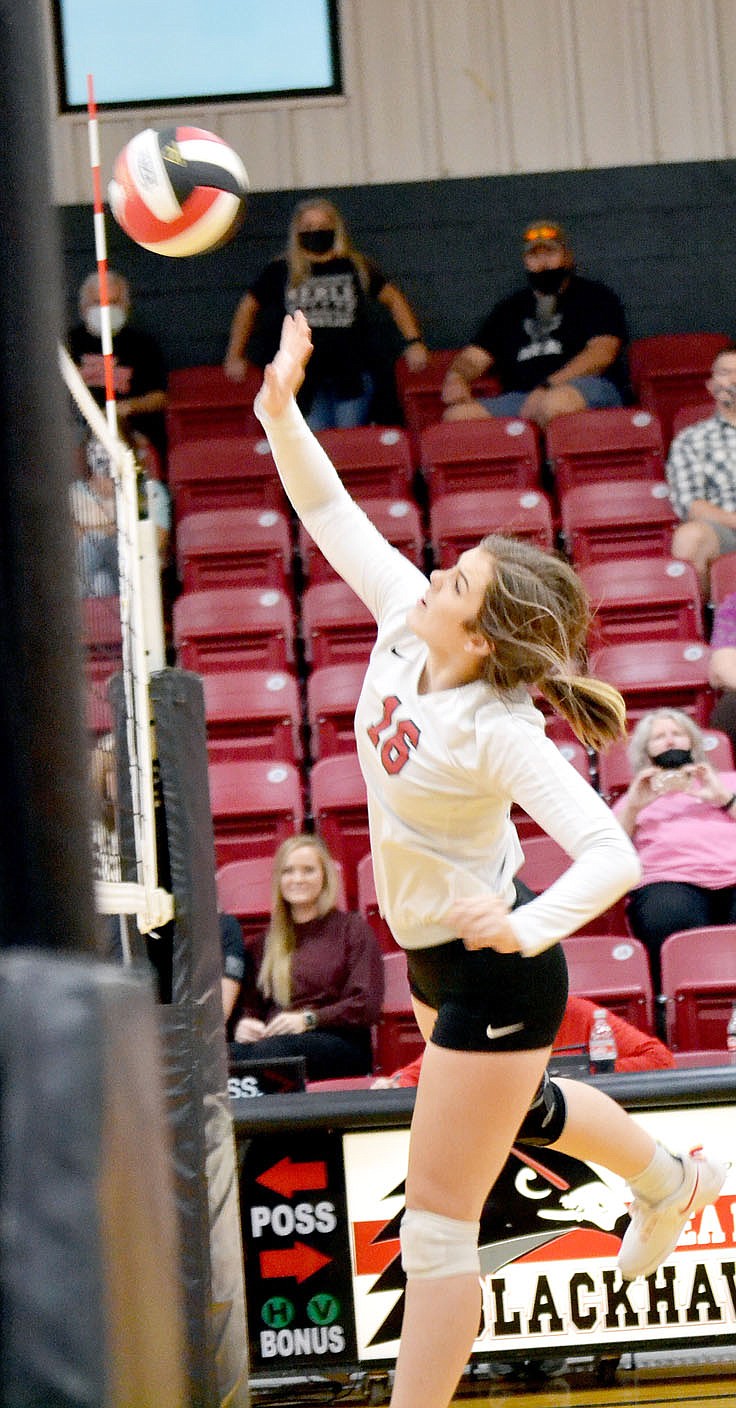 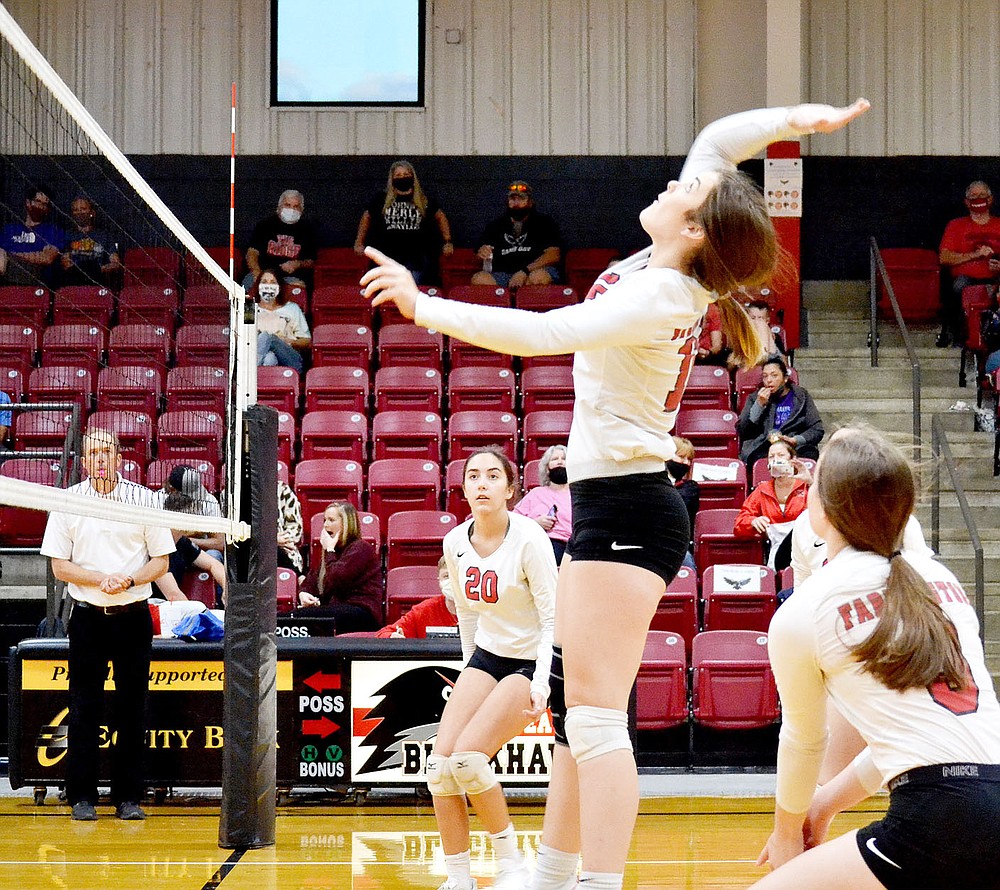 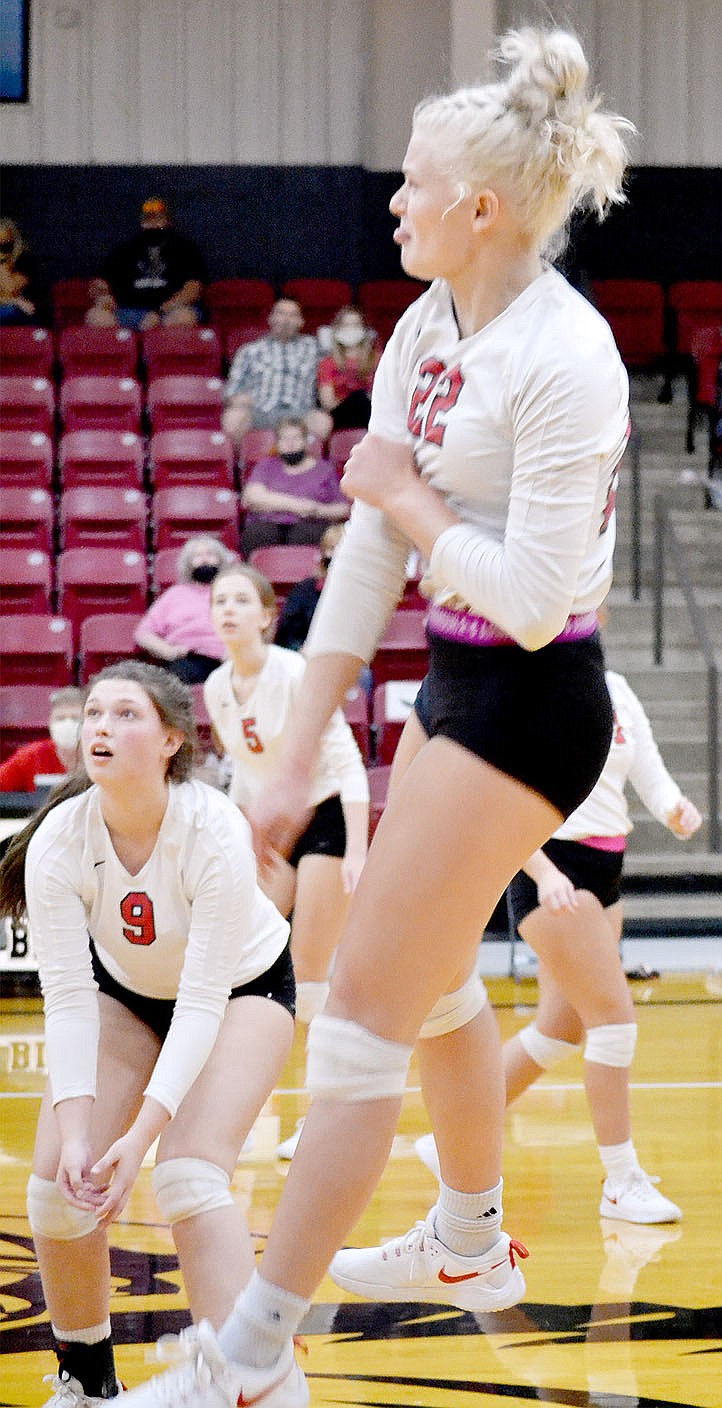 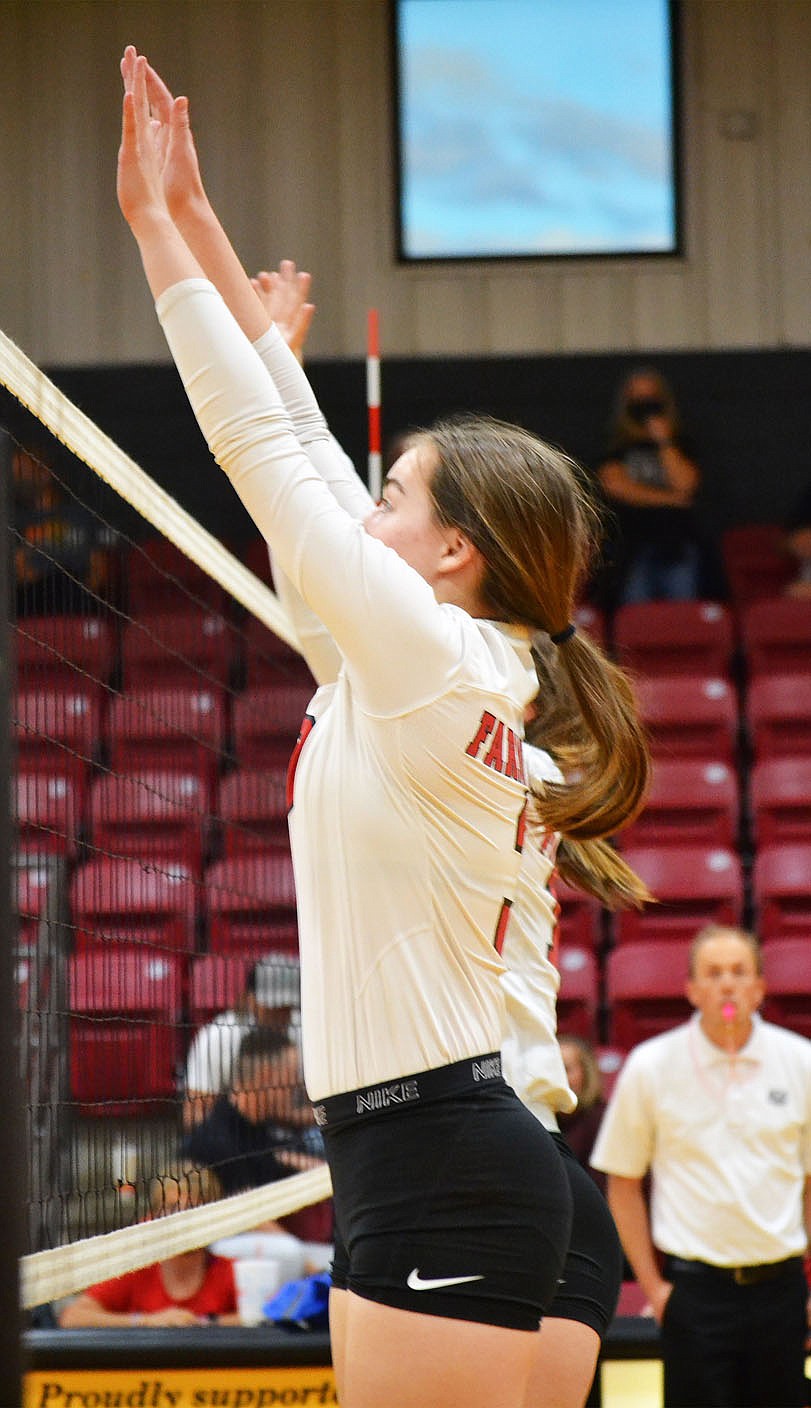 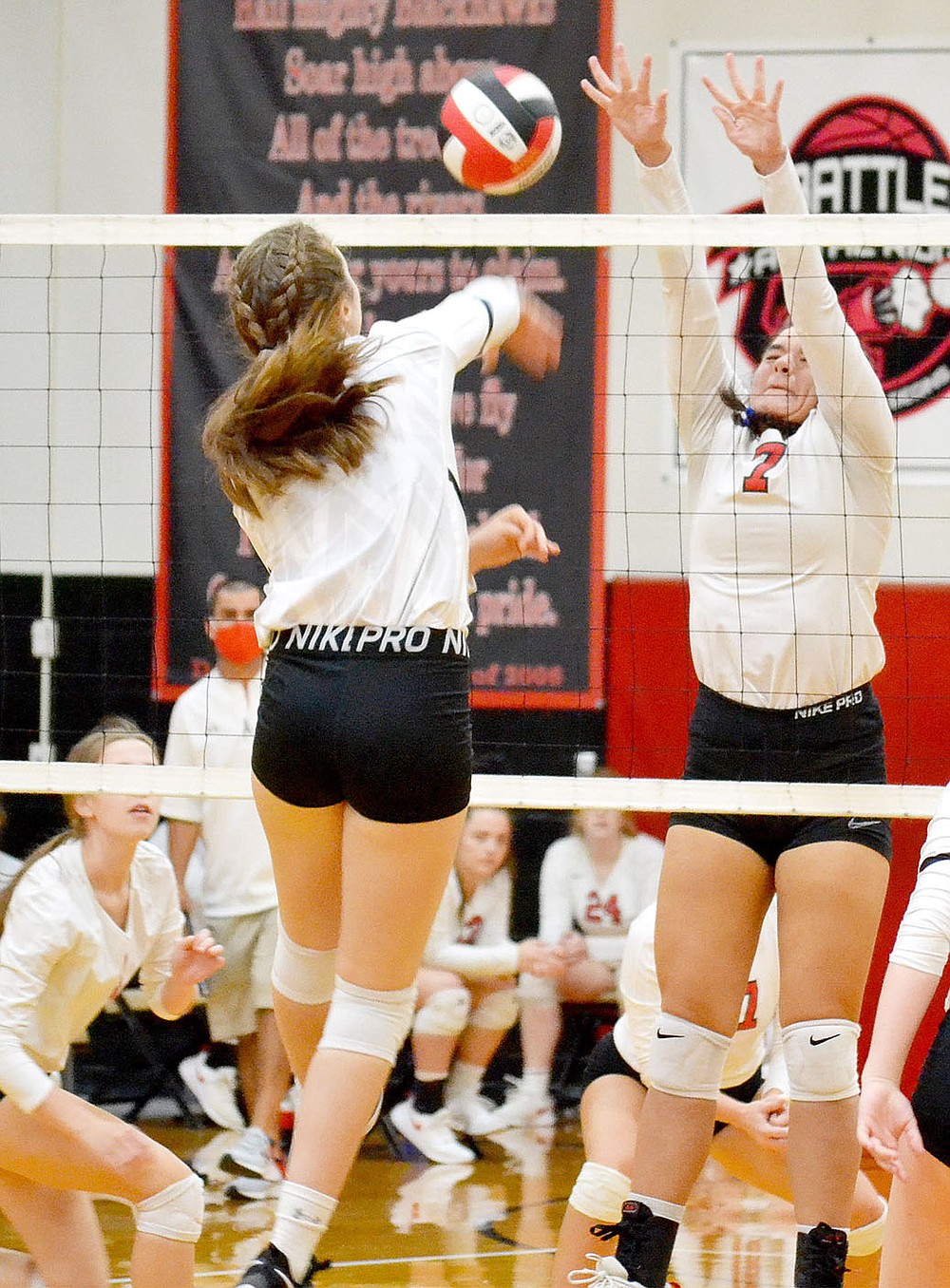