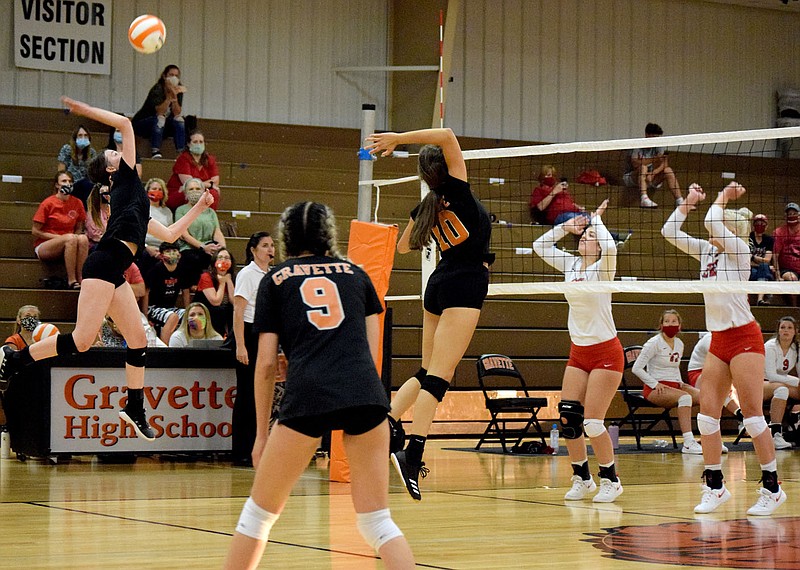 Westside Eagle Observer/MIKE ECKELS Aubrey Gebhart (Lions 10) tries to fake out the Lady Cardinal front line as teammate Abbie Smith spikes the ball into the back court during the Gravette-Farmington volleyball match in the competition gym in Gravette August 25. The ploy works, giving the Lady Lions a point and the early lead in set three.

GRAVETTE -- The Lady Lions opened their regular season play in their new home at the competition gym against the Farmington Lady Cardinals Aug. 25. Unfortunately for Gravette fans, the Lady Lions were unable to pull out the win, losing in three straight sets to the Lady Cardinals.

After several months of renovation to the former home of the Gravette basketball program, the competition gym was ready to serve as a new permanent home for the volleyball program, replacing the smaller old gym at Gravette High School.

The Lady Lions struggled a bit in the first two sets, falling behind by as much as 10 points. The team did manage to cut into the Farmington lead but was never able to catch up to the Lady Cardinals. But that all changed in the third set.

Gravette started out strong, gaining its first lead of the contest early in the set. But the Lady Cardinals stayed right with the Lady Lions until the midpoint in the set when they pulled ahead by two. A long volley, lasting around a minute, ensued with both teams playing heads-up volleyball.

In spite of a strong showing by the Lady Lions, Farmington took the final set to win the match.

The junior varsity, who played Farmington in an earlier match, also lost in straight sets.

Gravette Lady Lions hit the road on Aug. 27, traveling to Prairie Grove to take on the Lady Tigers. The Lady Lions were unable to pull off a win, with the Lady Tigers taking three sets in the match, 25-14, 25-9, 25-21. Gravette did win its first set victory of the season, taking set two, 25-23. 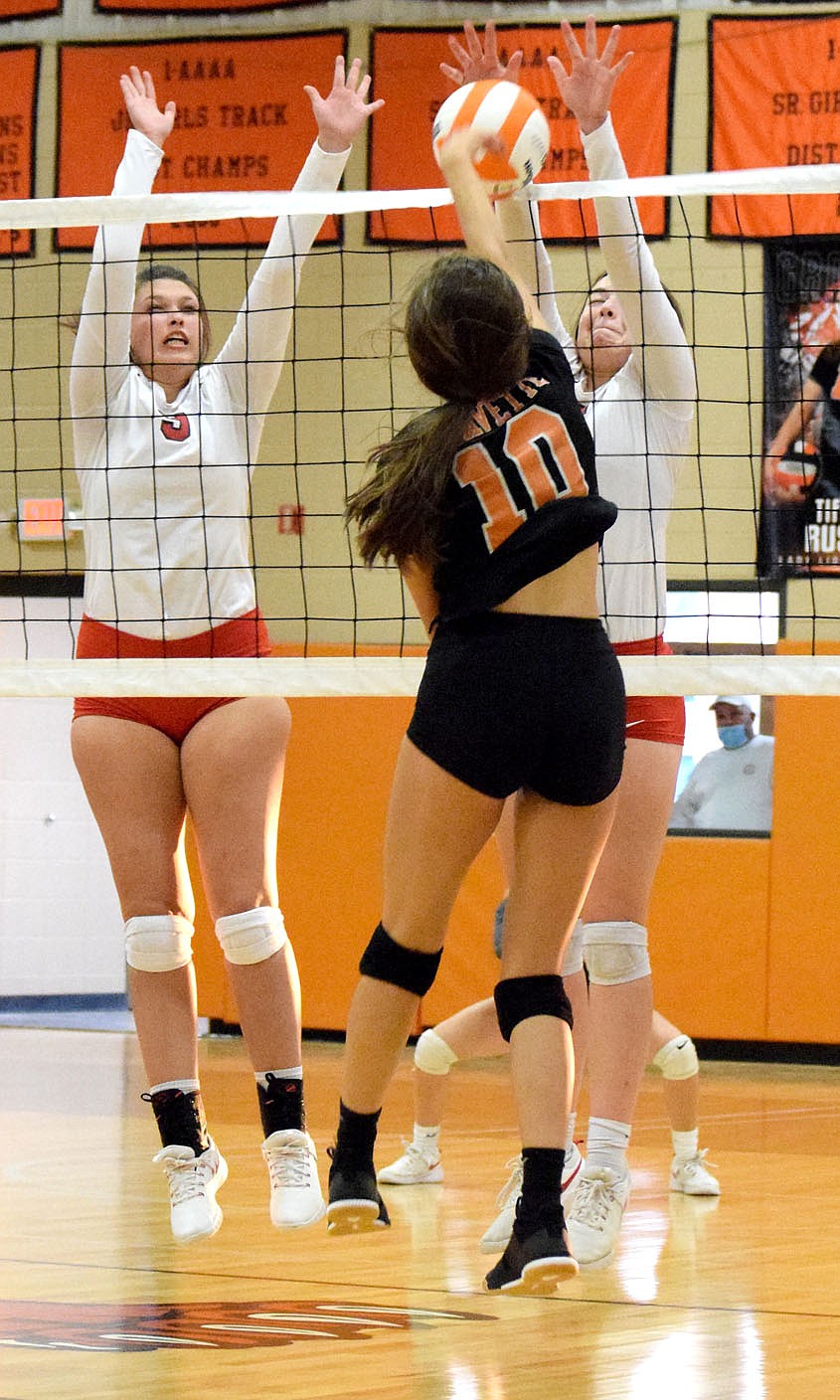 Westside Eagle Observer/MIKE ECKELS Aubrey Gebhart (Lions 10) sends the ball back over the net between two Lady Cardinal players during the Gravette-Farmington variety volleyball match in the competition gym in Gravette August 25. The Lady Cardinals defeated the Lady Lions in three straight sets.