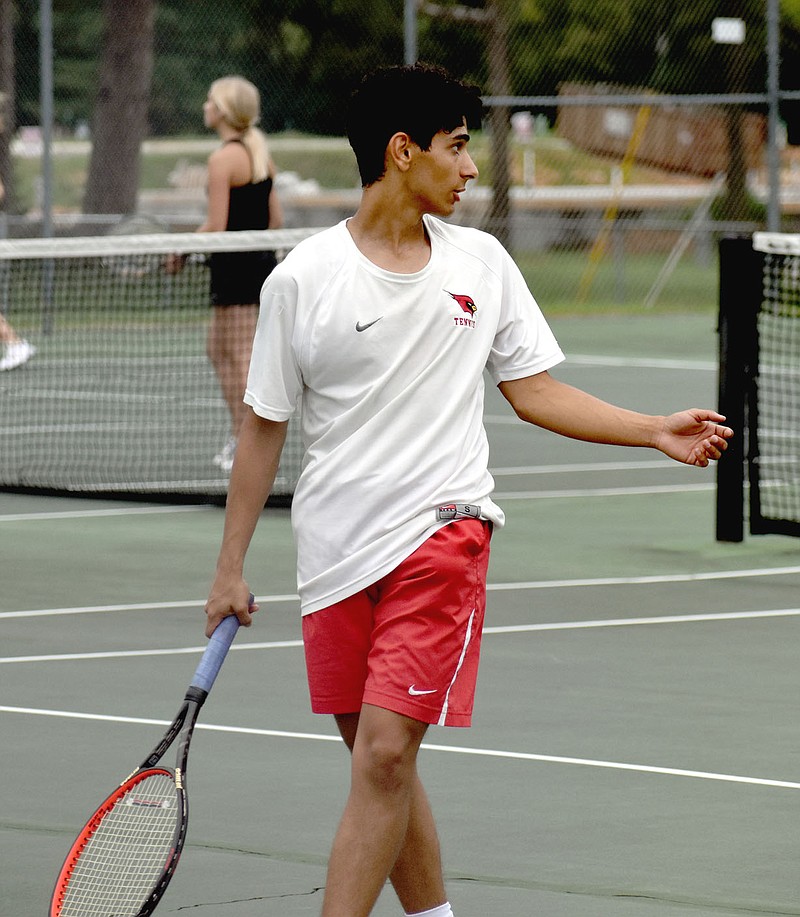 FARMINGTON -- Tennis action heated up in earnest last week with Farmington hosting a double-header against Subiaco Academy and Dardanelle Sept. 8 followed by a rivalry showdown against Prairie Grove Thursday.

Earlier in the season, the Cardinals faced off against Alma Aug. 17 and took on Bergman Aug. 24.

"We can improve in all areas every day in every match and we've played some really good teams across the board so we've been challenged," Holt said. "I feel like that's going to help us in the long run as we battle through. I think we're in one of the strongest conferences as far as boys tennis goes, and the girls, they're really holding up their end. They're off to a good start in the conference. So it's been a process and they've worked through it very, very well."

Holt is seeing good focus and concentration among the team despite all the distractions and disruptions. The team has found a way to set that aside and continue to compete.

"From the start we set some goals on what we wanted to be identified as, hard-workers, we've reached that goal and the kids have realized that. Just the other day, I set a new goal and our new goal is that whenever you come watch us you need to walk away understanding that we are competitors," Holt said. "We're going to compete every single time on the court and in practice and that's really been my hope that these kids can just come together and understand that there is a difference between hard work and competition, being a competitor and they've responded very well."

Holt delights witnessing the team and individual athletes enjoy themselves.

"That's the thing. You know tennis draws an interesting group of kids every year and each group surprises me with their way of coming together and they just find ways. You may not see it, but it's in their small conversations that they have, some of the little things they do outside of practice, and some of that stuff that I don't even see, but they do find ways and they've done a great job." 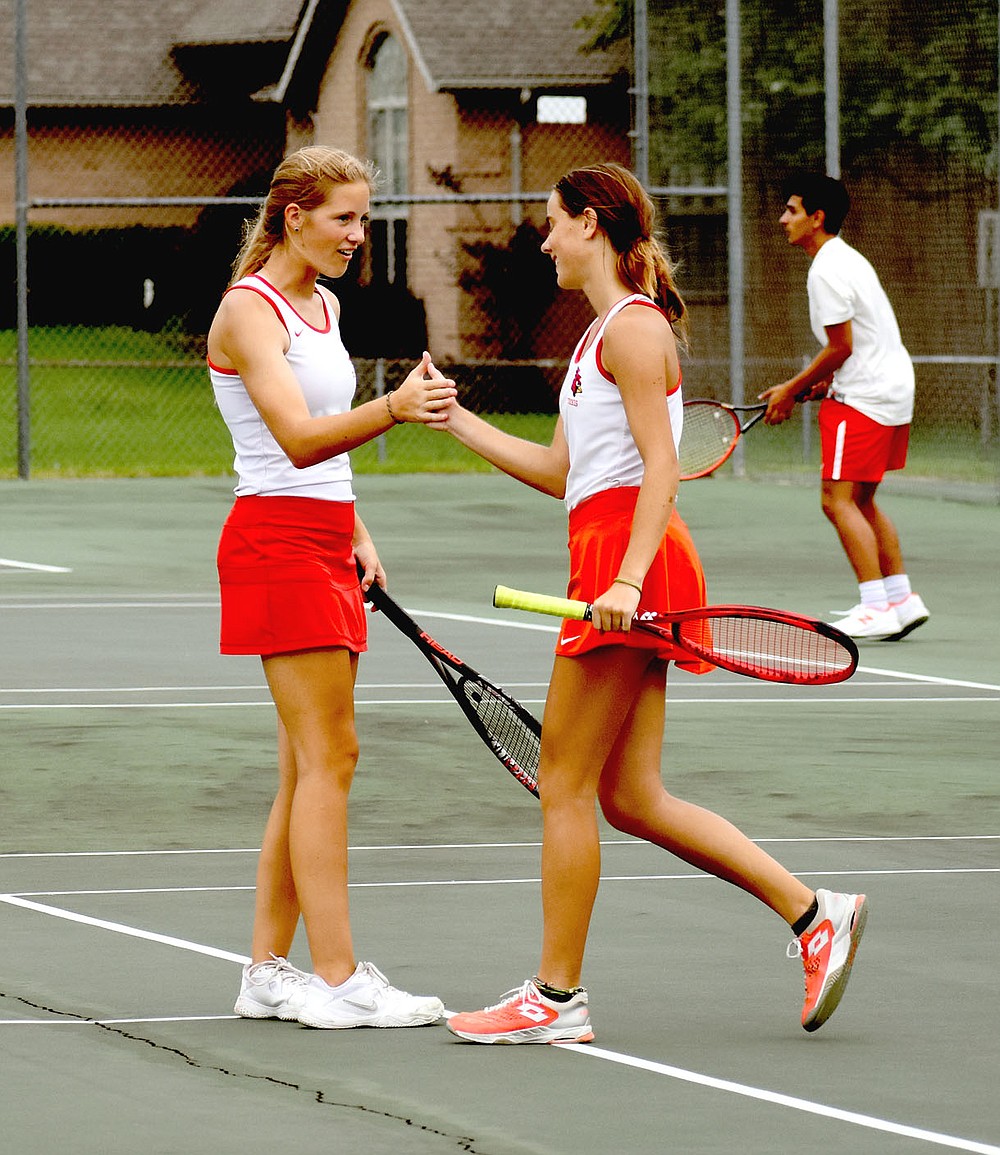 MARK HUMPHREY ENTERPRISE-LEADER/Farmington's No. 1 girls singles tennis team of Kaylee Thomas and Gracie Webb congratulate each other after a win over Prairie Grove Thursday.