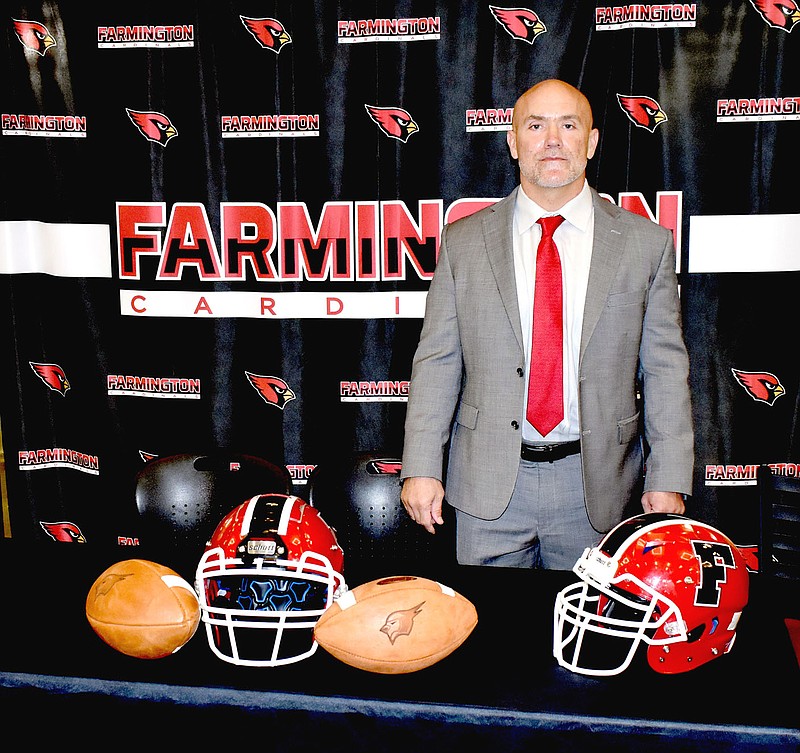 It's the reason recently retired Farmington head coach Mike Adams referred to his 2020 staff as "The Justice League."

"These guys coming down here are Farmington's version of the Justice League. They're all superheroes," Adams said referring to the assistants who composed the staff during Adams' final season: Steve Morgan, Jay Harper, Clint Scrivner, Spencer Adams, Austin Lewis, and Jarrod Mattingly.

Eldridge arrives at Farmington in similar fashion as to the path Adams took stepping down from coaching a school in Arkansas' highest classification to become the Cardinals' head coach.

When Adams came on the scene at Farmington in December of 2002, following a stint from 1996-2002 as Fayetteville's head coach, Farmington boasted a player-coach ratio of 6-to-67 spread out among 23 varsity players and 44 junior high players.

Eighteen years later, the school's enrollment ballooned, but the coaching staff did not.

For the 2020 season, in which Adams led Farmington to its first-ever Class 5A playoff berth with an expanded covid-19 format and 28-7 win at Jonesboro, the Cardinal ratio of coaches to players was 7-to-172 with intern Justice Hobbs also contributing. The staff was reduced by two coaches from the 2019 season with neither position replaced for the 2020 season.

In the spring, assistant coach Greg Pair resigned from the football program to accept the head volleyball job following the unexpected resignation of Mike Howard, who took a teaching position at Haas Hall.

Cody Napier, head junior high coach, also left in late summer. That unexpected void was filled with the hiring of Farmington alumni, Austin Lewis, who experienced a lot of success working with Lincoln's soccer program as well as the Wolves' football and boys basketball teams.

In August just before the season, seventh grade head coach Si Hornbeck resigned upon the revelation of criminal charges filed against him in southwest Arkansas. Lewis assumed the dual roles and responsibilities serving as both head junior high and head seventh grade coach for 2020.

In 2020, Farmington's program featured 76 high school players and 96 junior high players. Through 18 seasons the number of players coming out for football increased right at 200%, but the corresponding number of coaches only increased 14%.

The coaching staff labored to put five teams on the field and be competitive each week while frequently playing three or four different opponents in a single week and trying to prepare four or five different teams for different opponents, something Adams described as "an extremely difficult task."

"We worked so hard, took so much time on weekends at night and early mornings to get this job done," Adams said.

Farmington went through 2020 with the smallest coaching staff of any football program competing in the tough 5A West.

Now, the ball has been placed in Eldridge's hands and optimism abounds based on his track record of winning a pair of Class 4A State championships at Arkadelpia in 2017 and 2018 and taking North Little Rock to a Class 7A Runner-up season during 2020.

As a head coach, Eldridge sports a combined record of 93-36 with a playoff record of 22-8.

The positions formerly held by Pair and Hornbeck were not filled for the 2020 season. Those spots would be logical places to allow Eldridge to bring in two of his own assistants as has been a common practice for schools hiring a new head football coach. 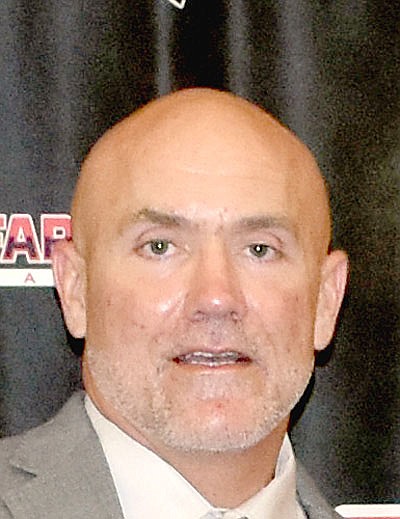