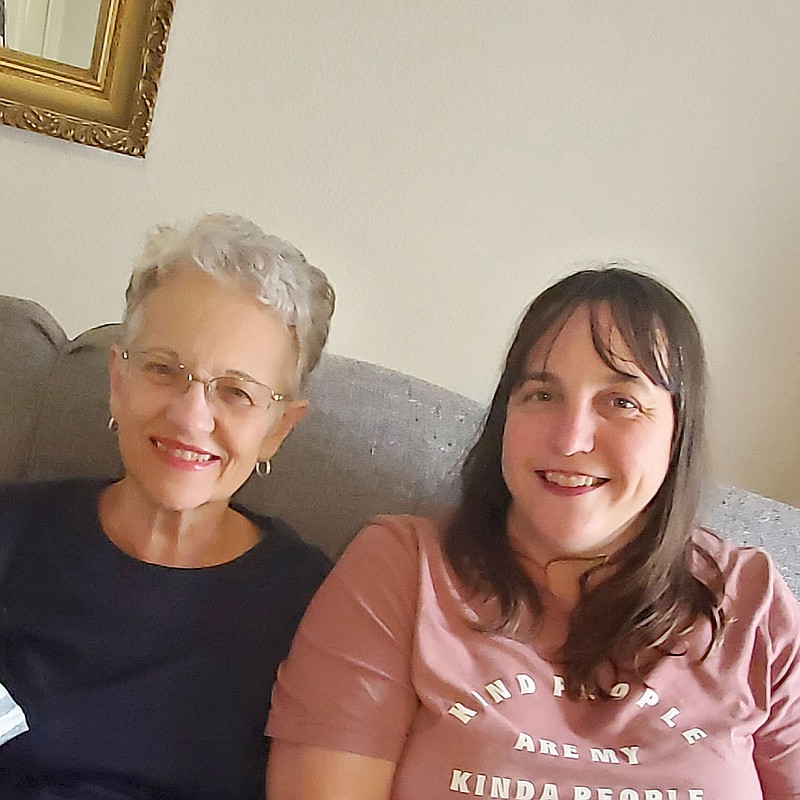 COURTESY PHOTO Kara Ault, right, credits her mom, Gail Gilmore of Greenwood, for her love of helping others and finding fun things for kids and parents to do together.

PRAIRIE GROVE -- What does a person do who says she has "a head full of ideas and not enough time to do all of them"? If she's someone like Kara Ault, she identifies needs, creates opportunities and then finds ways to connect the two.

She's done this so well, in fact, that Ault, 44, has been named Publisher Mom of 2020 for her two "websites for families," Macaroni Kid/Fayetteville and Macaroni Kid/Rogers-Bentonville.

Ault, quoted in the release, said, "Receiving this award is an incredible honor. I began publishing Macaroni Kid for our area because I love knowing about and sharing with others the many awesome local family-friendly events."

The coronavirus pandemic has affected each website's weekly calendar, but Ault said in the press release, "Since the pandemic began, I have worked hard to help families find safe ways to have family fun."

One example for safe family fun, Ault said, is a guide she put together for families to go on a hunt to see all the murals in Northwest Arkansas.

Sabrina Chesne of Bella Vista said the mural hunt was a great tip for spending some safe time away from home with her 14-year-old daughter Susannah, seven-year-old son Owen and husband Brian.

Anyone may use the websites, but subscribers receive a weekly newsletter from Ault with her Top 10 Things to Do and other information such as giveaways.

In a phone interview, Ault chuckled and said before the coronavirus pandemic she was hard pressed to decide what to leave out of the top 10 because each day of a week was packed with four or five things. Now that normal activities are halted and event locations closed due to the pandemic, she said, "The calendars are really kind of sad." She said she was glad when libraries began doing virtual storytimes.

Ault, whose slight southern drawl doesn't slow down her fast-paced patter, said she loves connecting people. She said her involvement with Northwest Arkansas Play Group in the mid- 2000s, formed through Meetup.com, resulted in lasting friendships. She said the play groups met once a month, but before long, a mom's night out and a book club formed. It was during these activities that Ault met Jessica Harbour and learned about Macaroni Kid/Rogers-Bentonville.

Ault started Macaroni Kid/Fayetteville seven years ago, February 2014, and said she stepped in to publish the Rogers-Bentonville website after Harbour no longer had time to keep it up. Ault said Bentonville mom Kimberly Hodoway works as Ault's Rogers-Bentonville eyes and ears to research and find things to include on that website.

Some activities are on both websites, but Ault said some aren't, depending on a variety of factors. MK publisher moms from other cities and states may use each other's ideas if headquarters is notified and approves, Ault said.

Ault said most Macaroni Kid publishers are moms, but Ratner said in an email six publisher dads are in the mix. According to Ratner, Hawaii, Alaska, Montana, Oklahoma, Oregon, South Dakota and West Virginia have MK websites openings, but all the others have at least one MK website and publisher parent.

Ratner said some cities have more than one Macaroni Kid website, with each one covering a "territory" based on population. It's for this reason the two websites in Northwest Arkansas are kept separate. Ratner said these publishers are "hyper focused on their area within the metropolitan area."

A native of Greenwood, Ault said she moved to Northwest Arkansas in 2003, and she and her husband Rick moved to Prairie Grove in 2005 when they married.

Ault and Rick, director of global security for Walmart, have two daughters, Aubrey, 15, and Kinley, 10, who attend school in Prairie Grove. Both adults are active in their community and were named 2017 Citizens of the Year by the Prairie Grove Area Chamber of Commerce. Rick Ault is a member of Prairie Grove City Council.

Ault credits her mother, Gail Gilmore, for her love of helping others and finding fun things for kids and parents to do together. (Ault's father, Dr. Rick Martin, is deceased.) She said her mother fostered children in their home, led youth groups, was active with youth in Greenwood United Methodist Church and is still involved in ministries there. Following in her mother's footsteps, Ault serves as a volunteer kids' teacher at Prairie Grove Methodist Church.

Ault said she and Rick bought the old Magnolia gas station on the main drag through town (Highway 62B) and renamed it Prairie Grove Town Center. They operate a Little Free Food Pantry there and have remodeled the building, which houses a coffee shop, a bakery and office space for rent. Ault said she and her husband have recently bought several homes in Prairie Grove they are renovating to serve as long- or short-term rentals, depending on circumstances. The pandemic has uncovered a need for more rentals, she said.

In other areas of her life, Ault volunteers weekly at Ronald McDonald House. She said when she communicates the needs of RMH, people come forward to meet those needs. Ault has also been a formative force for Arvest Ballpark's Trunk-or-Treat, which was suspended in 2020 due to the pandemic.

"This focus on identifying and meeting community needs made Ault stand out," Ratner said by email. "When we think of the publisher of the year, it has to be somebody that truly embodies the Macaroni Kid spirit... . Kara Ault is the essence of a community building. She organized raising money to fund a car for a deserving mom in her community. Kara [embodies] the MK spirit and is always one to lend a hand, share an idea or try something new."

Ault said Macaroni Kid Publisher Moms are free to sell local advertising. She said in the award announcement press release, "I love supporting local businesses and nonprofits by helping families find out about them." Ratner said local ad sales, limited to the territory area, are developed and revenues are 100% kept and managed by each MK publisher.

Ault said she spends about 20 hours a week, give or take, on her two MK sites and on their associated Facebook, Instagram and Twitter accounts. She said her Fayetteville website has nearly 7,000 subscribers/users, and Roger-Bentonville has just over 3,800. She said her MK Fayetteville Facebook page has around 10,000 followers, Rogers-Bentonville about 4,000.

National advertising placed on all MK sites helps pay 25 corporate and technical-support employees, according to Ratner. Ratner recently founded CertifiKID, for which she is also CEO and which now owns Macaroni Kid. CertifiKID is a "nationally recognized website that offers discounts on kids' activities and family experiences," according to Ratner's press release. In an email, Ratner wrote CertifiKID "is a daily deal site for experiences for families" and said she is "excited to start getting up our summer camps and vacations for families." 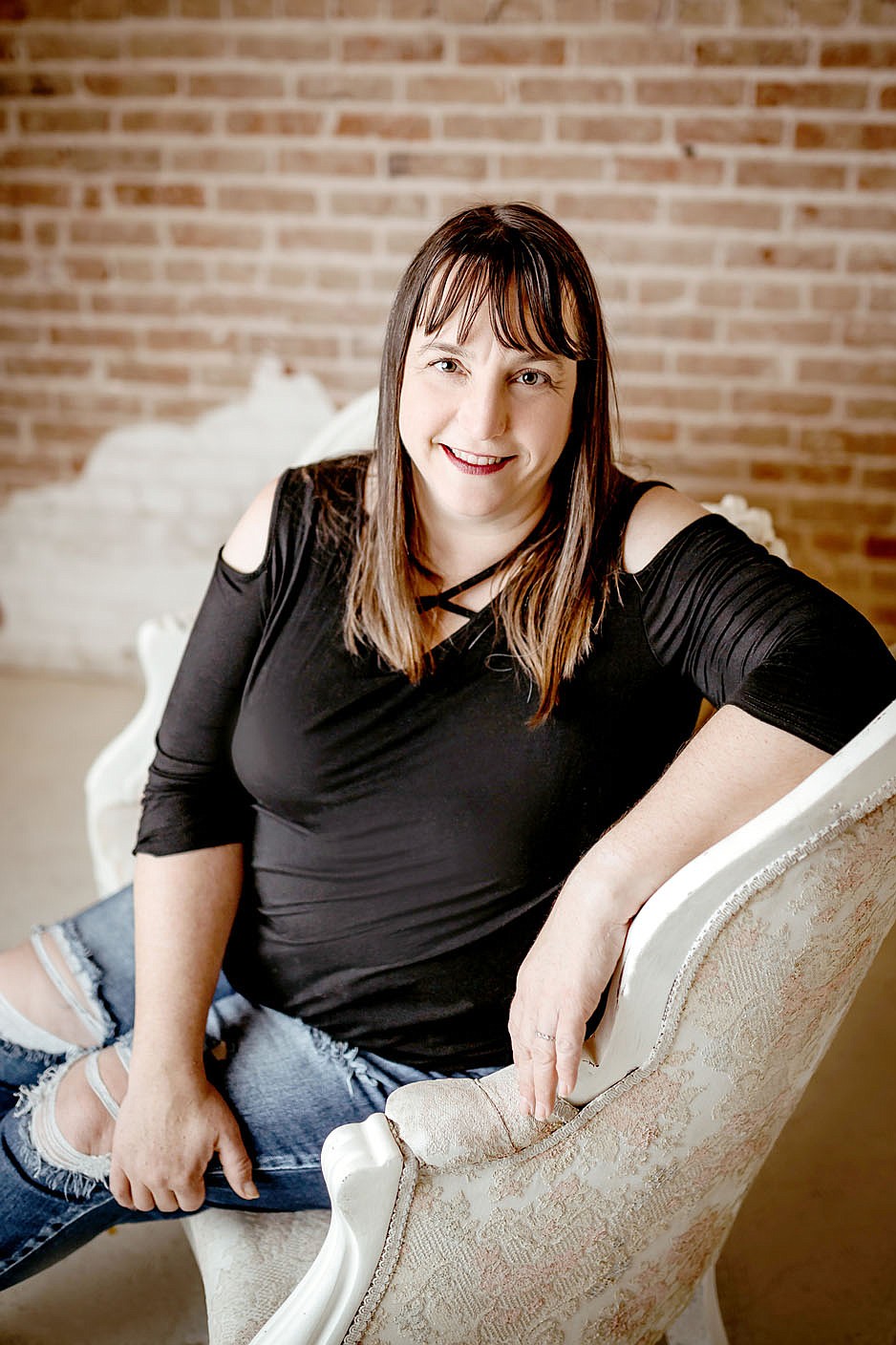 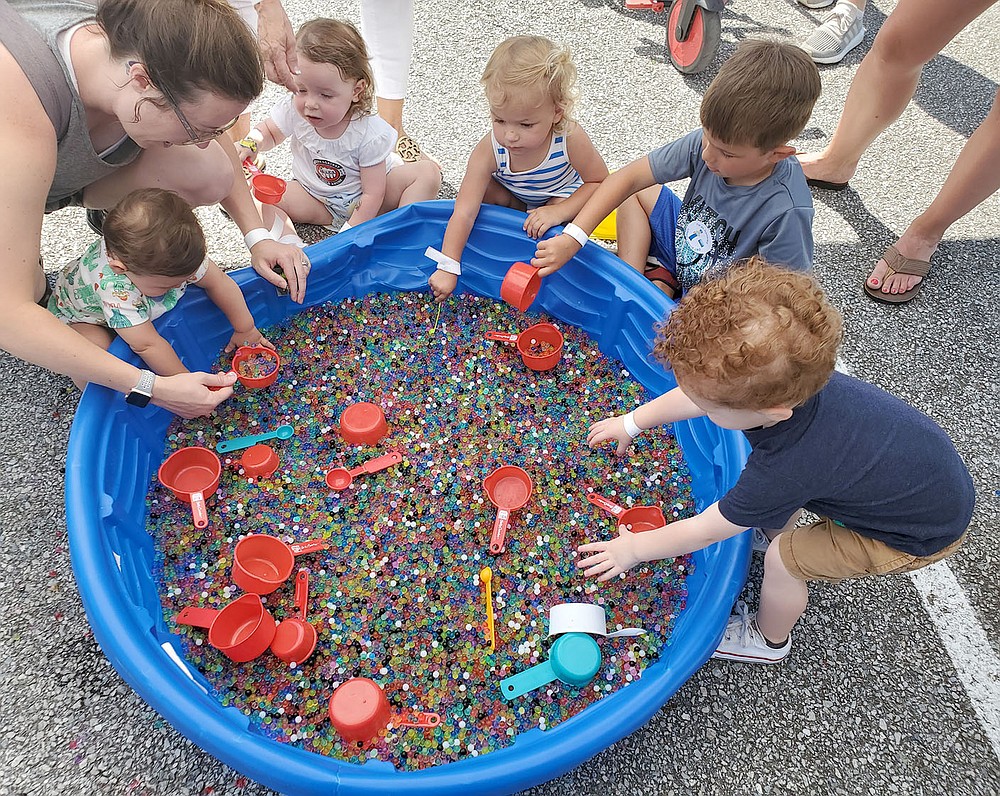 COURTESY PHOTO Children play with water beads at a Macraroni Kids booth during an event in Northwest Arkansas. Kara Ault of Prairie Grove is the publisher for two Macaroni Kids websites, one for Fayetteville and one for Rogers-Bentonville. 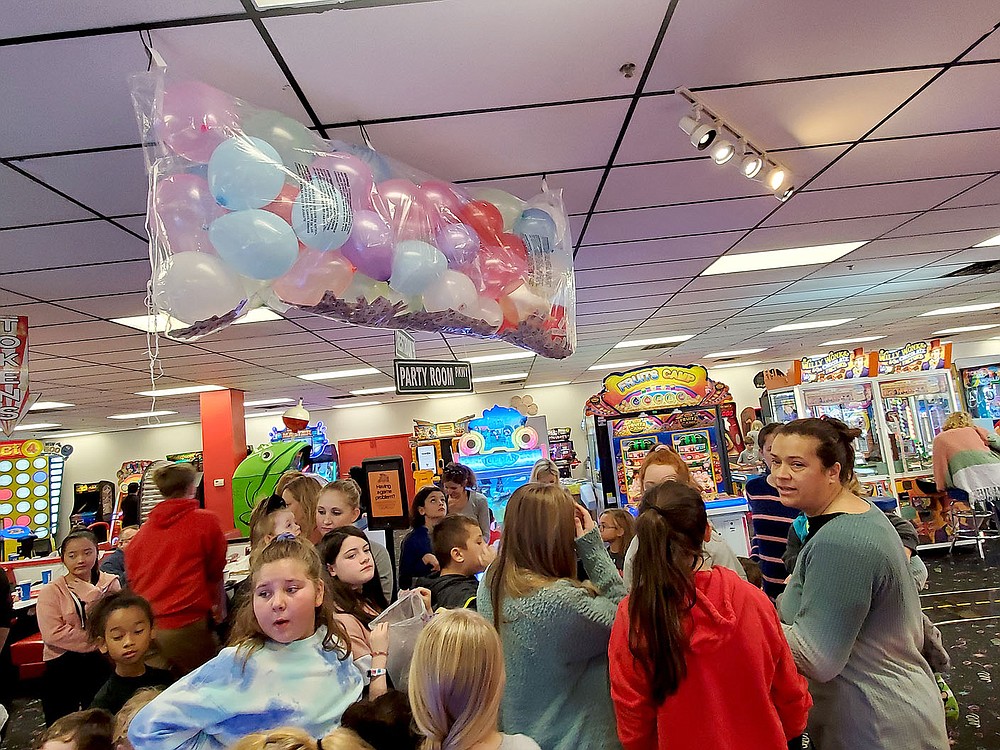 COURTESY PHOTO Kara Ault with Macaroni Kids sponsored a New Year's Eve party for families in 2019. The party was held as a countdown to noon, instead of midnight.
ADVERTISEMENT