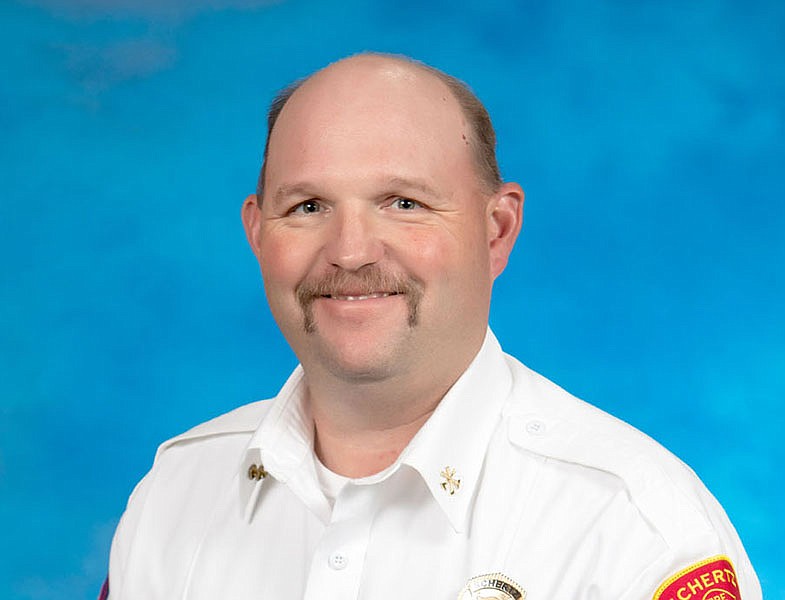 LINCOLN -- Thomas Pinder Jr. with the Schertz Fire Department in Schertz, Texas, has accepted an offer to become full-time fire chief for Lincoln Fire Department, according to Mayor Doug Hutchens.

Hutchens last week said the offer was made during the week of Dec. 21 and Pinder accepted the offer, which includes a $55,000 salary, on Jan. 4.

Hutchens said the city received about 15 applications for the fire chief's position. The position was offered to one candidate but the person had to decline because of personal reasons, Hutchens said.

The search committee then interviewed two other top candidates, Pinder and Jeffery Taylor with Riverside Fire Department in Riverside, Mo. Taylor was interviewed using the Zoom app, and Pinder came in for a face-to-face interview.

"We had two really strong candidates," Hutchens said. "They were fairly equal."

Hutchens said Pinder has a strong training background, is up to date on the latest training and codes, is hands-on and has a good philosophy on leadership.

"He's not going to ask anyone to do something that he wouldn't do himself," Hutchens said.

Pinder lives in a smaller town but works for a much larger fire department and also has family in the area, Hutchens said.

"He is an especially nice guy and seems to have a stand-up, strong character. He's excited about this area and is looking forward to a new challenge," Hutchens said.

According to Pinder's resume, he has been division chief and fire marshal with Schertz Fire Department since July 2018.

In this position, he performs an interpretation of the fire code for developers and contractors. He also is involved with plan reviews, plat reviews and fire inspections and oversees the community outreach program. His resume says he performs fire investigations and files appropriate charges if needed and is part of the emergency management team.

Previous employment, according to his resume, includes serving as a fire inspector/investigator with Seguin Fire Department in Seguin, Texas, from January 2015 to July 2018. He was a patrol deputy for Guadalupe County Sheriff's Office and worked for the Kirby Fire Department in Kirby, Texas, for 12 years, starting as a firefighter and promoting through the ranks over the years to captain.

According to his resume, Pinder has achieved many certifications with the Texas Commission on Fire Protection, including master structure firefighter, master fire inspector and master arson investigator. Other certifications include EMT and EMS instructor with the Department of State Health Services for Texas and advanced peace officer and basic instructor with the Texas Commission on Law Enforcement.

He said he applied for the position because his wife's father lives nearby in Oklahoma, and she wanted to live closer to him because of health issues. In addition, he said his family now lives in a smaller community such as Lincoln and they didn't want to live in a city. Also, he said the school system is important to them.

Hutchens and Pinder haven't settled on a start date, but Pinder said he hopes to start by the middle of February.

Pinder has a home and property to sell in Texas, and he is looking for a new home in the Lincoln area for his family that includes land for the family's horses, chickens and other farm items, Pinder said. The family is involved in rodeos -- Pinder serves as a rodeo medic -- and he said his children participate in barrel racing.

Pinder said he's had the experience as a volunteer firefighter and as a full-time firefighter. The biggest difference, he said, will be moving from a large department to a small one. Schertz straddles three counties in Texas and is part of the San Antonio metro area. The fire department has three full-time stations and is currently working to open two more stations, according to Pinder.

Lynn Kutter may be reached by email at [email protected]