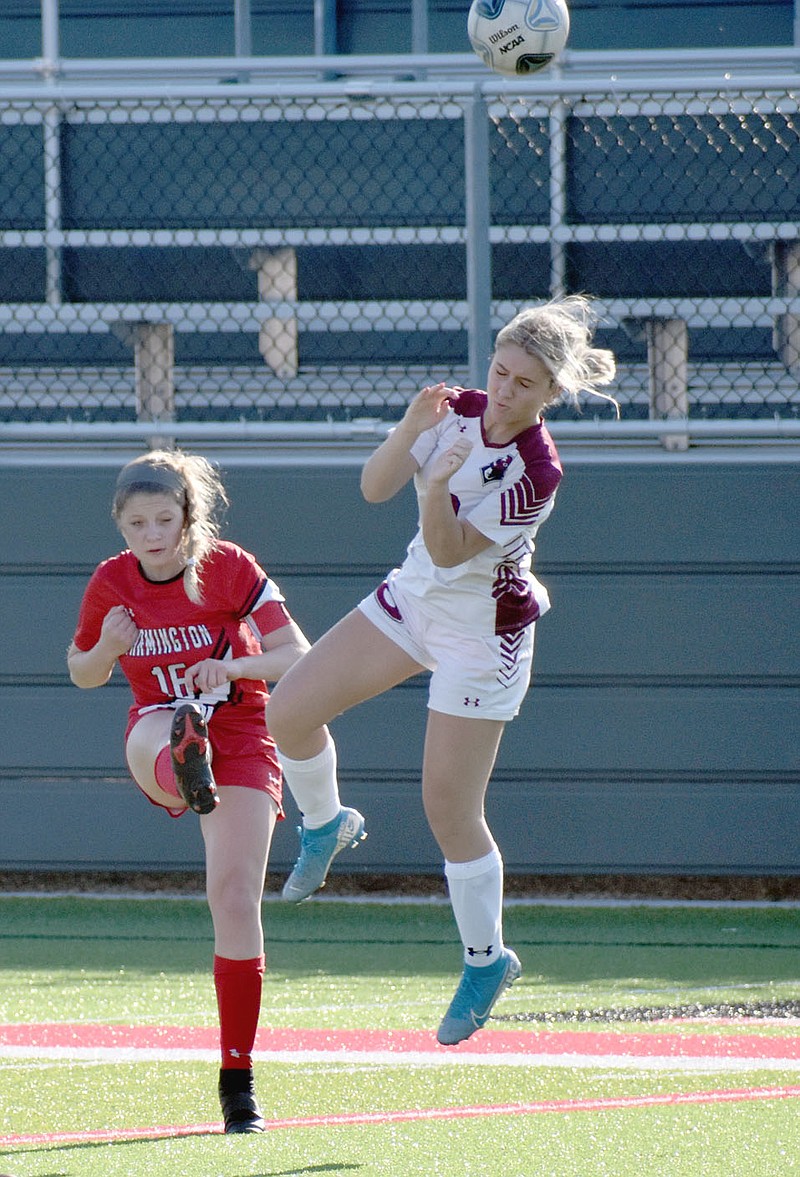 FARMINGTON -- The Lady Cardinal soccer team recently completed its first varsity campaign following a narrow 1-0 loss to Dardanelle on Saturday, May 1. The Farmington girls finished 5-10 overall and 3-4 in conference play.

Farmington pioneered its soccer program as a junior varsity team in 2020, but that season got cut short by covid when all spring sports shut down.

"We had 10 JV games lined up. Not having that season really hurt the girls because they had not played together before the 2021 season," said coach Tanner Feil.

The team relied heavily upon four girls, who had never played soccer before with each of them playing a lot of minutes each match. Farmington did well in spite of the inexperience.

"We just got to rely on their speed and quickness. You can't coach athleticism, but if they've got the athleticism, you can teach them the skills," Feil said.

"Thankfully, we hit the reset button. They got a lot of significant playing time. It was good to develop to get the ball rolling for next year," Feil said.

Junior forward Lynley Bowen scored 11 goals and added 2 assists, tops on the team. Bowen earned both All-State and 4A West All-Conference honors. Sophomore forward Emma Ortiz scored 8 goals and had 3 assists and received All-Conference recognition for the Lady Cardinals. Shay Davis, a defensive player, finished with an assist and 48 clearances and was named All-Conference.

On April 5, the Lady Cardinals held off Shiloh Christian, 2-1, with Davis stopping a close-range shot just before the clock hit zero in the second half.

"It was Shay Davis that blocked that last shot at the end, and the game-winning goal was scored by Emma Ortiz. It was two of our All-Conference players, that's why they got those honors. They were always making plays," Feil said. "That was a highlight of our season to beat them because Shiloh went onto to state."

Elise Bell and Olivia Pall each had two goals as Harrison defeated Farmington in a 4A-West Conference game on Monday, March 15. Bell had her goals in the first half, and Mia Barrett added a goal as the Lady Goblins (3-1) jumped out to a 3-0 halftime lead. Pall then scored hers in the second half off assists by Bell and Barrett. Pall also had two first-half assists, while Barrett also had an assist. Harrison's defense never allowed Farmington a shot on goal.

Bowen and freshman Sisk each scored two goals for Farmington. Ortiz added a goal for the Lady Cardinals, who posted a shutout in the first match as a varsity program on Monday, March 1. 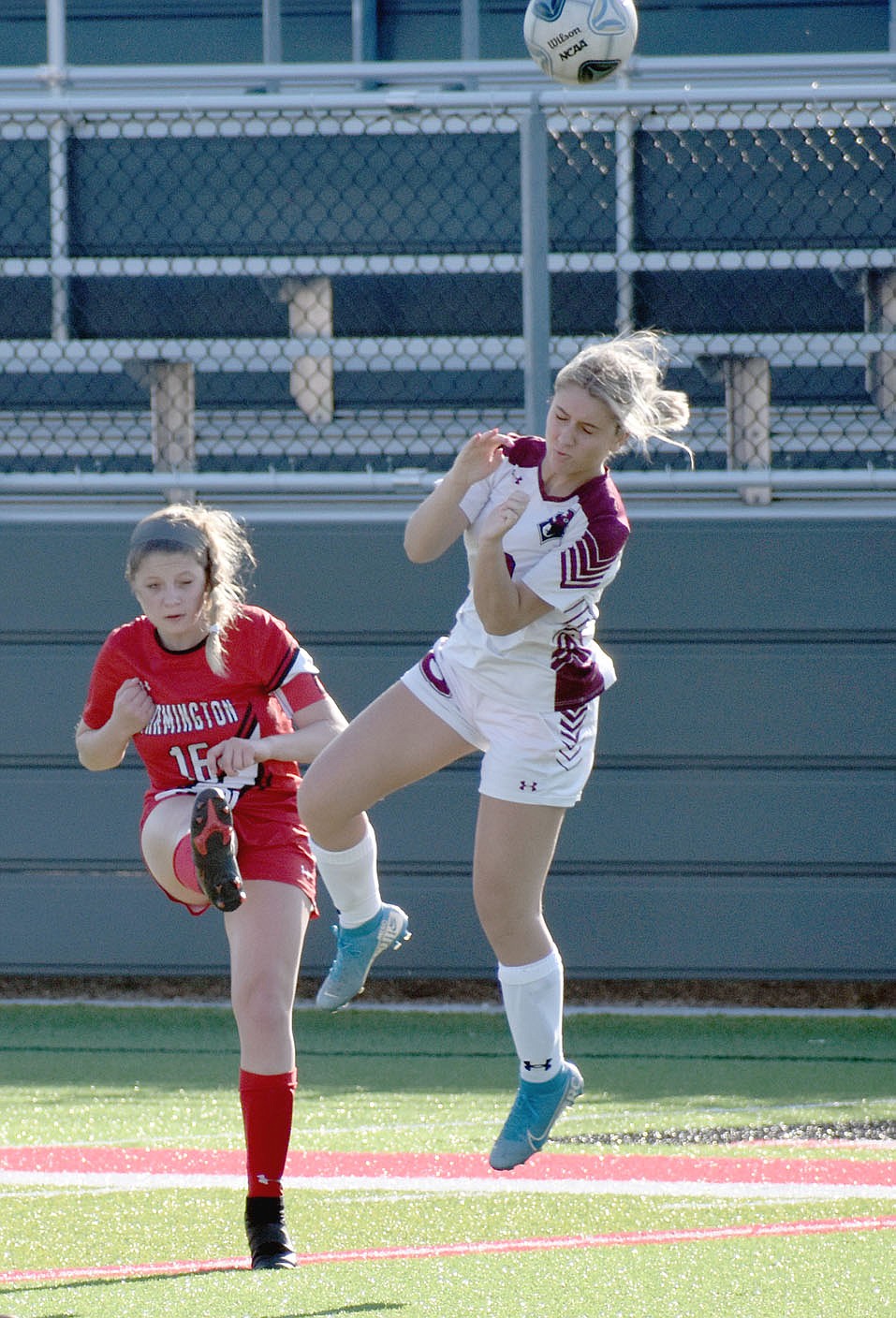