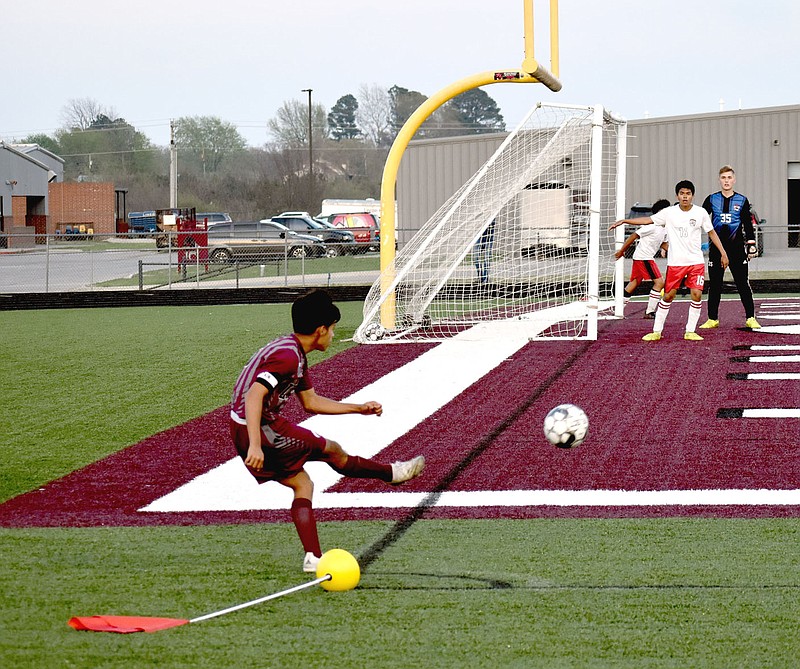 MARK HUMPHREY ENTERPRISE-LEADER/Lincoln junior Rafael Regaldo executes a corner kick against Eureka Springs. The speedy forward set a state record by scoring six goals in a single match during an 8-2 road win by the Wolves at Lead Hill on April 22.

LINCOLN -- Two players from Lincoln's 2021 boys soccer team were named to the All-State team and three others made the All-Conference squad.

Sophomores Tsimtxhua Vang and Rafael Regaldo, whose six goals against Lead Hill on April 22 set a state record for most goals in a match, were named to the Class 3A All-State team, while senior Connor Schork, Gonzalo Perez and sophomore Chilong Vang were listed as All-Conference selections.

Lincoln overcame an 0-5-2 start in which the Wolves were winless in their first seven matches to finish with an overall winning record of 8-7-4 and a conference record of 5-2-3. Three of those losses were to bigger nonconference schools, Fayetteville, Farmington and Prairie Grove, while the Wolves managed a 4-4 tie against Gentry on March 5 and a league tie against Life Way Christian, 3-3, on March 11.

A breakthrough win, 5-4, on the road at Arkansas Arts Academy spurred a 5-match win-streak turning the season around. The Wolves eventually qualified for state and lost to Central Arkansas Christian, 4-0, on May 13 during the Class 3A State tournament.

Once the season concluded both coaches, Angela Guillory and Jordan Watson, resigned -- leaving Lincoln in search of someone to run the program. 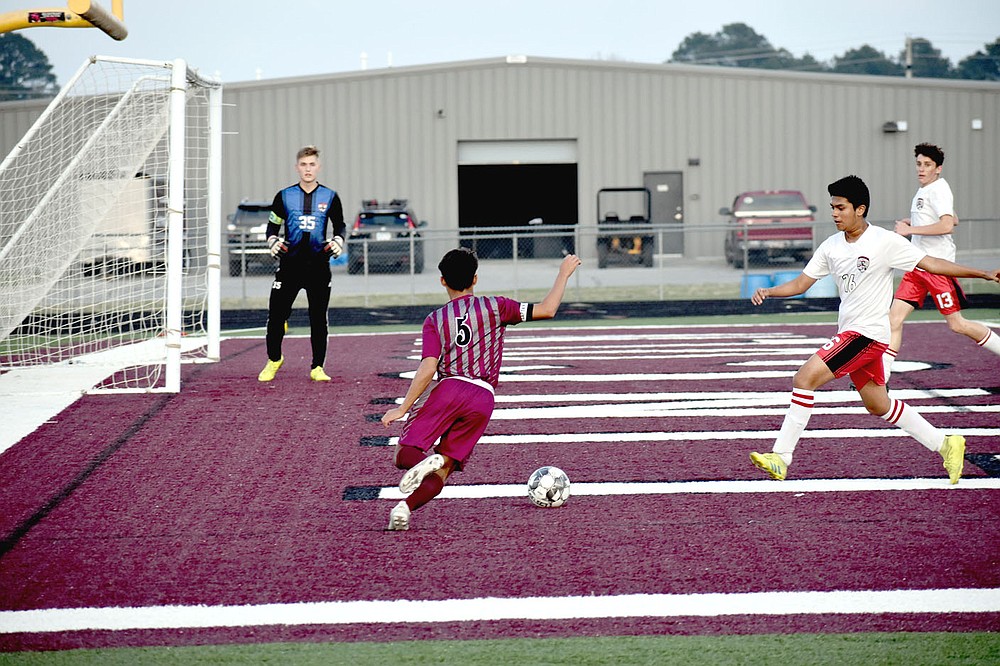 MARK HUMPHREY ENTERPRISE-LEADER/Opponents get nervous when Lincoln junior Rafael Regaldo gets this close to the goal with the ball — for good reason. Regaldo personally accounted for six of Lincoln's goals during an 8-2 road win by the Wolves at Lead Hill on April 22 to set a state record for the most goals in a match.
ADVERTISEMENT