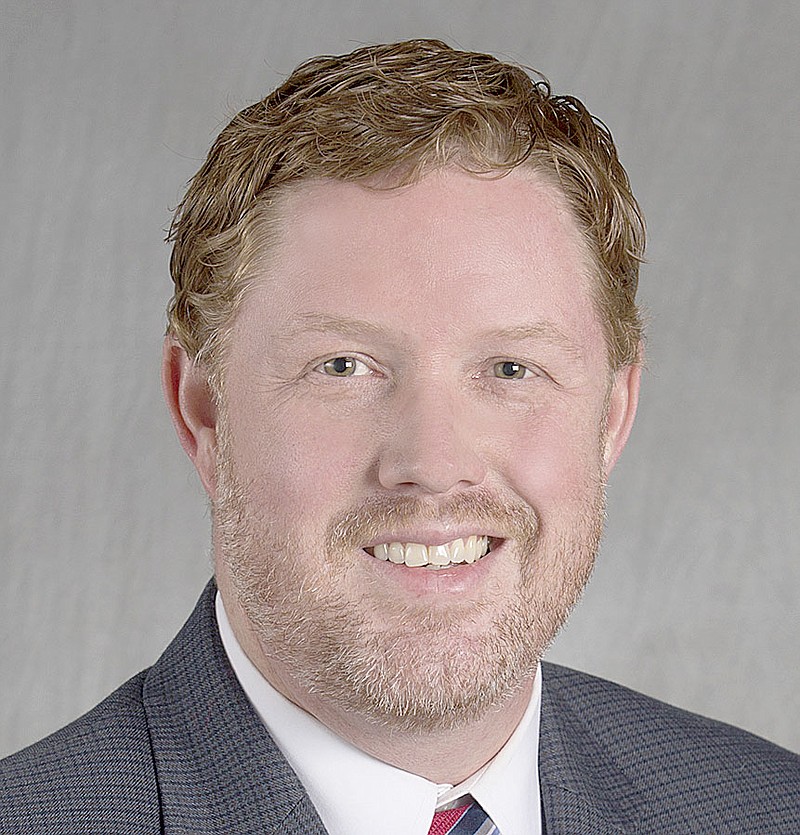 LITTLE ROCK -- A Prairie Grove lawyer whose state contract to represent abused and neglected children was canceled after his state representative reported he criticized her efforts to restrict medical care for transgender children sued on June 2 the two court administrators who made the decision to get rid of him, claiming they violated his free speech rights to appease the lawmaker.

In court filings, Copeland's lawyers claim the evidence showing Sullivan and McDonald violated Copeland's First Amendment rights is so strong he's entitled to an immediate court order reinstating and renewing his contract as well as barring the Administrative Office from replacing him.

The General Assembly passed the measure into law in April as the Arkansas Save Adolescents from Experimentation Act, overriding a veto by Gov. Asa Hutchinson.

The ACLU filed suit last week in federal court to block the law, saying it would bar doctors from providing children with medically necessary health care.

The Republican governor refused to sign the bill into law, describing the GOP-sponsored legislation as "a product of the cultural war in America" and said it was well-intended but was a vast government overreach.

"The state should not presume to jump into the middle of every medical, human and ethical issue" when human life is not at stake, Hutchinson said.

Fite, elected in 2012, isn't a defendant. Copeland lives in Fite's District 80, knows her and has communicated with her by email before, according to the lawsuit. He unsuccessfully challenged her 2018 reelection as the Liberatarian candidate for state representative, polling 10% of the vote to Fite's 64%. Copeland also is a former member of Prairie Grove City Council.

"Plaintiff's termination by Defendant McDonald was done at the behest of Defendant Sullivan and instigated by Representative Fite in retaliation for his negative email to her concerning her actions as his state representative," the suit states.

According to the suit, Fite forwarded Copeland's emailed criticism to Sullivan the same day Copeland sent the message with the subject line, "Email I received today from Ad Litem."

Sullivan in turn forwarded the correspondence to Human Resources Director Sam Kauffman and others with the message "This isn't helpful, at all."

The suit states Sullivan asked the agency's legal counsel Brooke Steen, "should we terminate his contract?"

Two days after emailing Fite, on April 1, Copeland was informed without explanation his contract was being canceled at the end of the month, three months before the agreement was due to expire, the suit states.

Copeland states in the lawsuit no one at the Administrative Office ever complained to him about the quality of his work and his duties had been expanded in December, which was about four months before the agency let him go. He worked for the ad litem program for five years before becoming a contracting attorney in 2017 working on yearly arrangement.

Copeland's contract originally paid him $35,000 at a rate of $900 per case based on an annual caseload of 35 cases with an additional $3,500 for expenses. When his duties were increased, his total compensation was raised to $39,000.

Copeland's email to Fite states, "I just wanted to say how ashamed I am of you for sponsoring and supporting HB1570. Not only does this bill put lives in danger, it fully illustrates the arrogance of you and your party to think that you have the authority to dictate such personal matters. I truly hope and expect the federal courts will strike down this ridiculous law as soon as possible. Shame on you."

The message from his personal email account identifies him by his Arkansas Bar number and describes him as a child welfare law specialist and as a member of the state-run Arkansas Attorney Ad Litem program. His contract didn't prohibit him from using the ad litem description or referencing the Administrative Office web site, the suit states.

The lawsuit also includes a text message from Jennifer Craun, the juvenile justice division director, to Sullivan and Kauffman after Copeland was informed his contract was being canceled that states, "should we go ahead and tell him his contract was terminated due to his use of his ad litem title and AOC web address in a political email? This is what we will say if we face a lawsuit and I think it could help smooth relations with others because he is mischaracterizing the truth."

Fite also texted the program's assistant director, Janet Bledsoe, about the email with the comment, "Should ad litem info be on email of this nature?"

The suit further notes Fite complained to Bledsoe in 2018 about how Copeland was running against her, stating his efforts were "pulling votes from me." It said Fite asked Bledsoe to keep that communication secret, which Bledsoe agreed to do.