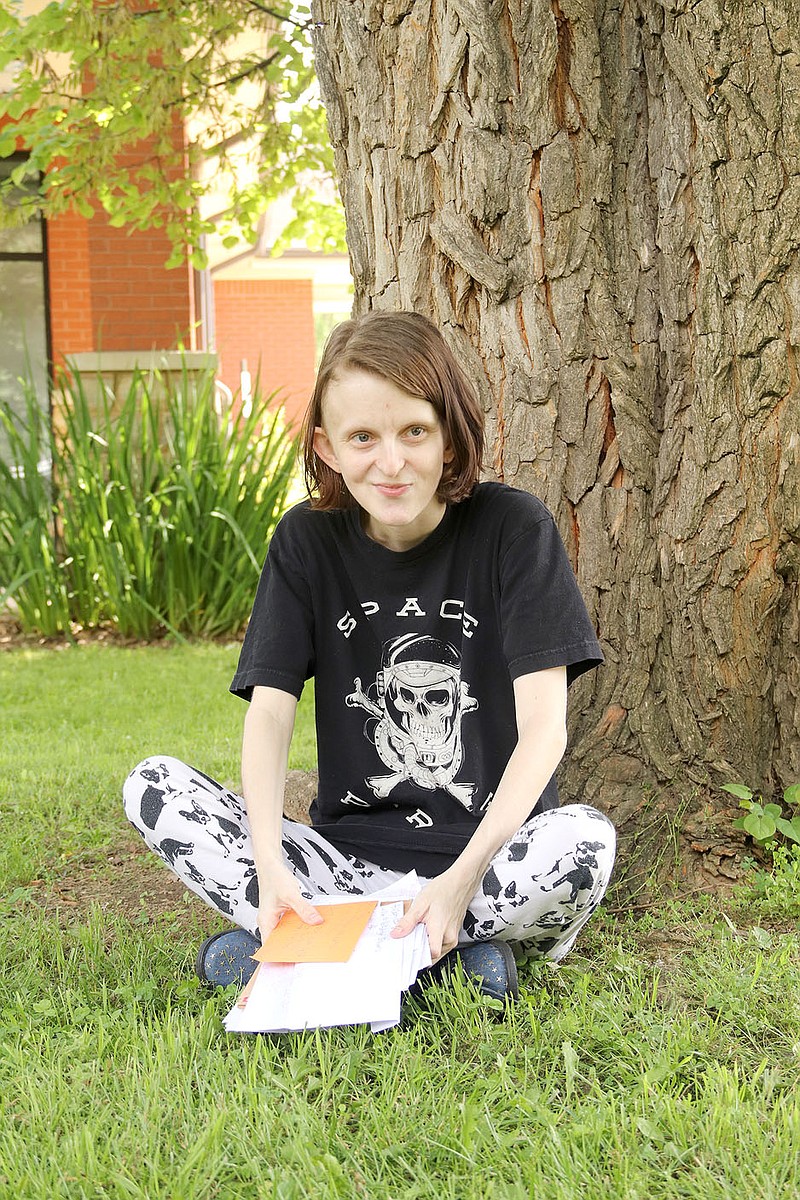 LYNN KUTTER ENTERPRISE-LEADER Allison Bond of Lincoln has more than 800 pen pals and enjoys writing short notes or sending cards to her pen pals, as well as receiving letters in the mail. She started her hobby last year while home from school because of covid-19.

LINCOLN -- Allison Bond, 24, of Lincoln, likes to write poems and likes to write letters. She has used both interests the past year to connect with more than 800 pen pals across the country, and even across the world.

She started by writing letters and poems and sending cards to friends and family as pen pals.

Since then, Allison has expanded her letters to soldiers at boot camp at Fort Benning in Georgia and found others through Facebook groups on the internet. She has pen pals in Russia, Japan and many states in the United States, such as Kansas, New Jersey, Utah, Tennessee, Iowa and Virginia.

"I seriously think I'm old-fashioned because I like to write letters. I just enjoy doing it."

Her mother, Cathy Bond, said Allison's letters "spread joy" to many people in a world that is full of negative news.

Allison said she mails letters several times a week. On one recent week, she said she mailed out 60 letters to her pen pals. Most of her letters are not long. She said she just wants to basically tell her pen pals hello and ask how they are doing.

Allison said her favorite pen pals are the soldiers.

"They are all my heroes," she said.

Allison, who has some disabilities, attends school at Life Styles, Inc., in Fayetteville. Life Styles is a nonprofit agency helping people with disabilities live full lives. Allison said she started writing to pen pals when the school was closed last year because of covid-19.

Cathy Bond said she believes her daughter's new interest is helping her develop and improve some of her life skills.

"It's helping her fine motor skills and in a lot of other ways," Cathy Bond said.