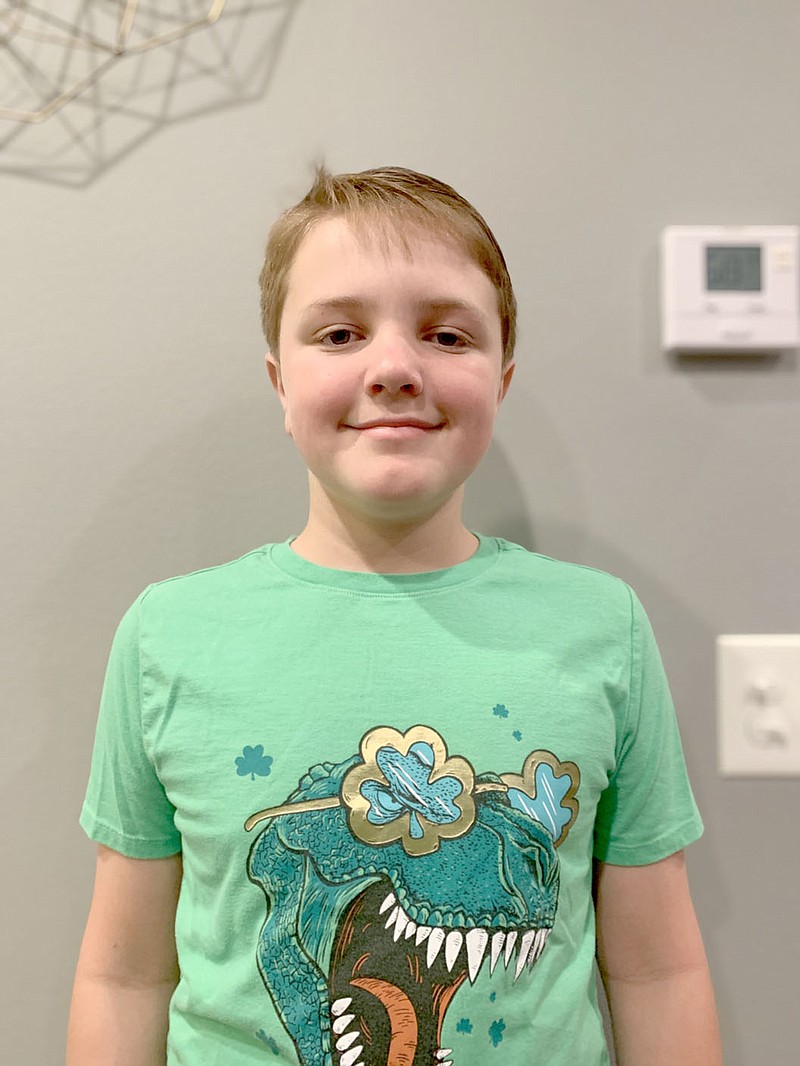 A Prairie Grove fifth-grade student won first place in a global, digital competition to design a machine to put sprinkles on a cake.

Benjamin Maksimowski, a fifth grade student with the middle school's gifted and talented program, was the Home Division winner for his entry, Redstone Revolutionary, in the North American Scholastic Esports Federation's Minecraft and Rube Goldberg Competition.

Melanie Nations, Prairie Grove's GT coordinator, said all of her gifted and talented students participated in the competition this year for a class project.

According to a news release about the competition, it was the first-ever digital Rube Goldberg Machine contest. Students from all regions of the United States and several other countries participated in the contest where they learned to apply engineering and STEAM skills to design chain-reaction contraptions in the style of Rube Goldberg machines.

During fall 2020, students watched livestreams and learned how to create simple machines like levers, wheels and axles, and pulleys in the Minecraft Education Edition. They participated in pre-season challenges and then were given the project for the competition. Students had to create an elaborate machine to put sprinkles on a cake.

According to the news release, Jennifer George is legacy director of Rube Goldberg, Inc., a non-profit organization focused on equity and access in STEAM education. George's grandfather, Rube Goldberg, was a cartoonist who drew elaborate machines.

"The Rube Goldberg Machine Contest has inspired kids to tap into their creativity to design physical contraptions for years," the news release said.