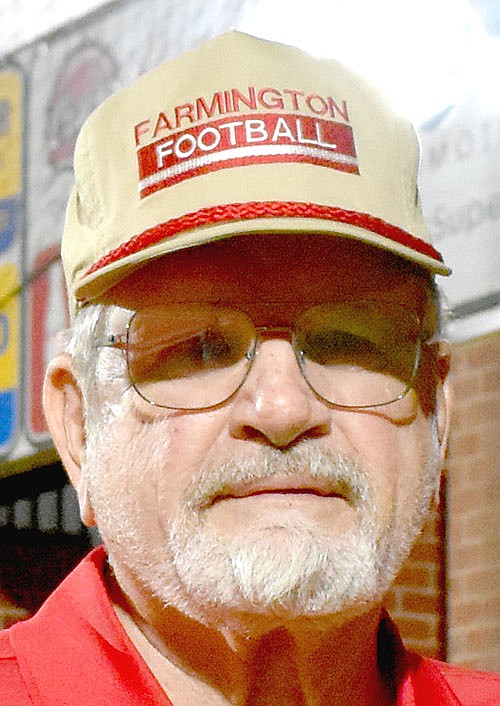 FARMINGTON -- Going back to Farmington's state championship years, 1972-1973, the path to a football championship was a lot narrower back then, very few teams made the playoffs.

"The first year we were in the playoffs, the first opponent was Danville and they were defending state champions. We went down to Russellville and beat them to get on to the finals so it was a lot more simple back then. You didn't have that many games to play," said Allen Holland, who served as Farmington head football coach from 1966-1991.

Holland convinced the Cardinals not to wear a label tacked on the 1B also known as the Ozark Conference and they believed in themselves.

"I told them they could win and they just didn't seem to be afraid of anybody," Holland said.

Farmington claimed the 1972 state championship behind a powerful rushing performance by Ricky Lewis (21 carries, 158 yards). His 4-yard touchdown run midway through the second quarter gave the Cardinals a 6-0 lead going into halftime. Lewis added an insurance touchdown on a 19-yard jaunt in the second half before Magnet Cove rallied with an 11-yard rushing touchdown by Creighton Minge.

Continuing a trend with Farmington failing to convert on its first two touchdowns, Magnet Cove could not convert either, yet had cut the Cardinal lead in half to 12-6 with just inside four-and-a-half minutes to play.

Magnet Cove's Darrell Clements entered the championship game with 15 rushing touchdowns. Farmington's defense was equal to the task however, keeping him out of the end zone and limiting Magnet Cove to 138 yards of total offense.

Farmington put the game away in the final minute with Arlin Oxford scoring on a 3-yard run. This time the Cardinals successfully converted the point-after on a quarterback sneak by Paul Jamerson to make the final 20-6. Farmington's wishbone offense produced 373 total yards of offense in the championship contest.

The 1972 Cardinals scored 458 points averaging 38.2 points-per-game while holding opponents to 84 total points on the season, an average of 7 points allowed per contest. 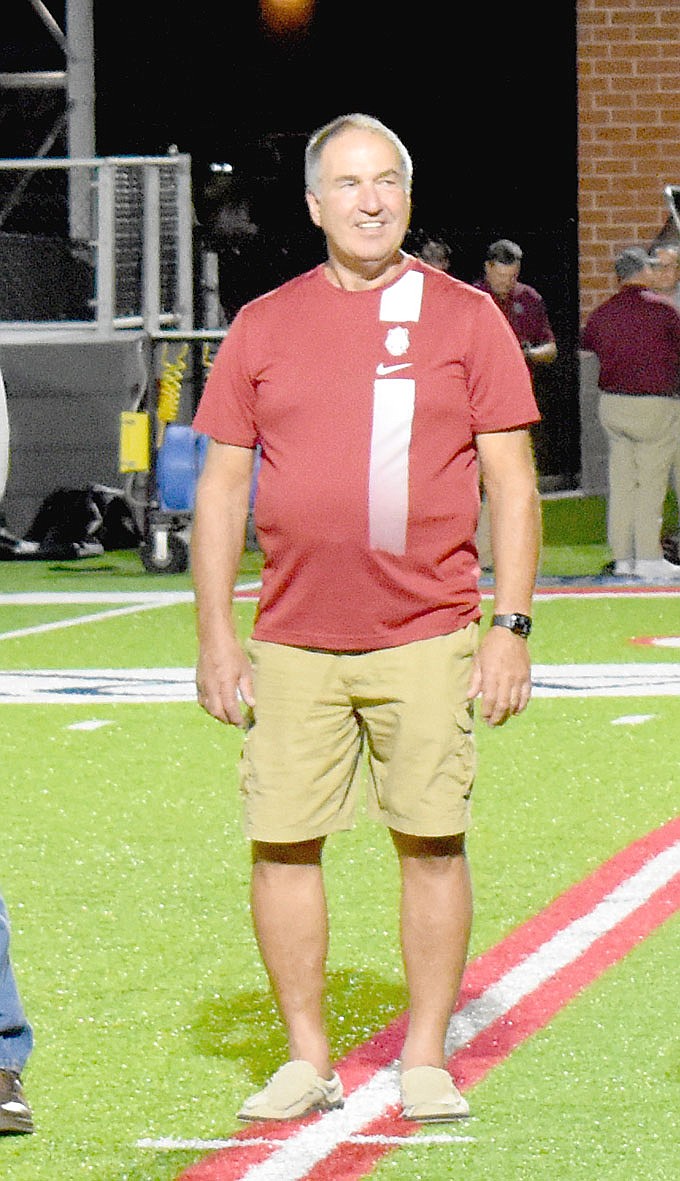 MARK HUMPHREY ENTERPRISE-LEADER/Keith Marrs wore No. 72 earning All-State, All-District and Most Valuable Defensive Lineman honors as a member of the 1972-1973 Farmington Class B State football championship teams recognized Friday at halftime during the Cardinal football game.