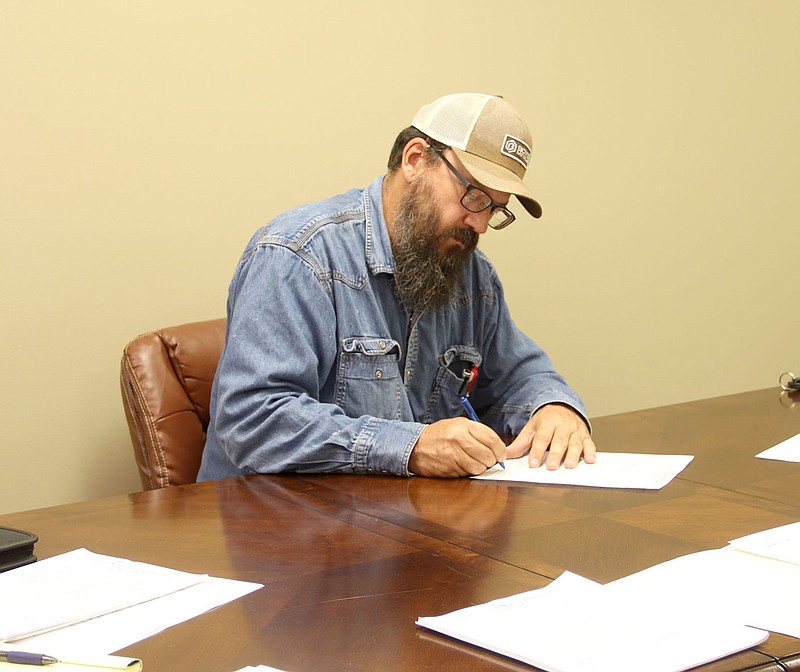 LINCOLN -- The city of Lincoln will use a $307,285 grant to help pay the costs to repair sewer lines and manholes along Sugar Hill Road.

Arkansas Economic Development Commission announced last week that it has awarded $6.42 million in community development block grants to 26 Arkansas cities and counties, including a sewer grant for the city of Lincoln.

According to a news release from the commission, the grants were awarded under the General Assistance set-aside, which is part of Arkansas' grant allocation that provides opportunities for communities to apply for non-housing public facility and public infrastructure projects

Brenda Rowell with AEDC said the grant includes $285,285 for construction costs to repair 1,100 linear feet of sewer lines and manholes and $22,000 for administrative and other fees. The city will be responsible for engineering costs and any construction expenses that exceed the grant amount.

Hutchens said the city contracted with McClelland Consulting Engineers to survey sewer lines and is using that survey for its repair schedule, Hutchens said.

"They did a video of inside the pipes during a rain event so we could tell where the water is coming and which were the worst sections," Hutchens said. "We have a map of worst to best and we're starting with the worst and working our way upstream."

Hutchens said the sewer lines along Sugar Hill Road were constructed in the 1970s.

Repairing sewer lines will help the city create capacity without changing anything at the sewer plant, Hutchens added.

The McClelland engineering firm will design the project and estimates the total cost will be around $340,000, said Rhonda Hulse, city business manager.

The commission also awarded an additional $4.5 million to 24 cities and counties from a supplemental program to assist in efforts related to the coronavirus. Many of these grants were awarded to senior centers for Meals on Wheels equipment and building improvements.

To be eligible for the community development block grants, communities must have a population of less than 50,000, and at least 51% of the persons benefiting from the project must be of low to moderate income.

The funds are from the U.S. Department of Housing and Urban Development through the Community Development Block Grant State Program for small cities.