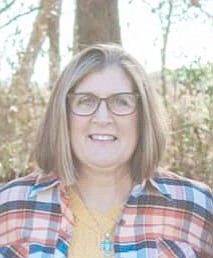 She was preceded in death by one brother, Charles Michael Christenson.

She was preceded in death by her husband, Samuel Paul Cornett whom she married on November 14, 1953; her parents, two brothers, Preston and Wiley Letchworth; one grandson, Michael Wallen; one granddaughter, Bobbi Lynn Gaches and one great granddaughter, Brittney Allen.

Burial will be in the Farmington Cemetery. There will be no graveside service held.

She was preceded in death by her parents; her beloved stepfather, Earle Woodhall; her husband, Robert W. Dolan; and a brother, Donald Whitinger.

Joanne moved to northwest Arkansas in January 1971 from Fort Sill, Okla. She was a stay-at-home Army wife during the Korean Conflict and Vietnam War. She was a member of Our Lady of the Ozarks Shrine, Alpha Delta Pi Sorority, the Strickler Quilting Group and taught special education at Springdale and Greenland schools. She was also a member of the Altar and Rosary Society at Saint Joseph Catholic Church.

A special thanks to her friends and caregivers Cathy Foley and Stormy Ellison.

Her cremains may be visited in the auxiliary chapel at the church until the service date. Condolences at www.beardsfuneralchapel.com.

Hugh served in the United States Army during Korea.

Eddie enjoyed crappie fishing, bowling, and playing softball. He was a huge Razorbacks fan and Baltimore Orioles fan (Cal Ripken, Jr). Eddie was a deacon and was very active with the West Fork Baptist Church. He worked at the University of Arkansas Facilities Management Plumbing Department, retiring after 35 years of service. Eddie was also a member of the Farmington Cardinals Class of 1974 State Football Championship Team. He was a loving husband, father and grandfather. Eddie was a hard worker who would help anyone in need.

Eddie is survived by his wife, Julia Owen Woods of the home; his mother, Nancy Woods of Fayetteville; a son, Adam Woods and wife Shari of Lincoln; a daughter, Amber Sisemore and husband Josh of Centerton; four brothers, Billy, Gary, and twins Darrell and Dennis Woods; two sisters, Donna Rhine and Tracy Smith; five grandchildren; Ashton, Owen, Asher, Scarlett, and Annakah, and one grandchild on the way, Audrey, due in November.

The funeral service was held Friday, Oct. 8, at the West Fork Baptist Church with pastors Heath Clower and Scott Miller officiating. Interment followed in Campbell Cemetery under the direction of Beard's Chapel.

Iris Jeanine Woodward, age 63, a resident of Fayetteville, Arkansas, passed away Thursday, September 23, 2021, at her home. She was born October 7, 1957, in Prairie Grove, Arkansas, the daughter of John Odle "J.O." and Ila Jean (Smith) Beaty.

Jeanine loved to bake, spend time outdoors hunting and fishing with her husband and spend time with her three grandsons.

She was preceded in death by her parents.