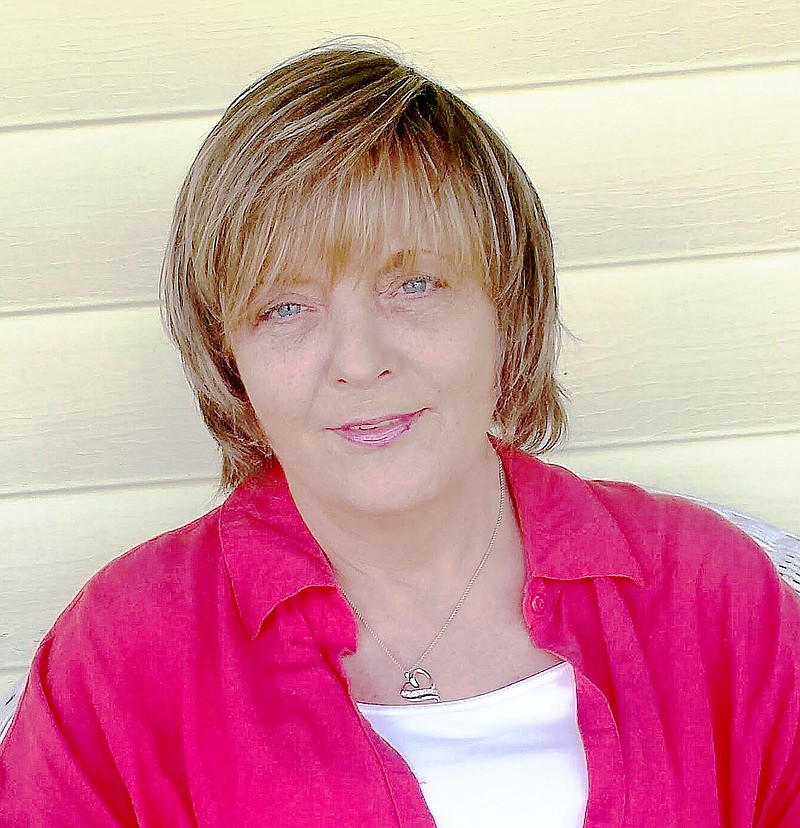 Paulette was born to Robert and Bernadine (Thramer) Walnofer on February 24, 1960, in Neligh, Neb. She graduated from Ewing High school and received a finance degree from Wayne State College. She married Mark Anderson and supported him through many moves around the country from Texas, to Colorado, Iowa, Nebraska, South Dakota, Kansas, and Arkansas.

A funeral service was held September 6, 2021, at the Full Gospel Church in Ewing, Neb. Burial followed at Butte Cemetery in Butte, Neb.

In lieu of flowers, please direct memorials to the family for future designation. Arrangements are entrusted to Biglin's Mortuary in O'Neill, Neb

Paulette was preceded in death by her mother Bernadine Walnofer.

She was preceded in death by brothers, O.D. Smith and Loyd McCormick; and a sister, Ruby Jean Smith.

Brian earned his Ph.D in English Literature at the University of Arkansas in 1994. He worked for the University of Arkansas Press for 22 years, first as a copy editor and then as Managing Editor/Production Manager. As an editor, his high regard for the traditions of publishing were evident in each project he managed. He was respected by the authors he worked with for his erudition and keen eye and was known by his colleagues for being instructive, patient, and kind.

A memorial service will be held at a later date. Memorials can be made to the Shiloh Museum of Ozark History, 118 West Johnson Avenue, Springdale, Ark., 72764.

Final arrangements were made under the direction of Nelson-Berna Funeral Home in Fayetteville.

Heather Lea (Hector) Thordsen was born on April 27, 1954, in Cook County, Illinois. At a very early age, she was adopted by Roy William Hector and M. Marceil Hector. She grew up primarily in Woodridge, Ill., with her adoptive sister, Holly.

Heather graduated from Downers Grove South High School in 1972. After graduation, she moved to California and became a scriptwriter for such shows as "Happy Days" and "Chico and the Man," among others.

Upon returning to Illinois in the late 1970s, Heather found her true calling in life. She made child welfare her passion and was a board member of the Child Welfare League of America and the Illinois Child Care Association. She received her Bachelor's Degree in Social Work from North Central College, and went on to get her Master's Degree in Counseling from Governor's State University.

On May 19, 1990, she married her soulmate, Michael William Thordsen. Heather was the immensely proud mother of two children, Mark (born 1992) and Nicole (born 1995). She was an active mother and also active in the Methodist church throughout her life.

On February 20, 2021, Heather was diagnosed with brain cancer. After a courageous fight against this disease, she went to be with her Lord and Savior on Saturday, August 28, 2021.

Heather was preceded in death by her parents, Roy and Marceil. She is survived by her husband, Michael; son, Mark (girlfriend Marcie); daughter, Nikki, and her sister, Holly (Hector) Payton (Rev James Keith); several nieces, nephews, great nieces, and great nephews. Heather will truly be missed by friends, family, and colleagues.

According to her wishes, Heather will be cremated. A celebration of life memorial will be held on Saturday, September 11, 2021, at 1 p.m. at Heather's home, 107 S West Ave., Lincoln, Arkansas 72744, for friends and colleagues. A private memorial for family members will be held at a later date at a site yet to be determined.