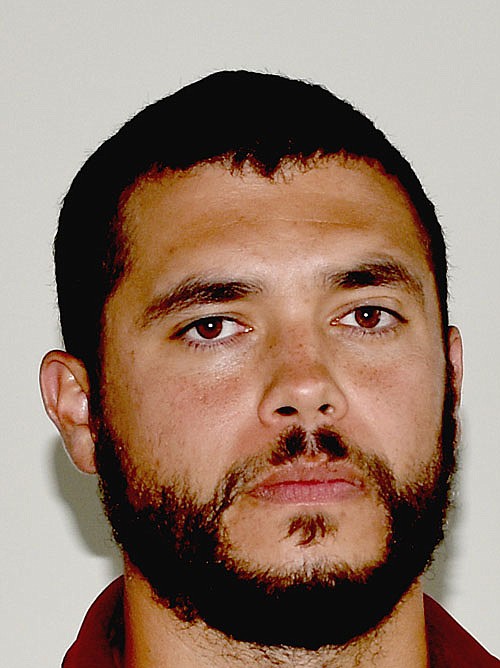 LINCOLN -- "All aboard," opponents better look out or they'll get run down in a gang tackle by the Bowen Express.

Those who don't like how hard No. 42 hits aren't likely to think it's any better to run headlong into No. 12.

Identical twins, Blake Bowen (5-11, 170), who can play guard, tight end or middle linebacker, and Brodey Bowen (5-11, 170), a linebacker/quarterback, separated since they were old enough to play scholastic football, reunited for the express purpose of playing out their senior season at Lincoln.

A conversation with Lincoln coach Reed Mendoza speaking about the twins begins with his assessment of their character.

"First of all, Brodey and Blake are both great kids and we're glad to have Blake because of that," Mendoza said.

The twins approach every down, every play, every rep, every drill in practice with an attitude of thankfulness cherishing their shared opportunity fully intending to maximize every moment.

"I'm excited to play with my brother again. I haven't played with him in a long time and honestly I've heard very good things from him," said Blake, who transferred from Class 6A South Grand Prairie in Texas.

Brodey echoed that sentiment although neither expects to display the least bit of sentiment about knocking down an opposing ball carrier.

"It's exciting, man, I haven't played with him since pee wee and he's lived in another state pretty much since I've been in middle school. It's fun to get to play this last year with him and to get to experience everything that we have," Brodey said.

Brodey has attended Lincoln through junior high and high school while Blake resided in Texas and his reputation preceded him in the form of his twin brother, whom the Lincoln coaches are well acquainted with.

"When we figured out that there was a possibility that he was thinking about moving, of course we can't recruit or anything but we were sure rooting for it to happen and sure enough it did," Mendoza said.

Blake describes his journey from South Grand Prairie to Lincoln as "kind of complicated." He decided that he wanted to do a harder thing and go to a bigger school, but upon his arrival at Lincoln he discovered that perception didn't match reality.

"Then when I realized that this was actually harder, everybody was actually more skilled when I came down here, it changed my whole experience and my whole mindset on what I needed to do," Blake said.

It's no coincidence that his twin brother just happened to be there for him and he found the people of Lincoln welcoming him into the community.

Blake didn't exactly walk into training camp and Wolfpack workouts with his eyes closed. The fact that everybody he met seemed to welcome him was pretty nice and well, but Blake quickly realized the Wolves' defense stood to benefit from "hands on" senior leadership.

Blake told himself and his twin, "Someone's going to need to step up," and both devoted themselves to answering that call.

"You know what? We're going to step up for each other," Blake said as he summarized their unified response. "So me and him are now getting everything together and making sure everybody's on the right track."

Mendoza, who became only the fourth head coach in school history to lead Lincoln into the state football playoffs last season, wasted no time in getting himself and the Wolfpack staff familiar with Blake's skillsets once the transfer occurred.

"Of course, we didn't know anything about Blake whenever he got here. We got him out there in spring ball and he has a lot of the same qualities that Brodey does, very hard worker," Mendoza said.

Brodey has a lot of experience playing quarterback, a position Lincoln came into the season stocked at, but won't let an ego trip prevent him from contributing as needed.

The twins emerged as starting linebackers for the Wolfpack defense.

"Both [are] very aggressive on defense, willing tacklers, so they'll factor in at linebacker for us, both of them will take a lot of snaps. That will be cool to watch them work together," Mendoza said.

"They haven't lived together since eighth grade when Brodey came to us, but them getting to live together and experience that final [high school] year together is pretty neat and you can see that they are really looking forward to it and they're really enjoying it so far."

After missing the Huntsville game Brodey returns to action alongside Blake this week as the Wolves begin conference play at home against Hackett. Kickoff is slated for 7 p.m. on Friday at Wolfpack Stadium. 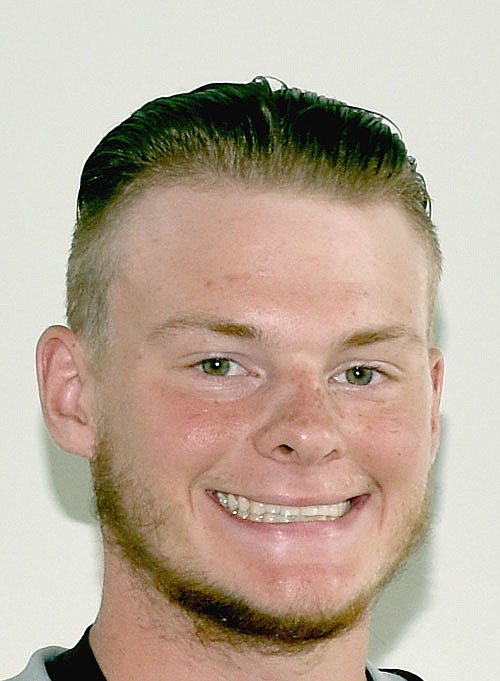 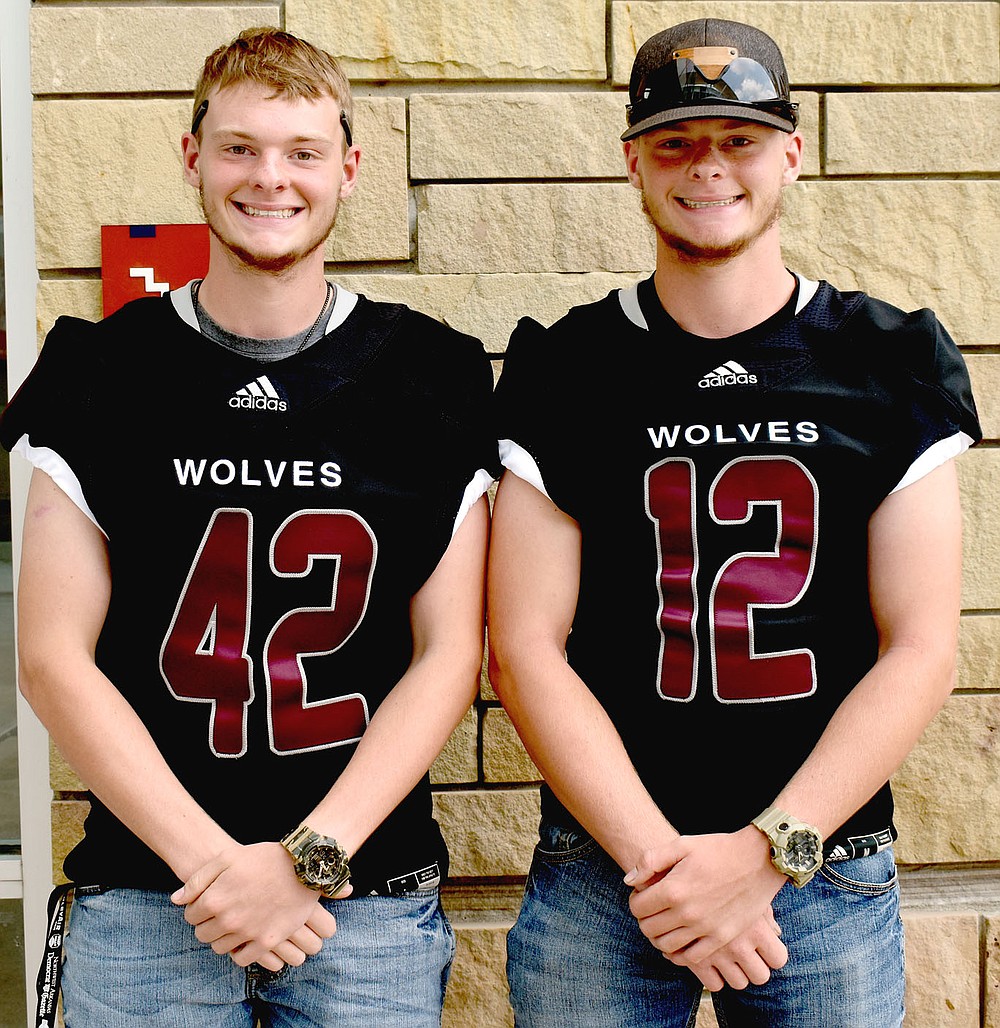 MARK HUMPHREY ENTERPRISE-LEADER/Identical twin brothers, Blake (left) and Brodey Bowen brim with excitement over a chance to play together for their senior season. The twins haven't played on the same team together since pee wee and plan to maximize every opportunity. Blake transferred from South Grand Prairie, a Class 6A high school in Texas. 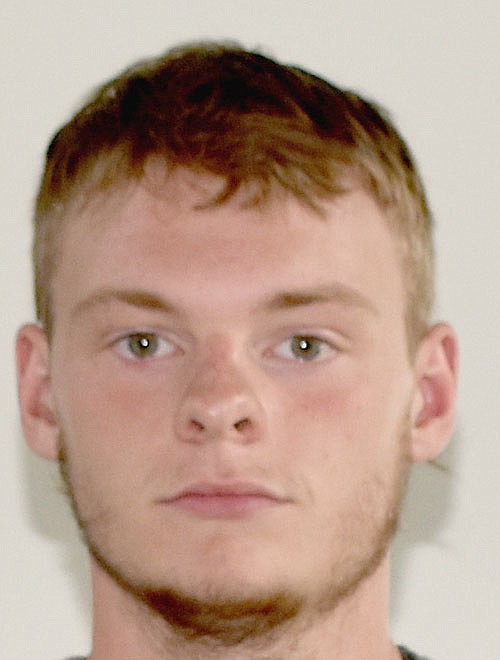