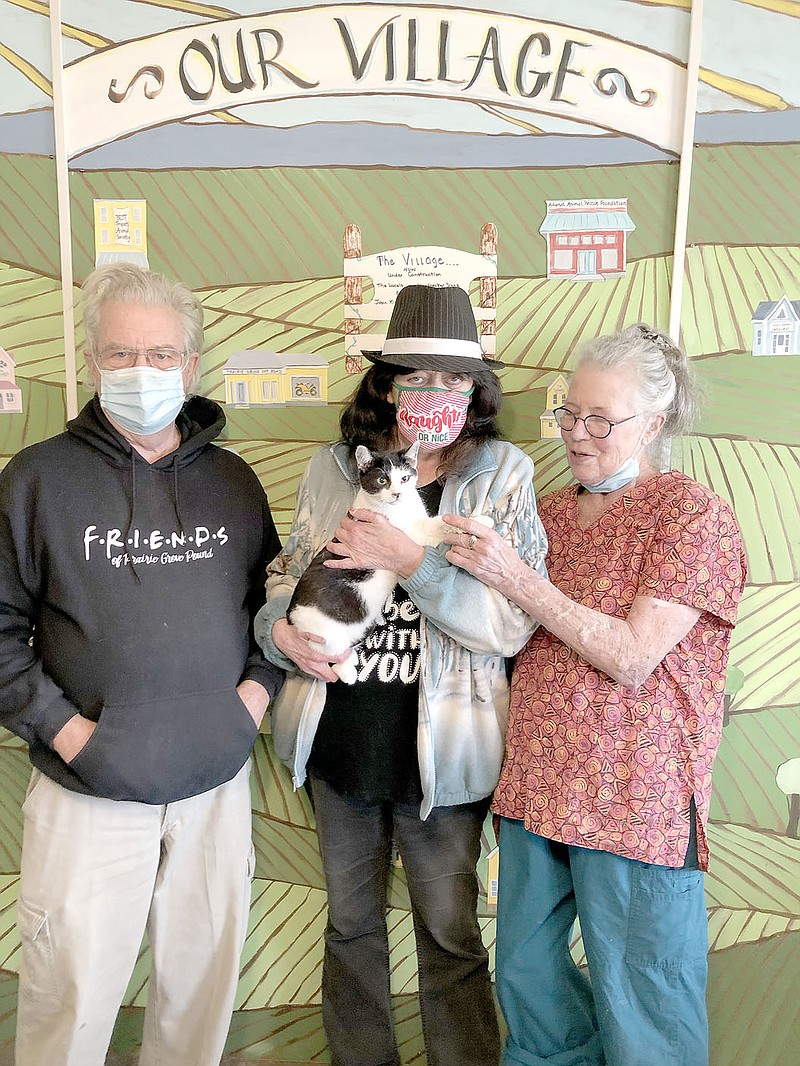 COURTESY PHOTO Jim Glover with Friends of Prairie Grove Pound stands with Karie Vickery and her kitty, Oreo, and Marcia Donley with NWA Community Cat Project. Oreo is the 6,000th cat to be spayed or neutered by the organizations.

Oreo was the 6,000th cat to be spayed or neutered by Friends of Prairie Grove Pound and Northwest Arkansas Community Cat Project during their low-cost spay and neuter cat clinics held the past six years.

As the owner of the 6,000th cat, Vickery received a $50 gift certificate from Coyles Restaurant in Prairie Grove and a “kittycat” kite from Cane Hill Kite Festival. Oreo, a female, was spayed at the Dec. 18 clinic.

Sharon Glover, vice president of the Friends’ group, said it’s been gratifying over the years to provide a low-cost service that makes a difference in the cats’ lives, as well as making a difference in the community of Prairie Grove, Northwest Arkansas and even western Oklahoma.

Both organizations started offering the low-cost neuter and spay clinics six years ago using the city’s maintenance building on Saturdays.

On Sept. 21, 2019, Friends celebrated the grand opening of a new cat clinic, called The Village, located at 11114 Little Elm Road. The building, owned by the city of Prairie Grove, houses a fire substation in one half of the structure, and the other half is used for the cat clinic.

Friends of Prairie Grove remodeled its half of the building to add storage space, rooms for pre-surgery and surgery and space for recovery. To give the clinic a “village” feel, small signs were installed above the doors to different rooms. The surgery room, for example, is called The Village Hospital.

The clinic’s fees are $15 to spay or neuter a cat, $10 for a rabies shot and $10 for a FVRCP or distemper shot, which is recommended annually for cats. Other services offered are $5 to deworm and $20 for a microchip.

Glover said the surgeries benefit both male and female cats. Male cats are more prone to fighting, infections and testicular cancer if they are not neutered, Glover said.

A female cat can become pregnant at four months. In just two or three years, the number of kittens increases exponentially if female cats are not spayed, she added.

The groups try to host two clinics each month and these are available for anyone, regardless of a person’s income. Most times, cats brought to these clinics are pets, community cats or sometimes feral cats.

Marcia Donley with the community cat project said she started the organization six years ago with a mission to help the 50,000 cats in Northwest Arkansas that are unowned, feral or abandoned.

“It’s estimated there is one of these kinds of cats for every 10 people in any given community,” Donley said. “We don’t have any restrictions where the cats live or how much money the people make. We’re just trying to stop them from reproducing and stop the cycle.”

Owners and residents are required to register for the clinics. If a clinic is full, then that cat can be rolled over to the next clinic, Glover said.

For more information, go to the Facebook pages for Friends of Prairie Grove or NWA Community Cat Project. 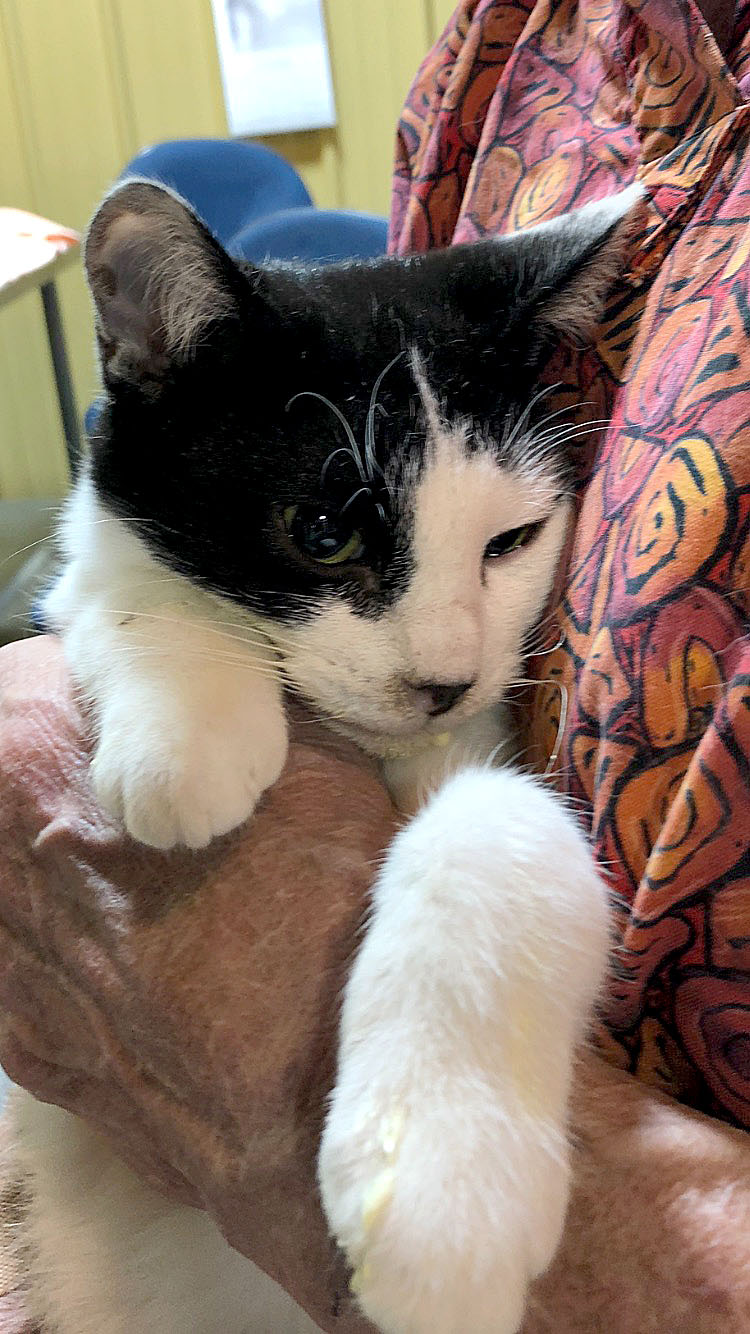 COURTESY PHOTO Oreo, a female cat owned by Karie Vickery of Prairie Gove, was spayed Dec. 18 and recognized as the 6,000th cat to be spayed by Friends of Prairie Grove Pound and NWA Community Cat Project.