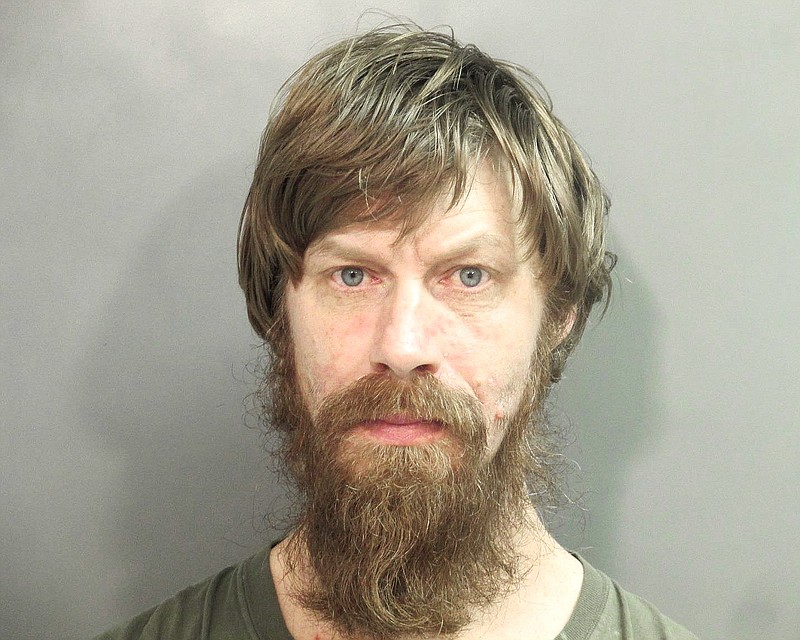 FAYETTEVILLE — A Prairie Grove man pleaded guilty last week to murdering his two-week-old baby in 2019 and was sentenced to life in prison.

Lewis was arrested March 29, 2019, by Prairie Grove police and was accused of murder in the death of Jessie Kenneth Lewis, found deceased at Lewis’ residence in Prairie Grove.

Prosecutors said Lewis punched the infant boy on the head, causing multiple skull fractures, then left him alone in an apartment to die.

Matt Durrett, prosecuting attorney, said Lewis will not be eligible for parole.

“Life is life,” Durrett said. “He will not come up for parole. He’s not going to be eligible.”

Durrett said the sentence was a “fitting end to a terrible case. The actions of one man have affected the lives of numerous people. There’s a mother out there who will never be the same and a baby who was only able to breathe the air of life for two weeks. I hope this will let her start the process of healing.”

Capt. Jeff O’Brien with Prairie Grove police on Friday said, “Being the only homicide case that I’ve worked in 15 years, it was rewarding to see justice served for such a terrible act. From the initial officers on scene to the investigators and the prosecutor’s office, it was a collective effort to see this case come to a successful resolution and to ensure that baby Jessie would not be forgotten.”

According to the police report, Prairie Grove officers responded to a call March 28, 2019, about a deceased 2-week-old baby at 203 S. Baggett St., Apt. 6 in Prairie Grove. Upon arrival, first responders and officers found the body of a baby boy face-up on a living room couch.

The report said it appeared the baby had been in that position for a “lengthy time” and that the body was showing signs of decomposition. According to the report, the Washington County coroner noted possible injury to the baby’s skull.

Prairie Grove police learned through further investigation that the baby’s father, Mark Lewis, had been arrested March 27, 2019, on a warrant for failure to appear in court, and Lewis was in the Washington County Detention Center on this charge.

According to the Prairie Grove police report, the baby’s mother had been in the hospital for several days due to complications from childbirth and had checked herself out on March 28, 2019, when she learned her husband had been arrested.

The body of Jessie Kenneth Lewis was found in the apartment by his mother, Angela Lewis, and his grandmother, Wanda McCain, on March 28, 2019. Police said Angela Lewis, 36, had been in a local hospital for the previous seven days being treated for complications from childbirth.

The report said the mother became concerned for the whereabouts of her baby since her husband had been caring for the child. When she learned he had been arrested, she said she checked herself out of the hospital. Angela Lewis found her baby at the apartment and called 911.

Mark Lewis said he packed some clothing and left the apartment after locking the door. He threw away the key in an unknown area and began walking eastbound until Farmington police picked him up on the warrant for failure to appear.

According to the detention center’s website, Lewis has been in jail since March 27, 2019. He initially was charged with capital murder and Lewis’ guilty plea to murder in the first degree was a plea bargain reached between Lewis and the prosecutor’s office with agreement from Angela Lewis.

Mark Lewis appeared in court via Zoom from the detention center. Angela Lewis gave a victim impact statement via Zoom. Durett said Angela Lewis talked about how the loss of Jessie has devastated her life.

“I hope this will allow some form of closure,” Durett said. “It’s hard to grieve when you don’t know what’s going to happen to the person who did it.”

From what he understands, Durrett said Angela is now separated or divorced from Mark Lewis.