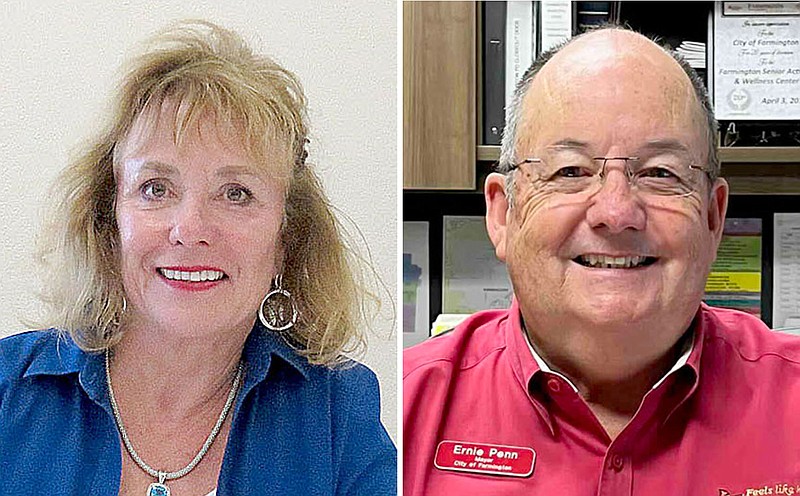 Farmington Mayor Ernie Penn and city council member Diane Bryant will face each other in the runoff.

City of Farmington registered voters can cast an early ballot for the mayor's runoff election in the county clerk's office at Washington County Courthouse on Monday through Friday the week of Nov. 29 and then on Monday, Dec. 5. Regular office hours are 8 a.m. to 4:30 p.m.

Penn has served a total of 24 years for the city of Farmington, first as mayor from 1999 to 2002, then four years on the city council and then as mayor since 2007. He has 42 years' experience as a banker and retired from Arvest Bank in 2018, before starting his current term as mayor.

Bryant is a retired school librarian and teacher and has lived in Farmington for 15 years. She served a year on the Washington County Quorum Court and has been a city council member for eight years. Bryant will retain her council position serving Ward 4, Position 1, if not elected as mayor.