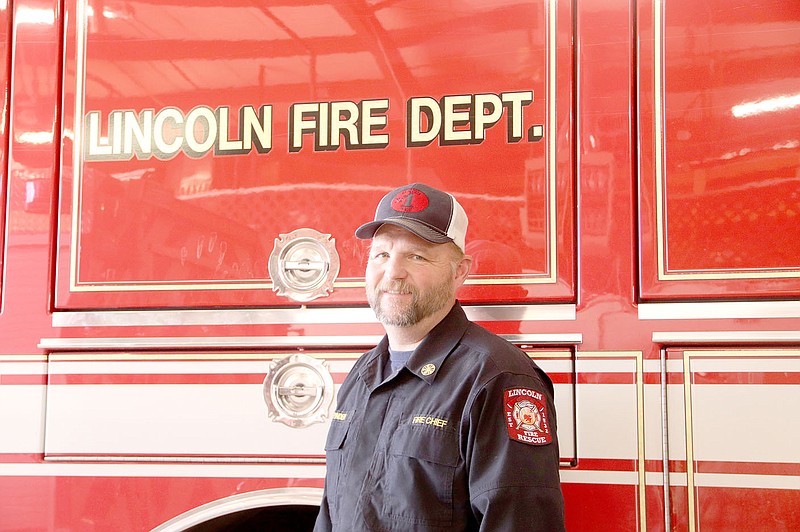 Mayor Doug Hutchens announced Pinder’s resignation at the Nov. 15 city council meeting. After the meeting, Hutchens said Pinder is resigning for personal reasons and to accept another job offer.

Asked if the situation involving former firefighters Willie Leming and his son, Dakota Leming, was a factor in the resignation, Hutchens responded, “Everything contributes.”

Pinder in May relieved the Lemings of their duties as members of Lincoln Fire Department. Willie Leming is the former volunteer fire chief and Dakota had been serving as volunteer assistant fire chief.

They appealed Pinder’s decision to Hutchens, who declined to reinstate them to the fire department.

Hutchens said he told Pinder before he started as fire chief in February 2021, that it would be a “tough nut to crack” because it was a new position and the city was going from a volunteer fire chief to a paid, full-time fire chief.

Pinder last week declined to say where he’s going next but did say he will have a “chief” title at another organization in another state. For now, he said his house is up for sale.

Pinder said the situation with the Lemings had “partially” to do with his decision to resign.

Asked if he had any advice for the next person coming in, Pinder simply replied, “Good luck.”

He said, “That’s between me and the mayor. We’ve had a conversation and that’s the way I want to keep it.”

Pinder listed what he considered accomplishments in the fire department since he came on board almost two years ago. These include 42 new airpacks with the assistance of the county, grants to purchase extrication equipment for the city fire and Cincinnati fire stations and a forestry service grant for wildland equipment and tools.

Pinder also hired the city’s first full-time firefighter. He said he has worked on improving building and fire codes for the city the past year and worked with the training officer to improve training in the department.

“I came from the hills of Texas to mountains. We didn’t have trees like this. We had seasons, but not like here. It’s just gorgeous. People here are amazing. I’ve made a lot of friends. I’ve made several enemies too, but I’ve made some good friends and it’s been good.”

Hutchens said he will have to decide how to move forward. The city advertised the fire chief’s position two years ago nationally and only received two qualified candidates, Pinder, who came from Texas, and someone from Missouri.

“I’m fully convinced that the outcome would have been the same no matter who we chose,” Hutchens said. “I don’t really fault our applicants. It’s tough. That’s why no one local applied because they knew the situation.”

Hutchens said it’s getting better because more money is coming into the system but when Pinder first came on he was a “one-man show” who had to serve in the fire chief position and also respond to medical calls, brush fires and other calls.

“He did everything in his capacity to make it work.”