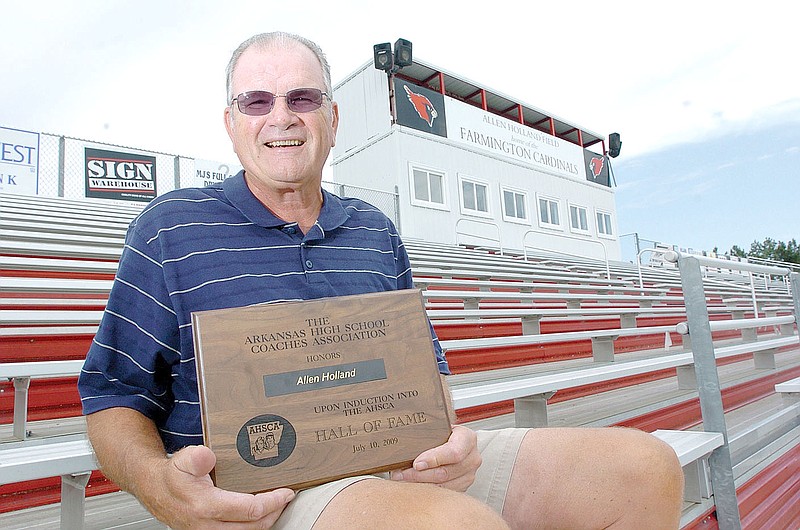 FILE PHOTO Legendary retired Farmington football coach Allen Holland poses in July of 2009 with the plaque he received after being inducted into the Arkansas High School Coaches Association Hall of Fame.

FARMINGTON -- Farmington School District announced the creation of the Farmington Hall of Honor in a news release issued Sept. 1.

According to the release, the Hall of Honor will be a showcase of distinguished Farmington graduates, district staff members or community members who have made a tremendous impact or have achieved significant accomplishments within the district's schools, within the community and beyond community borders.

Hall of Honor committee chairman Beau Thompson states, "Our school board and Superintendent feel that it is important to recognize our past as we move towards our future. It is an honor to be a part of establishing a way to recognize Farmington's community with our honorees."

The district will recognize these six individuals at the Hall of Honor Banquet at 6 p.m., October 12. Tickets are available only online for purchase for $20 at www.farmcardsathletics.org.

Thompson said the public will be able to see the Hall of Honor showcase along the concourse at Cardinal Arena.

Coach Allen Holland served as head football coach at Farmington from 1969-1991. He built a football program based on physical preparation and mental toughness. At the end of his tenure he accumulated an overall record of 186-70-2. His teams won state titles in 1972 and 1973, as well as making four other trips to the state semifinals and earning 11 conference championships. Allen's son Jay played for him then returned to coach at Farmington himself from 1992-1998.

Johna Selph, a 1990 graduate of Farmington High and daughter to Alvin and Belva Brumley, was a high school standout in basketball and cheer as well as track and field, which were the only female sports offered at the time. She set track and field conference records as a sprinter competing in the 100 meter and 200 meter dash and was high point at the conference track meet in 1987. In basketball she was voted All-Conference multiple times, and All-Region and All-State during her senior year. Johna is married to former Farmington and current West Fork coach, Rodney Selph, and has four children, Kaden, McKenzie, Gunner, and Ava.

Brent Jackson, a 1990 graduate of Farmington High, is universally recognized as one of the greatest football players in Farmington history. Jackson was a three-year starter and letterman in football. A standout on both offense and defense, he played running back and linebacker. He was selected his junior and senior year to All-Conference, All-State, Kurm Dream Team, and was the Kurm Dream Team MVP Defense Player of the Year his senior year. After high school he attended Ouachita Baptist University and played for Buddy Benson's football team. He was a four-year letterman-starter on defense and earned All-Conference and All-American honors his senior year. Brent and his wife Kerri, along with their daughter Goldie, are current residents of Hot Springs.

Jennette Robbins began teaching home economics at Farmington High School in 1972 for a salary of $4,500. She taught until the year 2000. Besides her normal classroom duties, her contract always stipulated, "and other duties as determined by the superintendent." Those included cleaning and repairing the football team uniforms, hosting numerous hospitality rooms for coaches and referees, taking annual trips to Tulsa State Fair, state FHA convention, and trips to national FHA events, and judging Washington County Fair. Jennette is married to Larry Robbins and they have three children, Trey, Sarah, and Stephanie, all Farmington graduates, anfg with five grandchildren.

Ricky Lewis was a 1973 graduate of Farmington High School. He played on the first state title football team in 1972. He still holds records at Farmington to this day including longest punt return for a touchdown (80 yards), longest touchdown from scrimmage (97 yards), most yards rushing in a game (275 yards) and most yards rushing in one season (1470 yards). Lewis is married to Karen Lewis and they have one child, Beth Lewis Nay, both also graduates of Farmington. He also has one grandchild who attends Farmington as well.

Linda Sims was a 1964 graduate of Farmington High School. There she played 6-on-6 basketball, which was 3-on-3 on each side of the time-line with three players on defense and three on offense where she was co-captain. She was also voted most athletic and basketball homecoming queen in 1964. She worked full-time at Farmington Schools from 1974-2004, then part-time from 2004-2009. She began as a library aid then held positions of high school secretary, athletic secretary, and administrative secretary to name a few. She was married to her late husband, Wayne Sims for 52 years. They have two children, Kellie and Kirk, who are also graduates of Farmington.

The Hall of Honor Committee is tasked with identifying inductees that have made significant contributions to the Farmington School District, Farmington community and beyond. The committee consists of former school board members and graduates Jeff Oxford and Tony Parsley, Athletic Director and former coach Beau Thompson, Assistant High School Principal and graduate Clayton Williams, graduate and current Assistant Athletic Director at Fayetteville Liz Caudle, and graduate and former coach Ronnie Davis. 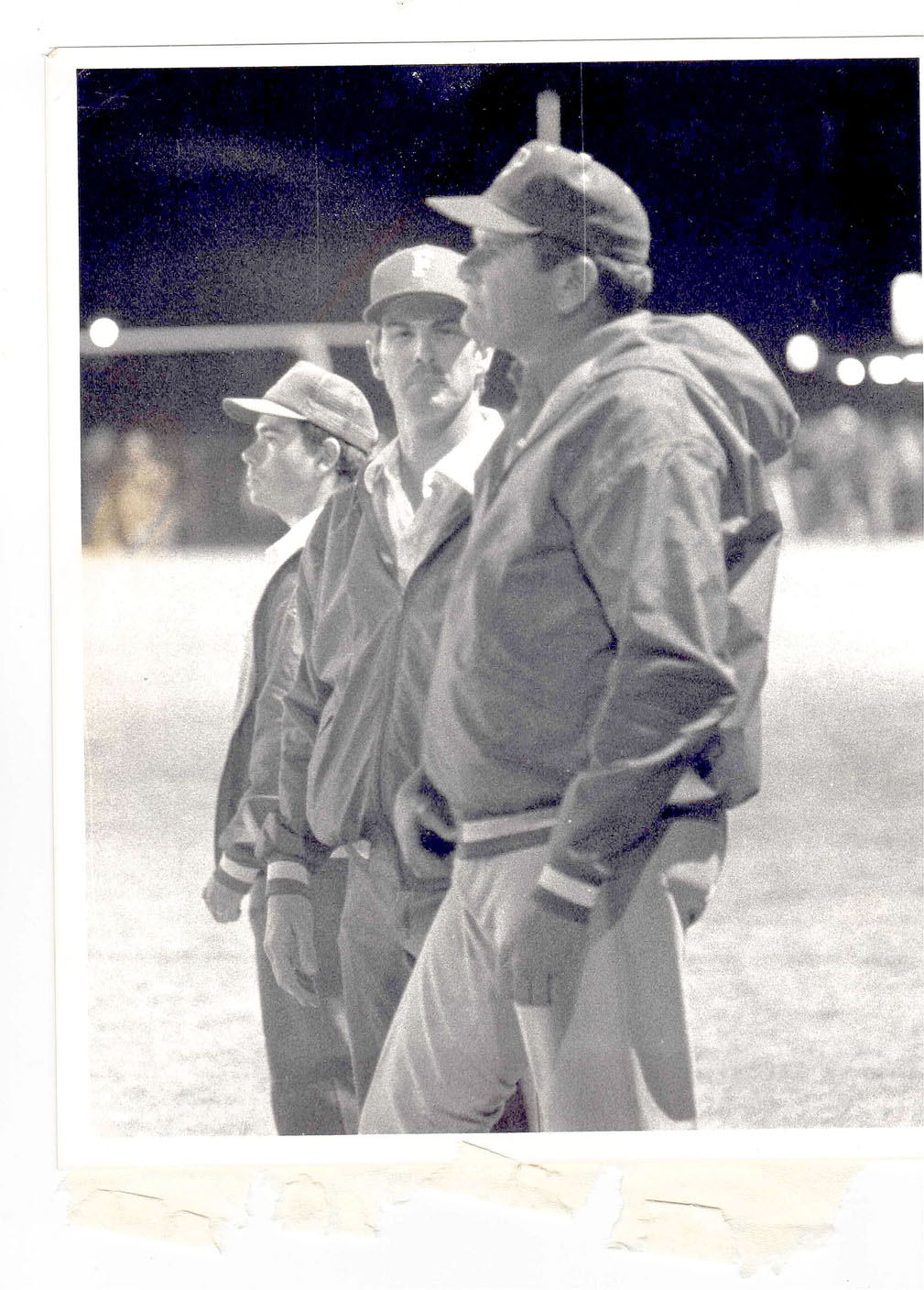 COURTESY PHOTO Farmington football coach Alan Holland stands on the sideline during a game during his career at Farmington high school. 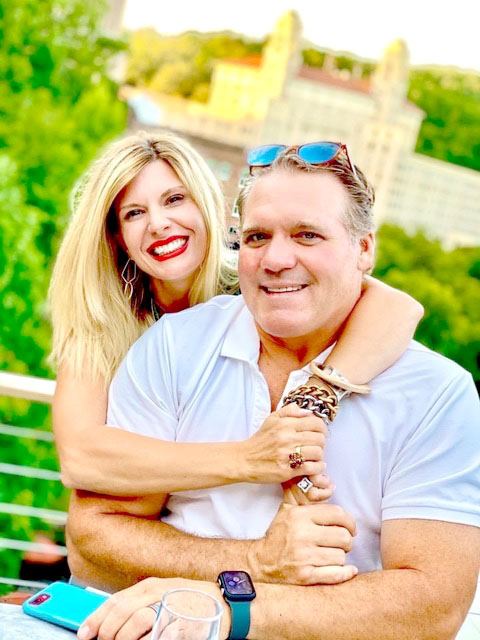 COURTESY PHOTO Brent Jackson and his wife, Kerri, along with their daughter Goldie, are current residents of Hot Springs. Jackson has been named to the new Farmington Hall of Honor. 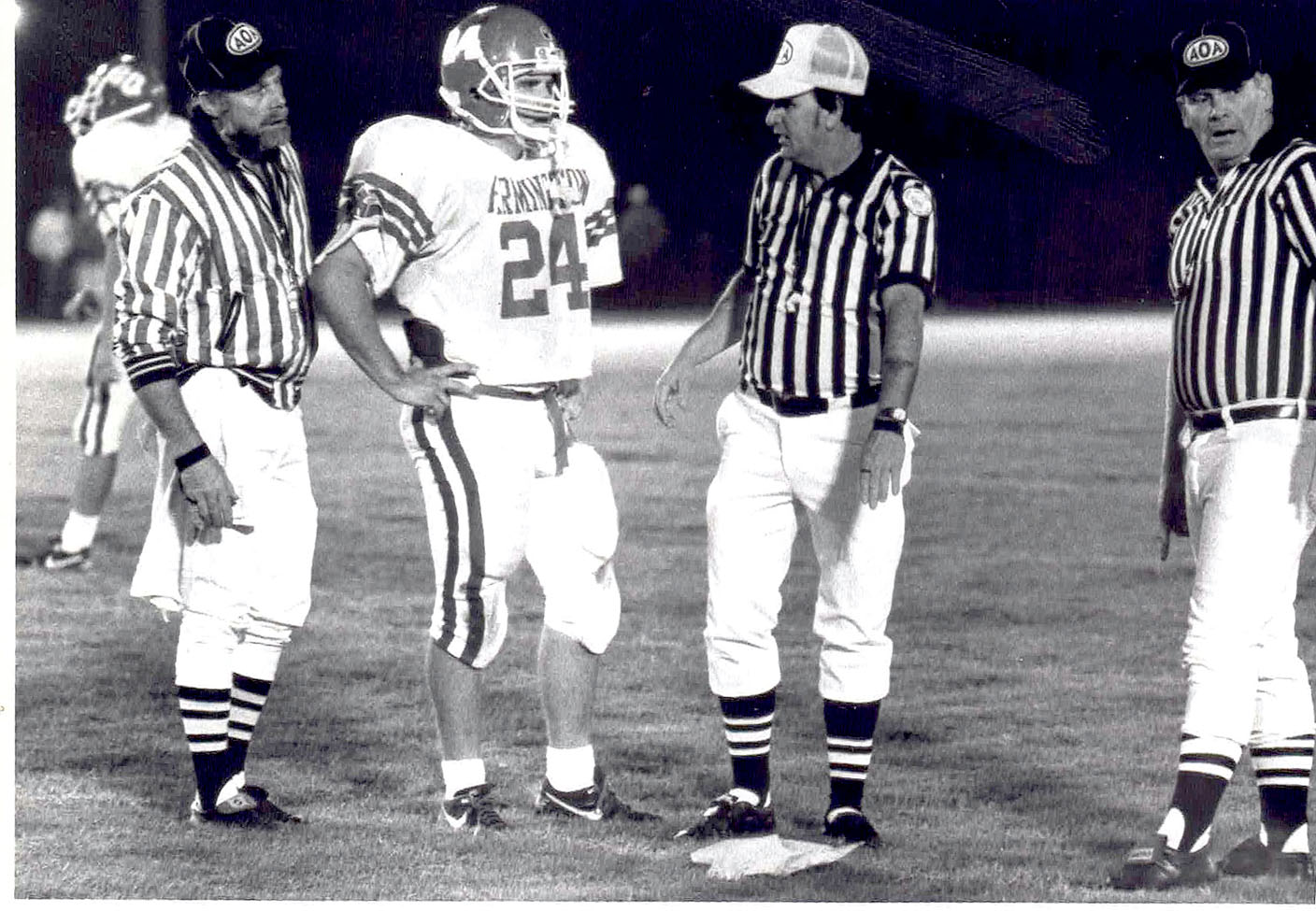 COURTESY PHOTO Brent Jackson, a 1990 Farmington graduate, is recognized as one of the greatest football players in Farmington history. After Farmington, he played football for Ouachita Baptist University. 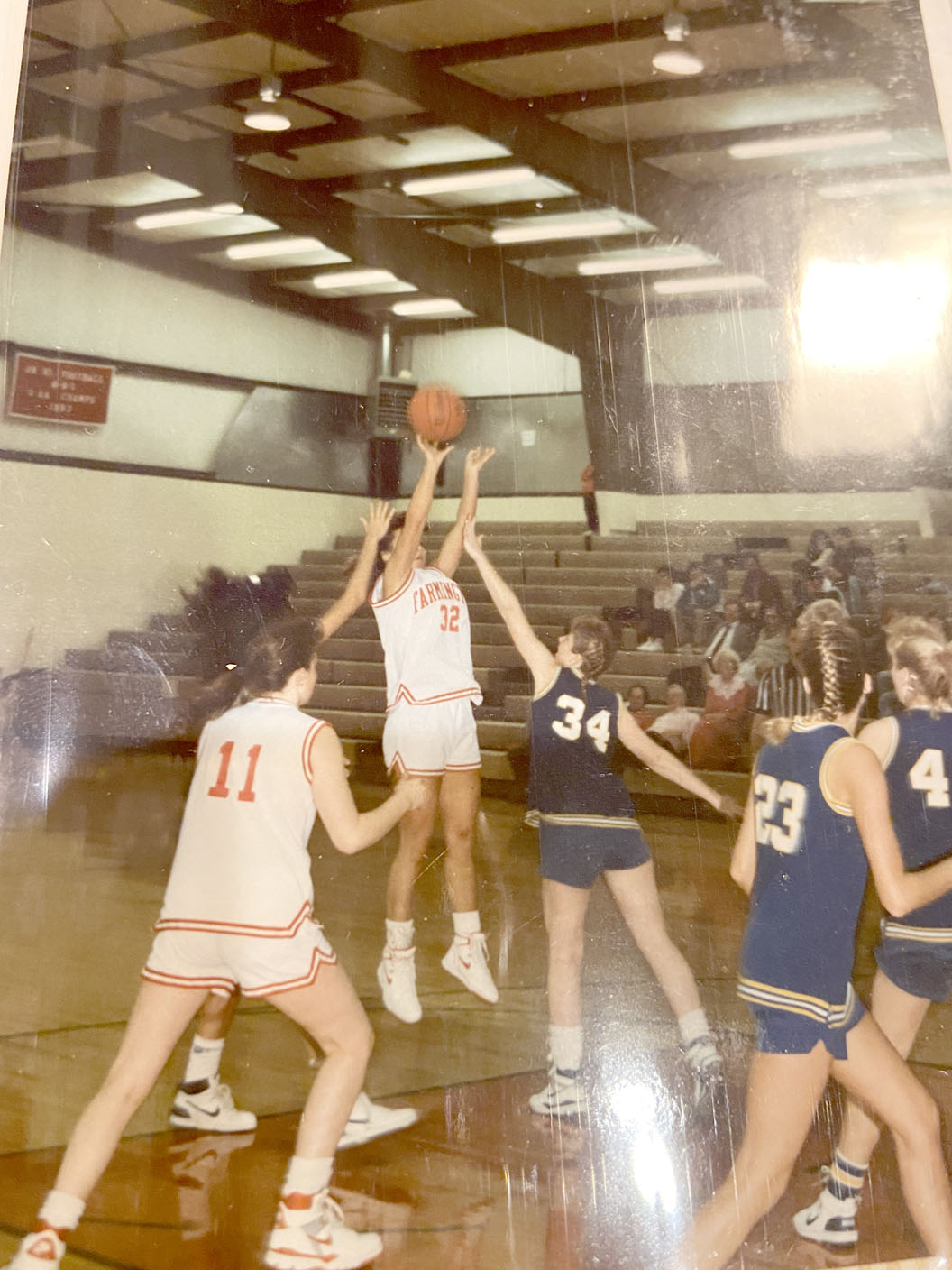 COURTESY PHOTO Johna Selph, a 1990 Farmington graduate, was a standout in basketball, cheer, and track and field. 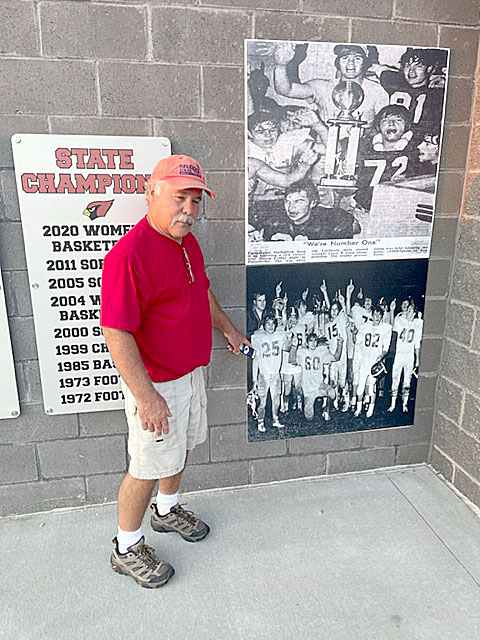 COURTESY PHOTO Ricky Lewis, a 1973 Farmington graduate, played on the first state title football team in 1972. He still holds records at Farmington to this day, including the longest punt return for a touchdown, 80 yards. 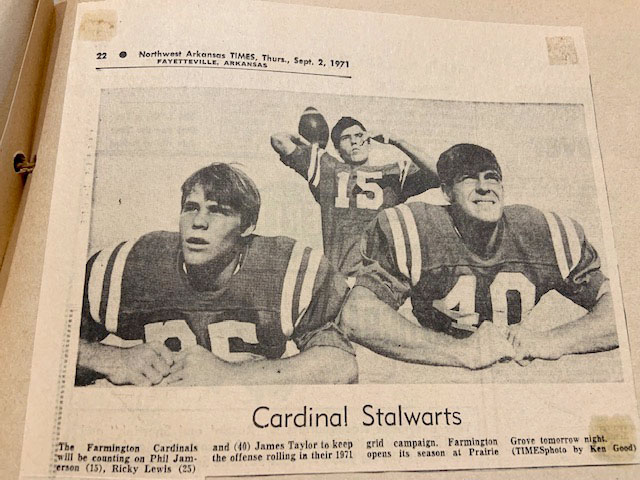 COURTESY PHOTO Farmington graduate Ricky Lewis will be inducted into the inaugural class for the new Farmington Hall of Honor. Lewis is pictured to the left in this newspaper article from the former Northwest Arkansas Times in 1971.

COURTESY PHOTO Johna Selph is one of six being inducted into the inaugural class for the Farmington Hall of Honor. 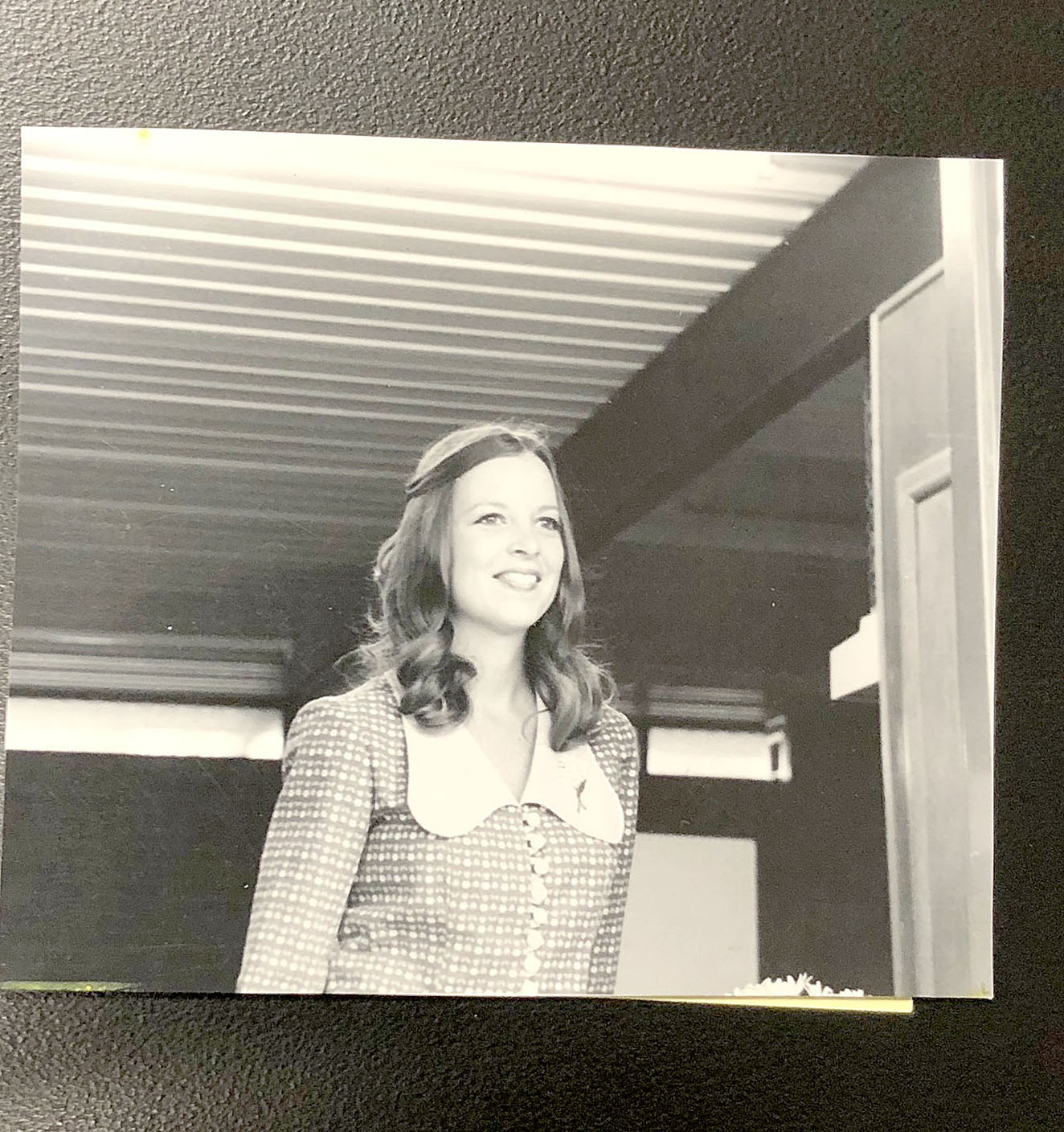 COURTESY PHOTO Jennette Robbins began teaching Home Economics at Farmington High School in 1972 for a salary of $4,500. She taught until the year 2000. Besides teaching, Robbins was involved in many other areas helping Farmington students. 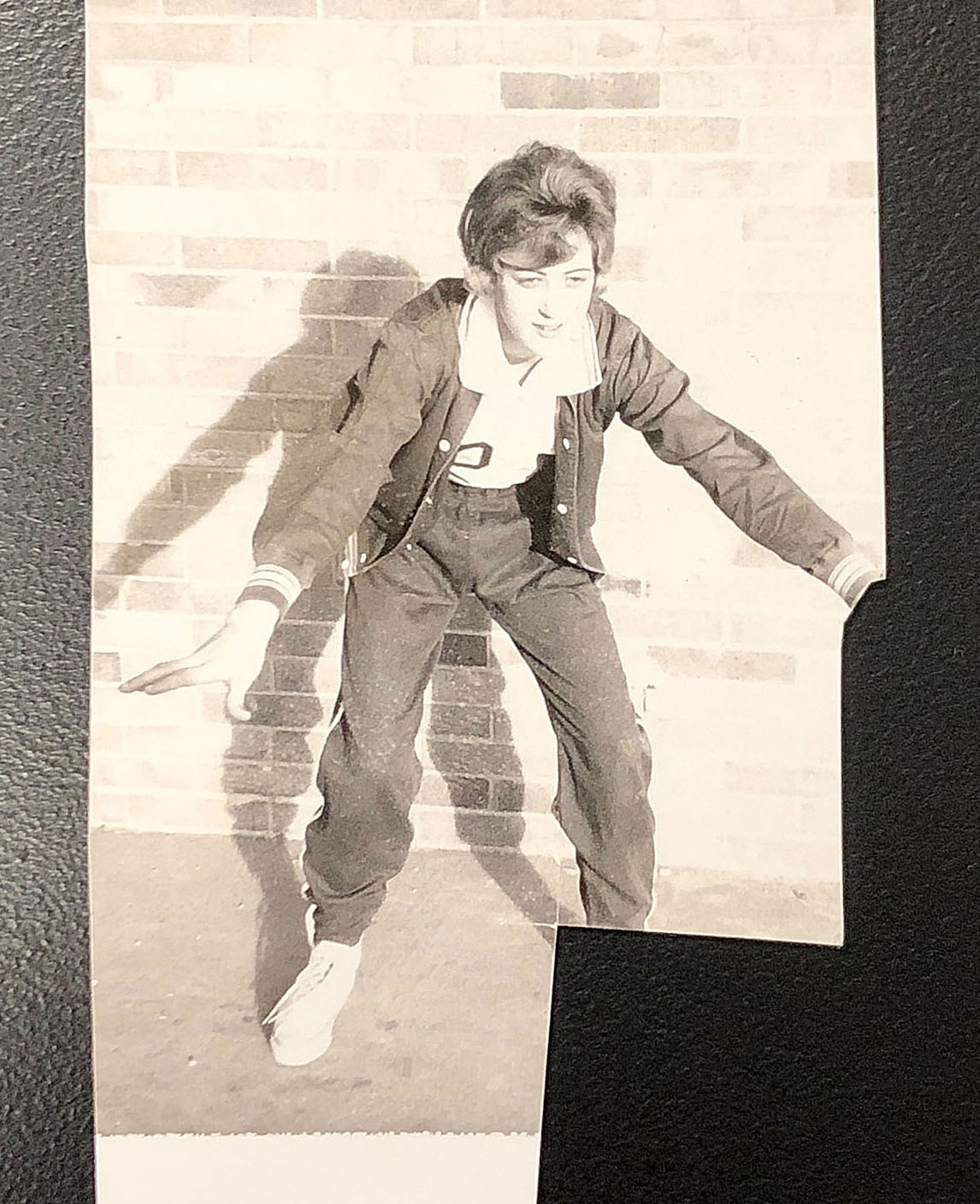 COURTESY PHOTO A 1964 graduate of Farmington High, Linda Sims played basketball, was co-captain and was voted most athletic and basketball homecoming queen in 1964. She worked for Farmington schools for 35 years.