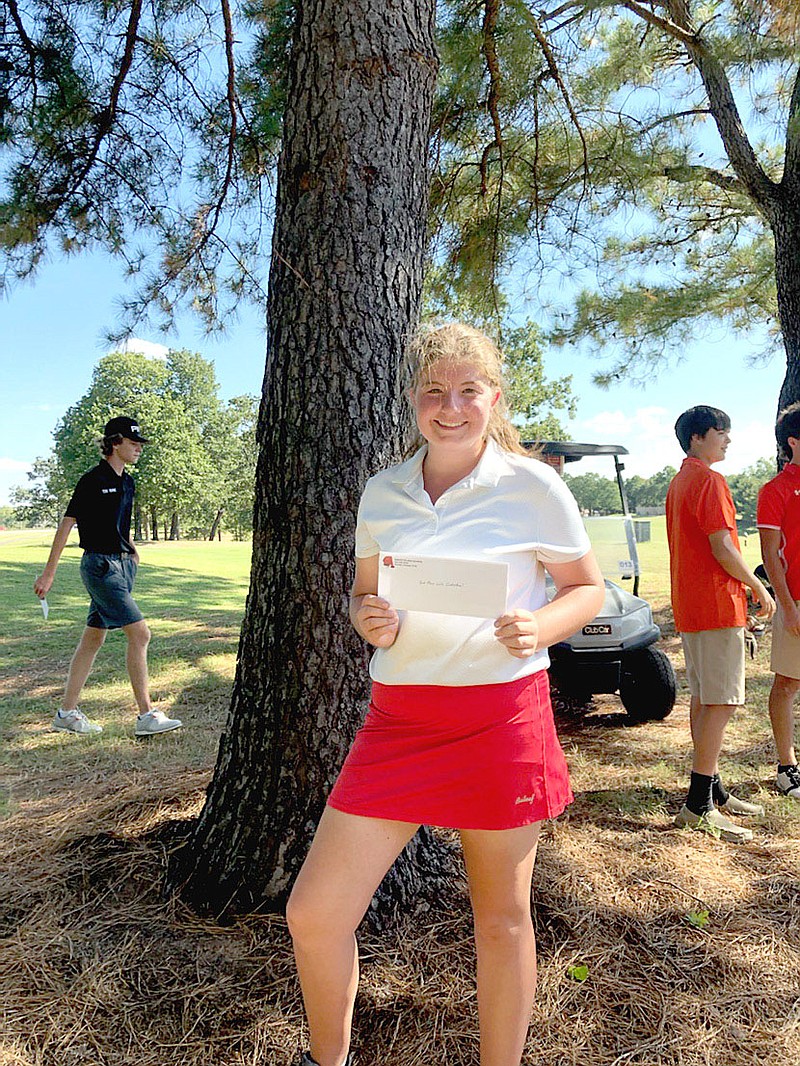 Submitted photo/Farmington junior Makayla Collyar shot a 108 at the District 4A-1 golf meet held at Bella Vista on Monday and qualified for the Class 4A State tournament at Hot Springs on Sept. 26

BELLA VISTA -- Farmington's Makayla Collyar shot a 108 at the District 4A-1 golf meet Monday at Bella Vista, which qualifies her for the upcoming Class 4A State golf meet Sept. 26 at Hot Springs.

"She had a good day. She had a good closing stretch of holes that got her under the cut line so I'm extremely happy for her," said Farmington coach Jason Shirey.

Sophomore Kinsley Reaves shot a 117, which didn't make the cut to advance to the state meet. The Lady Cardinals needed one more girl to compete in the team standings.

The Farmington boys experienced a tough day at the Highlands Golf Course with no state qualifiers. Cole Cantrell paced the team with a 105 while Blaine Brown was right behind with a 107. Nick Womack and Hayden Wages both shot a 111. They placed seventh among the boys teams.

This is Shirey's first season coaching golf at Farmington. He assumed the reins of the softball program upon the retirement of Randy Osnes on July 1, 2021, and the season went by fast.

"I think it was basically two months back in July that we met and started hitting golf balls on the softball field," Shirey said.

With the closure of the Valley View Golf Course the team has to travel further to get on a green. Shirey expressed thanks to the Links at Weddington for helping the Cardinals get in some practice. They were also able to hit on the driving range at the Fayetteville Country Club twice a week.

"The kids just got out there and made the best of it. They worked hard," Shirey said.