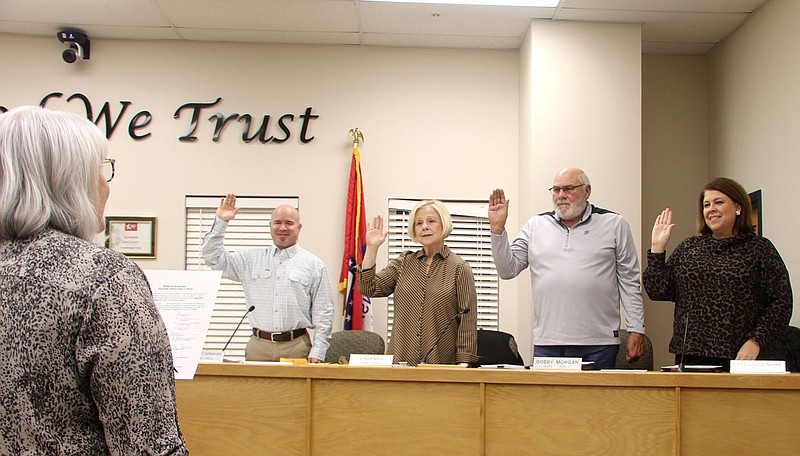 Lynn Kutter/Enterprise-Leader Farmington City Clerk Kelly Penn gives the oath of office Jan. 9 for City Council members Hunter Carnahan, left Linda Bell, Bobby Morgan and Kara Gardenhire. Gardenhire is the only one who is new to the city council of the four. They will serve four-year terms.

FARMINGTON -- In 2022, the city of Farmington took in $5.9 million in revenue from taxes -- local sales and state sales taxes, utility franchise fees and property taxes -- about $1.59 million more than was projected for these revenues in the general budget.

Farmington City Council adopted an amended 2022 budget at its Jan. 9 meeting. The amended budget, which is required by state law, shows actual revenue received by the city for the year and actual expenses in 2022.

For the 2022 general budget, the city projected to take in $5.1 million in revenue. The amended budget shows the city received $11.1 million in revenue. However, this total includes $2.25 million in grants from FEMA and the American Rescue Plan Act, and another $2 million that was transferred from the general fund and general fund reserves to then be placed into a certificate of deposit with a higher rate of interest.

For 2022, the city received about $2.9 million from its local sales tax, $1.8 million from state sales tax, $647,321 from county turnback funds, $541,175 from franchise fees and $298,000 from building inspections. Other revenue came from areas that include court fines, development fees, miscellaneous income, sports complex fees and state turnback funds.

"In the last three years, it's been consistently going up each and every year," Penn said.

He attributes the increase to residential growth, new businesses and ongoing construction in Farmington. In addition, as cities to the west increase in population, this helps generate sales tax revenues as those people shop in Farmington, Penn said.

The budget projected $5.5 million in expenses, compared to $6.67 million in actual expenses.

The administrative expenses were over budget by $1.2 million but expenses included transferring about $767,000 to the city's ARPA (American Rescue Plan Act) account, $389,342 to the street fund and another $400,000 was placed in a certificate of deposit with First Security Bank.

For the fire department, actual expenses were $1.1 million, compared to $1 million in the budget. Costs for building maintenance and cleaning were up for the year, as well as fuel, materials/supplies and building repair/maintenance.

The street department's 2022 amended budget is $1.1 million in revenue and $1.2 million in expenses.

The council also adopted an ordinance, with an emergency clause, to establish connectivity provisions into the city's street standards ordinance. Farmington Planning Commission has discussed requiring connectivity for residential and commercial developments during the past year and recommended the council adopt the new standards.

City engineer Chris Brackett with KMS Engineering Integrity told council members the city has been requiring connectivity for years, even though it did not have an ordinance to back this up.

"No one really questions about it but if they did we wouldn't have a leg to stand on," Brackett said.

Most cities in Northwest Arkansas require connectivity and it's a good idea as a traffic management tool, Brackett said.

"You really want connectivity so minor streets connect between developments and people don't have to get out on the bigger streets. There's a lot of verbiage to it but that's the essence of it," Brackett said. 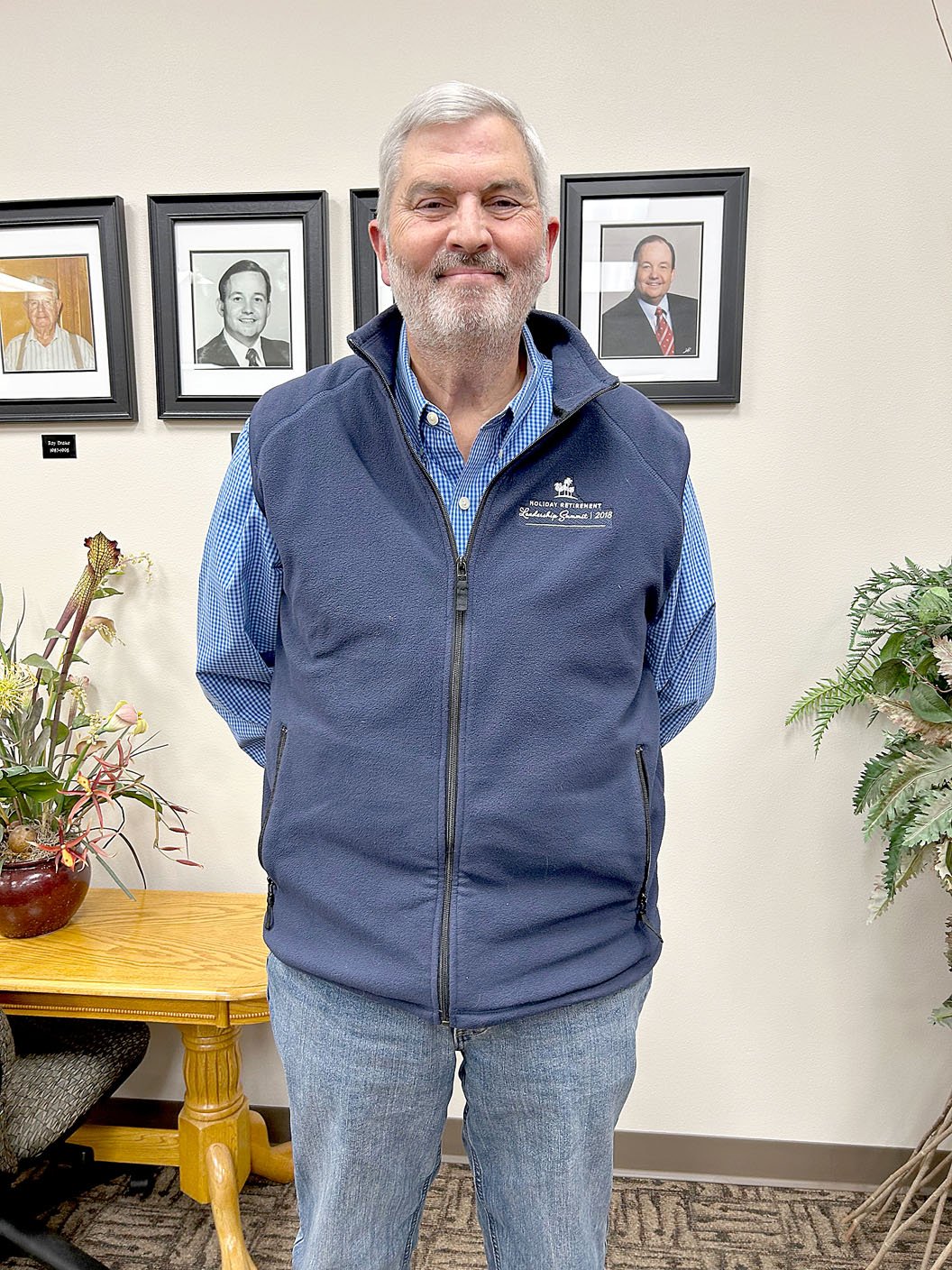 Lynn Kutter/Enterprise-Leader Norm Toering of Farmington has been appointed to serve on Farmington Planning Commission. Toering has lived in Farmington for 10 years and replaces Jay Moore, who now is city attorney,
More News