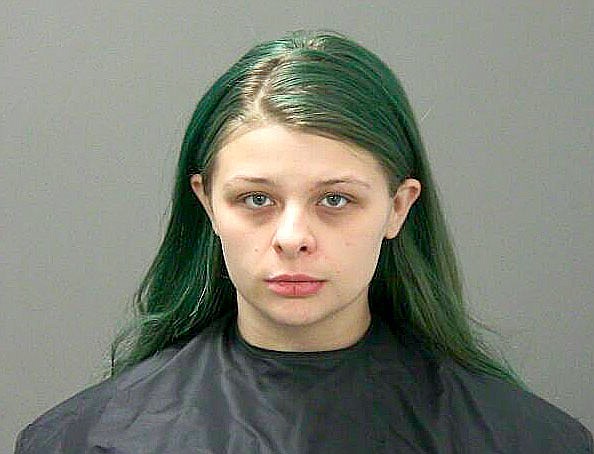 FARMINGTON-- Farmington police on Jan. 9 arrested Taylor Hood, 28, of Farmington, in connection with seven felonies. Hood is facing five counts of aggravated assault and two counts of endangering the welfare of a child.

She was taken to Washington County Detention Center and is being held on $100,000 bond.

According to the police report, officers were dispatched to a residence on West Rainsong Street in reference to an armed person. While en route, the dispatcher said the suspect, Taylor Hood, was inside the residence and had pulled a pistol on the caller and threatened to shoot her with it.

Upon arrival, Cpl. Jason Cooper made contact with victim and caller, who said she had arrived at the house to pick up her boyfriend's brother and gather some of her items because she had been living there a few months.

According to the report, the victim said she went inside and Hood pulled out a black pistol, racked the slide several times and pointed it at them and said she was going to kill everyone in the house. The victim walked away and called the police. Cooper reported he was told everyone was out of the house except Hood's 3-year-old daughter.

Cooper and an officer with Prairie Grove Police Department walked to the side of the house and could see the daughter sitting next to the door. They removed her and then saw where Hood was in the back of the residence in a bedroom with a black case containing a small black 380 Remington pistol.