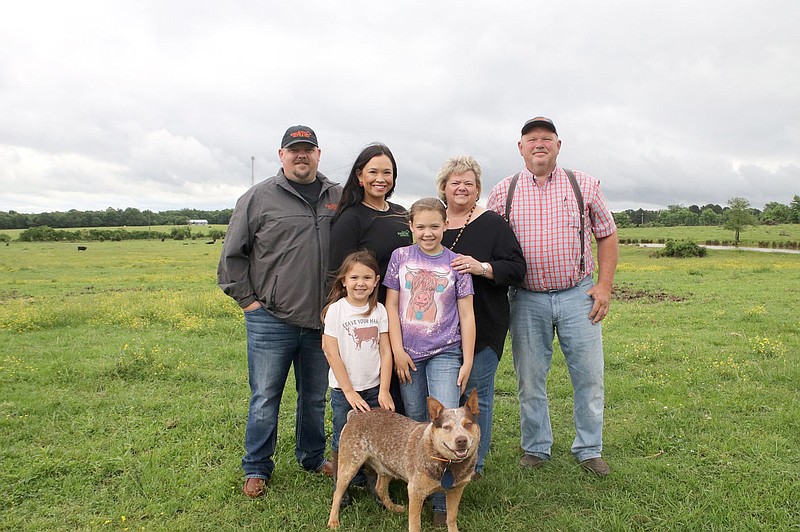 File photo The Whorton family of Lincoln was named the 2022 Washington County Farm Family of the Year.

FARMINGTON -- Covid-19 cases and covid vaccinations continued to dominate headlines in 2022, with cases spiking during January in western Washington County and clinics being sponsored for adults and children to get additional covid vaccinations.

Public meetings for school boards, city councils, planning commissions and other committees were held with limited in-person attendance and attendance through Zoom and other remote platforms through the first part of the year.

The following provides highlights for each month from the front pages of the Enterprise-Leader in January-June 2022. Highlights from the remaining six months will be published in the newspaper's Jan. 25 issue.

• Farmington School District reinstated its indoor mask mandate on Friday, Jan. 7, in response to a higher covid infection rate of the population within its district boundaries. The district then closed two school buildings, the middle school and junior high, for three days due to staff shortages and the rapid increase of covid cases.

• Mark Weldon Lewis, 43, of 203 S. Baggett St., Apt. 6, in Prairie Grove, pleaded guilty to first degree murder on Jan. 6 and was sentenced to life in prison by Washington County Circuit Judge Mark Lindsay. Lewis was arrested March 29, 2019, by Prairie Grove police and was accused of murder in the death of Jessie Kenneth Lewis, found deceased at Lewis' residence in Prairie Grove.

• Area libraries took on a new role in January and served as distribution points for rapid at-home covid tests. It didn't take long for all boxes to be gone, according to library staff from Prairie Grove, Lincoln and Farmington.

• Farmington School Board voted Jan. 24, 2022, to approve a $13.3 million guaranteed maxiumum price for construction to add to both elementary schools and exxpand the junior high campus. The breakdown of costs was almost $10 million for the Farmington Junior High expansion, $1.8 million for Williams Elementary and $1.87 million for Folsom Elementary.

• The city of Farmington closed the Double Springs bridge that crosses Farmington Branch for about 45 days for work on a structure that was described as in "dire need" of repairs. Detour signs were posted to help drivers get around the closed bridge.

• PG Telco celebrated one of its own in March, with a retirement party in honor of general manager Rick Reed, who retired just shy of 36 years with the company. Reed started with PG Telco on April 1, 1986, and was named general manager in 1990.

• A Pulaski County Circuit Court judge on March 22, 2022, dismissed, without prejudice, a complaint filed by Washington Water Authority against the city of Farmington, Arkansas Highway Commission and Arkansas Department of Transportation on a project to widen Highway 170. The authority filed an original complaint Sept. 15, 2021, asking a judge to stop work on the widening project until an agreement is reached about compensation to move the authority's water lines.

• Lincoln Mayor Doug Hutchens on March 16 vetoed an ordinance approved by the City Council to establish a procedure for making an appointment to the council. The council approved the procedure in a 5-2 vote at its March 15 meeting. Many remembered this as the first veto ever issued by a mayor of Lincoln.

• Prairie Grove City Council on March 28 adopted an ordinance that established an overlay district for the downtown Central Business District. The purpose of the ordinance is to require that new construction and remodels are "consistent with the historic elements of the district."

• Farmington's Community Development Committee started a new program in April, called "Let's Move, Farmington." On the second Saturday of the month from April through September, the committee hosted an outside activity at Creekside Park. The activities were line dancing, pickleball lessons and yoga lessons.

• Historic Cane Hill once again was the site of an exhibition made available through the Smithsonian Institution Traveling Exhibition Services. This time, the nonprofit organization opened a free, outside exhibit, called "Habitat," that opened April 16 and ran through Nov. 26. The focus of "Habitat" was to show that protecting habitats protects life. The exhibition was installed along Historic Cane Hill's three-mile trails system and in other parts of the Cane Hill community.

• Members of Lincoln City Council failed in their attempt to override the mayor's veto of an ordinance to establish a procedure for making an appointment to the council.

• Lincoln Fire Department hired its first full-time firefighter, Gary Eoff. Eoff, a former City Council member, moved to Lincoln from Morrilton and served almost 34 years with the Army National Guard, about 23 years of that on active duty. He started with the fire department on June 1.

• A reception was held to recognize the Whorton family, the 2022 Washington County Farm Family of the Year. Their farm, called Whorton Cattle Company, is located off Old Cincinnati Road outside Lincoln.

• Prairie Grove Aquatic Park finally opened in June, a couple weeks later than normal because renovations and repairs at the pool had not been completed.

• Prairie Grove City Council approved a $1.5 million bid to replace older water lines, some dating back to the 1930s, on the south side of town. 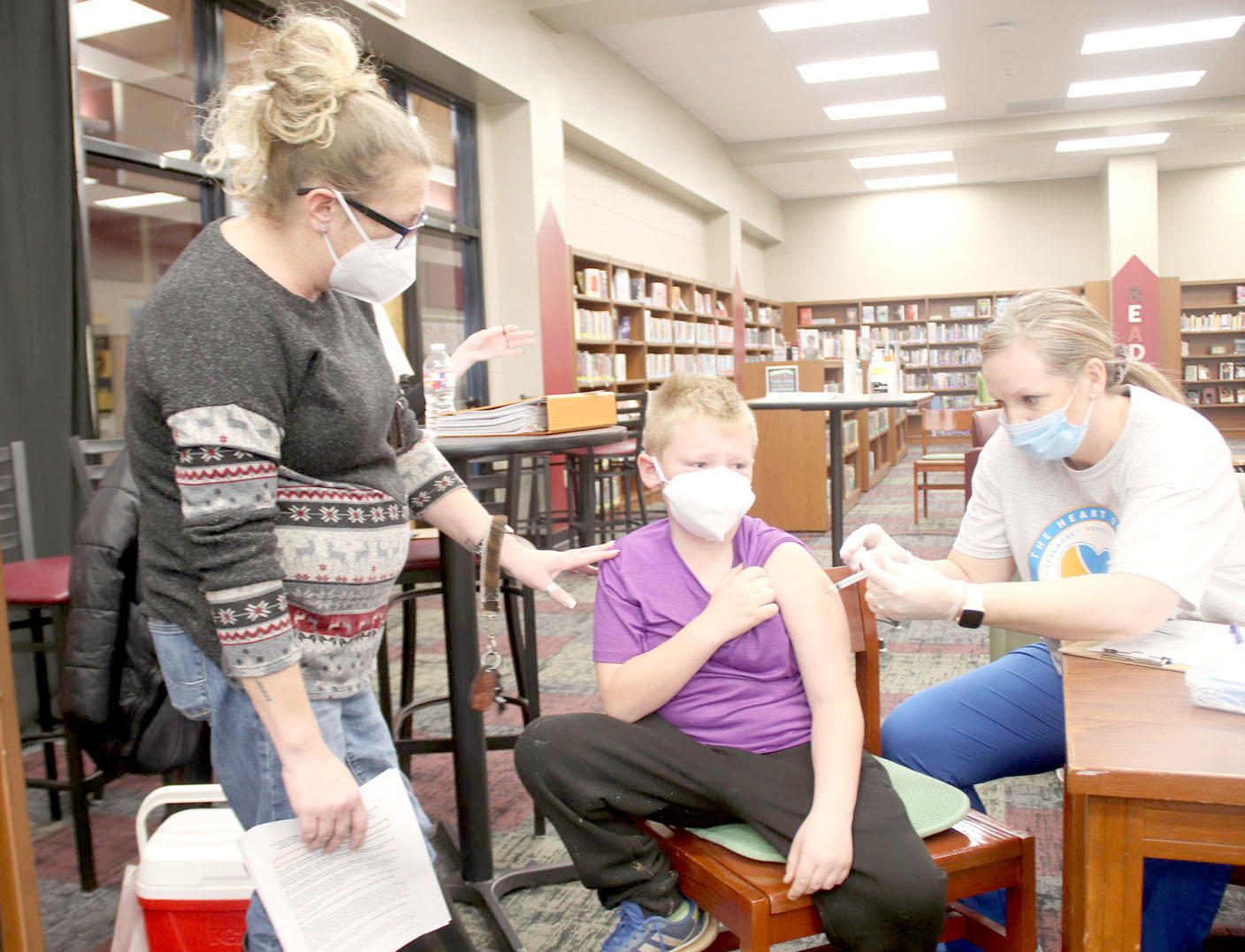 File photo Covid-19 cases and covid vaccinations continued to be in the news during 2022. Arkansas Foundation for Medical Care with the Arkansas Department of Health sponsored a covid vaccination clinic on Jan. 11 at Lincoln High School library and administered 54 vaccinations. 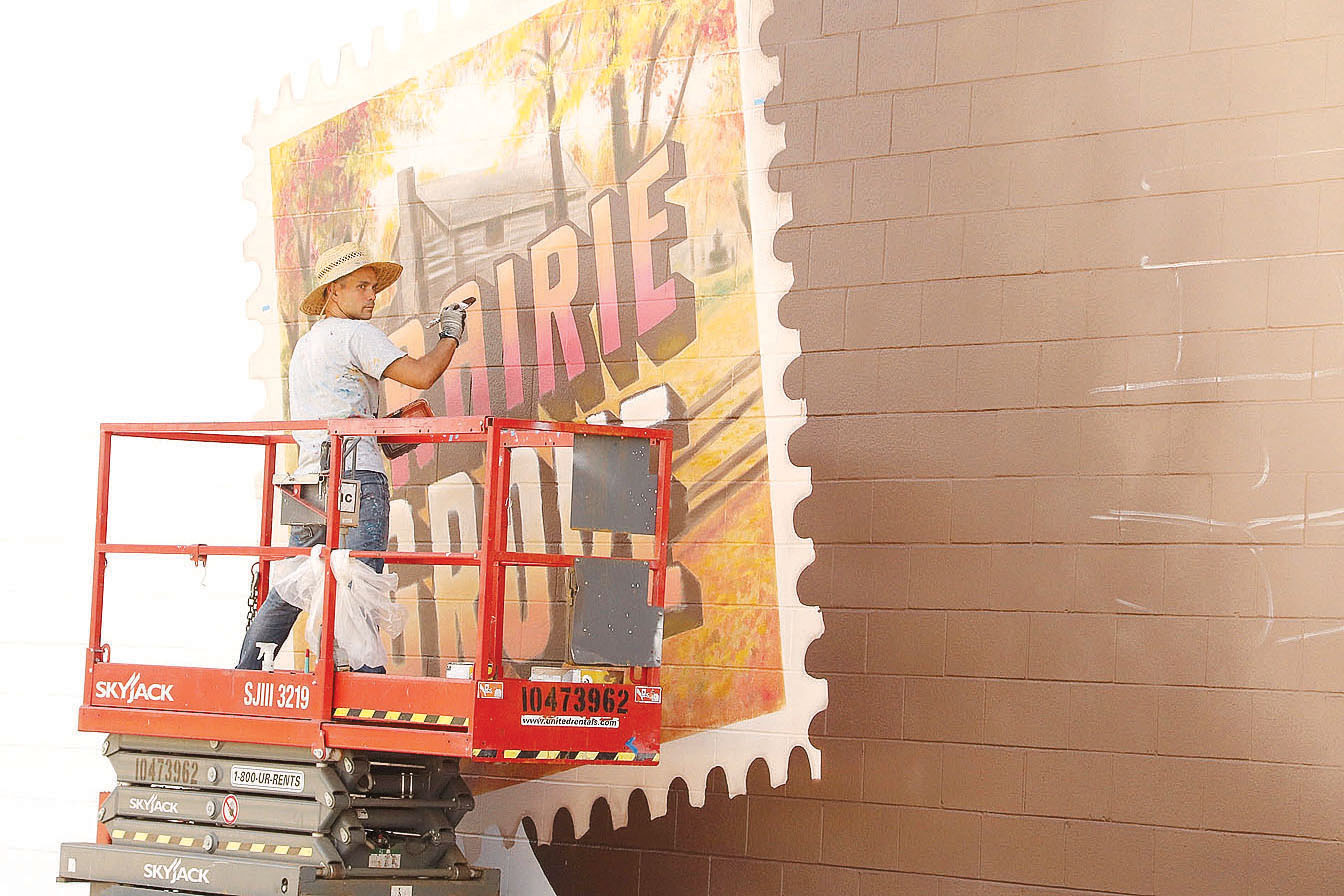 File photo Lucas Aoki of Austin, Texas, was commissioned by Prairie Grove Public Library to paint a mural on one of the library's outside walls last year. The whimsical and playful mural also had elements of the historical nature of the community.