Say ‘Amen’ to that 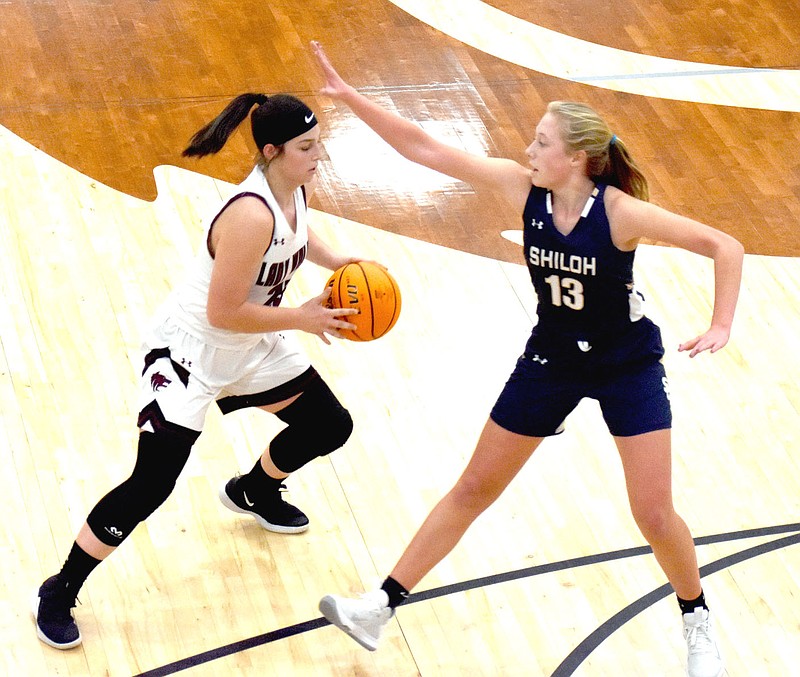 LINCOLN -- Lincoln girls basketball fans have anxiously awaited the return of junior Sarah Snodgrass to the court. She suffered a torn ACL and missed all of her sophomore season, then resumed practice only to find out during Alpha workouts when her knee gave out in July that she had another torn ACL. Snodgrass has been chomping at the bit.

"I probably want it more than anything. I got to play a little bit this summer so I got a little taste of it after my first [ACL injury] and that just made me want it even more after the second time, so I'm more excited to get out there than anything," Snodgrass said.

"Pretty much every day she just looks at me and I just know what's going through her head. She's like, 'Coach, I'm getting ready to play.' She has a countdown. I already know she has a countdown. She has eight days left [from Jan. 9, 2023] if we let her play," Cox said.

Snodgrass was scheduled for a medical evaluation this week, and witnessing lopsided losses such as an 88-19 setback on the road at Bergman on Jan. 6, 2023, when the Lincoln girls couldn't throw the ball in the ocean only intensifies the desire. Snodgrass knows she can help her team.

"It hurts a lot because those are my best friends and knowing that they are capable on their own of doing a lot more. They are just discouraged by certain things so easily, but I know that once we get a little pep in our step and get that fire under us and get that momentum rolling, we'll be good to go," Snodgrass said.

Snodgrass relied upon her faith throughout the emotional ups and downs. Last summer she thought she was making a comeback, and all of a sudden she went out with another injury.

"That's what I've focused most of my free time in. Like whenever I would be immobile and not be able to walk. That was some of the hardest stuff," Snodgrass said.

She went through the most pain she's ever experienced physically. That was really discouraging when trying to think of how could she get back to doing all her basketball moves when she could barely walk.

"Every time I turned to God and I just prayed about it everything seemed a lot easier, so I feel I've grown closer to God in a lot of ways and it makes everything a lot easier for me," Snodgrass said.

Snodgrass burst on the Class 3A basketball scene as a 5-feet-9 freshman starter, earning All-Conference honors by averaging 21.2 points, 7 rebounds and 3 assists per game. She achieved nine double-doubles over the course of the 2020-2021 girls basketball season. Her all-around skills can generate an impact in almost every aspect of the game, and she's now taller, almost 5-feet-11.

Cox, however, wants Snodgrass to play with a controlled-passion mindset.

"If they say that she's cleared, we're going to have a lot of trust in her. She's got to play smart. It's really just her four month release date, which is two months early. So, if she does get some playing time it will be, 'Sarah, play to protect yourself for the future,' which is what I'm worried about for her. She loves basketball so much and she deserves it -- so playing six [regular season] games for me is not as big as what she can do for us next year, her senior year," Cox said.

After losing their first two games of the new year against West Fork (42-36) and Bergman, the Lady Wolves team regained their composure to secure a 46-39 nonconference victory over Eureka Springs at home in Wolfpack Arena on Monday, Jan. 9, 2023.

Late in the fourth quarter when sophomore Lena Skogen drew her first foul, Cox looked at her assistant coaches, checking to be certain she wasn't in foul trouble after watching sophomore Makayla Quinn exit with five fouls and senior Tabor Lewis pick her fourth earlier.

Snodgrass won't hesitate to answer that call. She lists her favorite scripture as Philippians 4:13, "I can do all things through Christ, which strengthens me."

"That's my favorite one all time because No. 1, I know that above all, God's got my back because nothing's possible without God, so if you have God on your side you can do anything you put your mind to," Snodgrass said.

That includes making a comeback on the basketball court, and Lincoln fans say "Amen" to that. 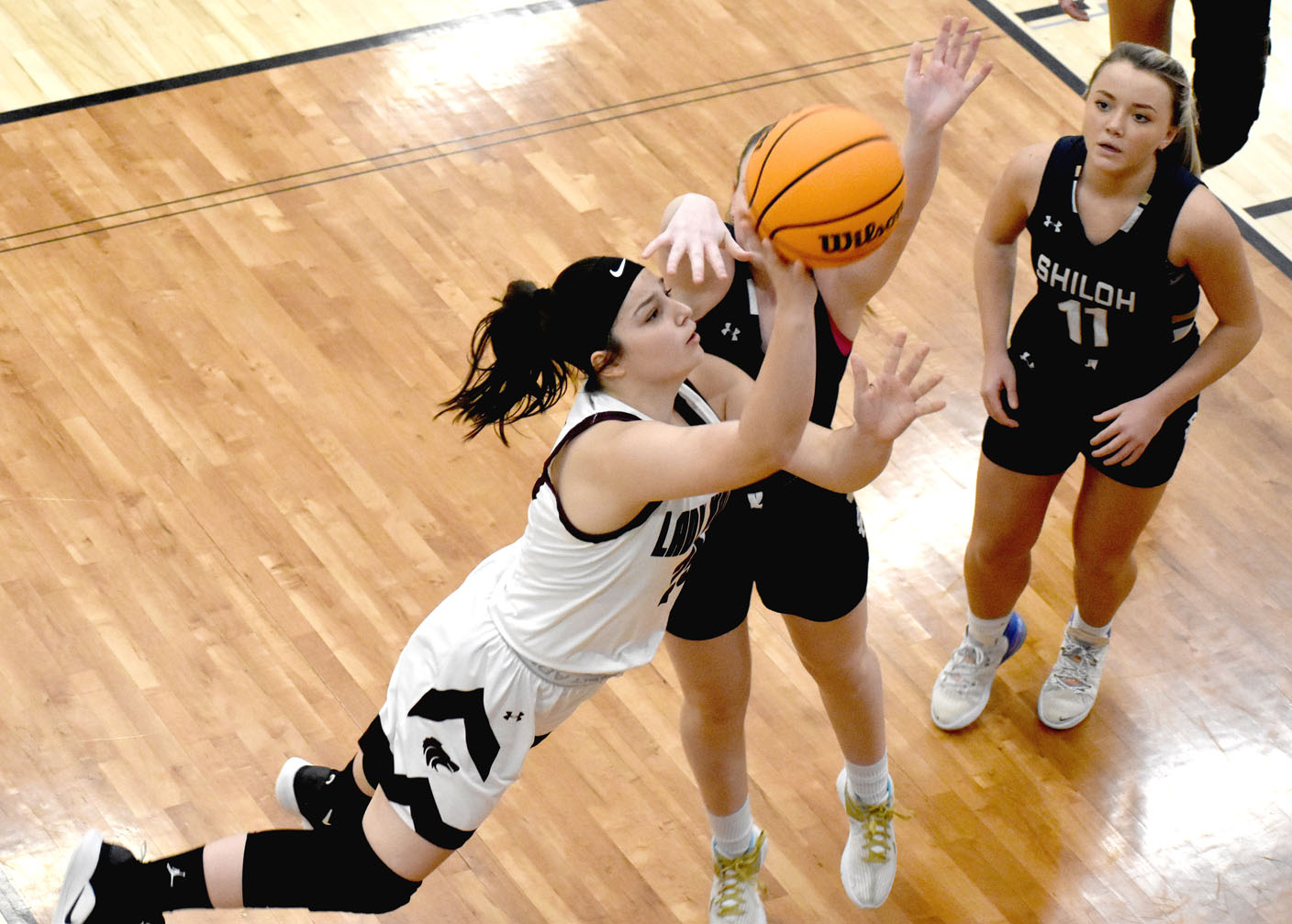 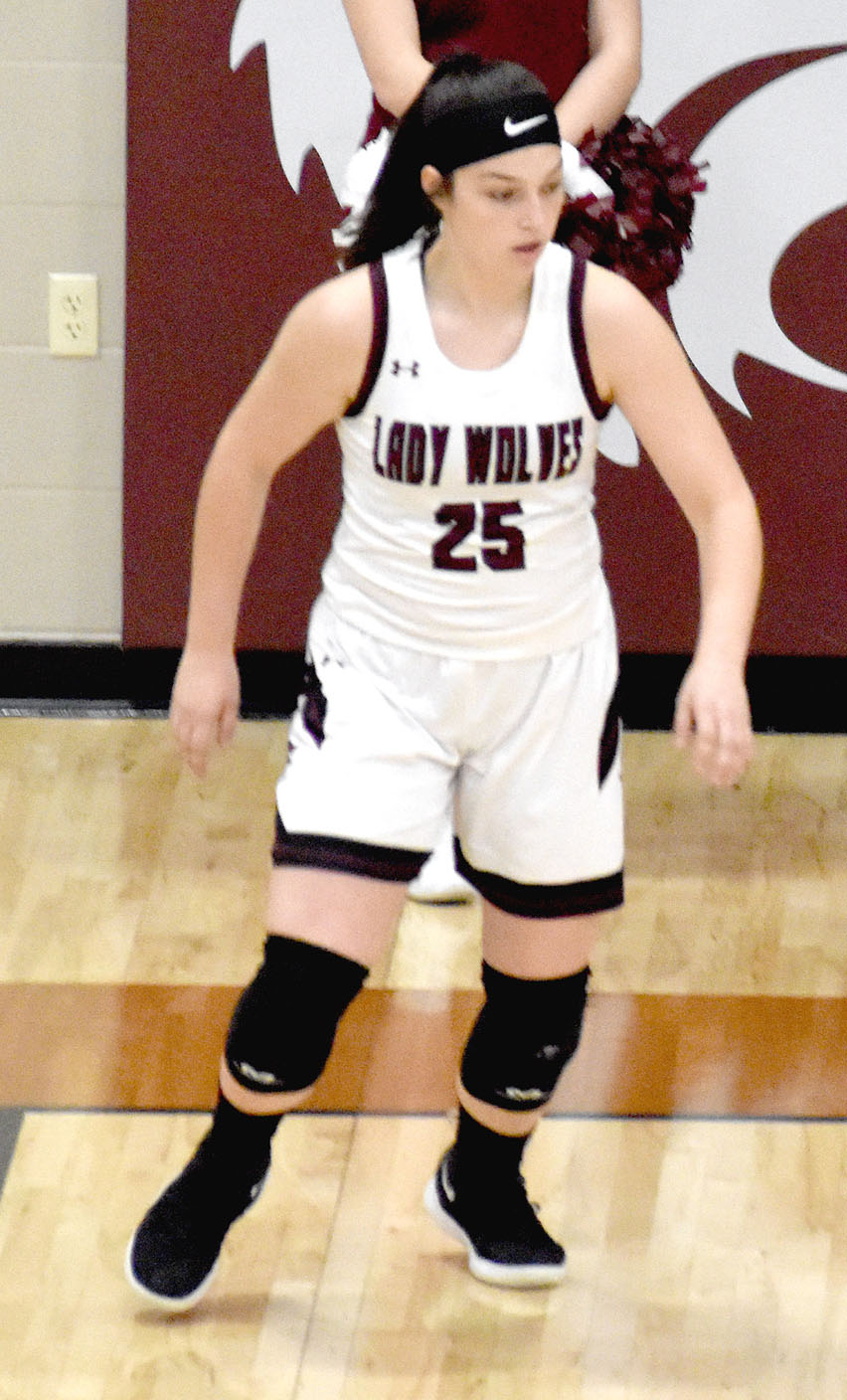 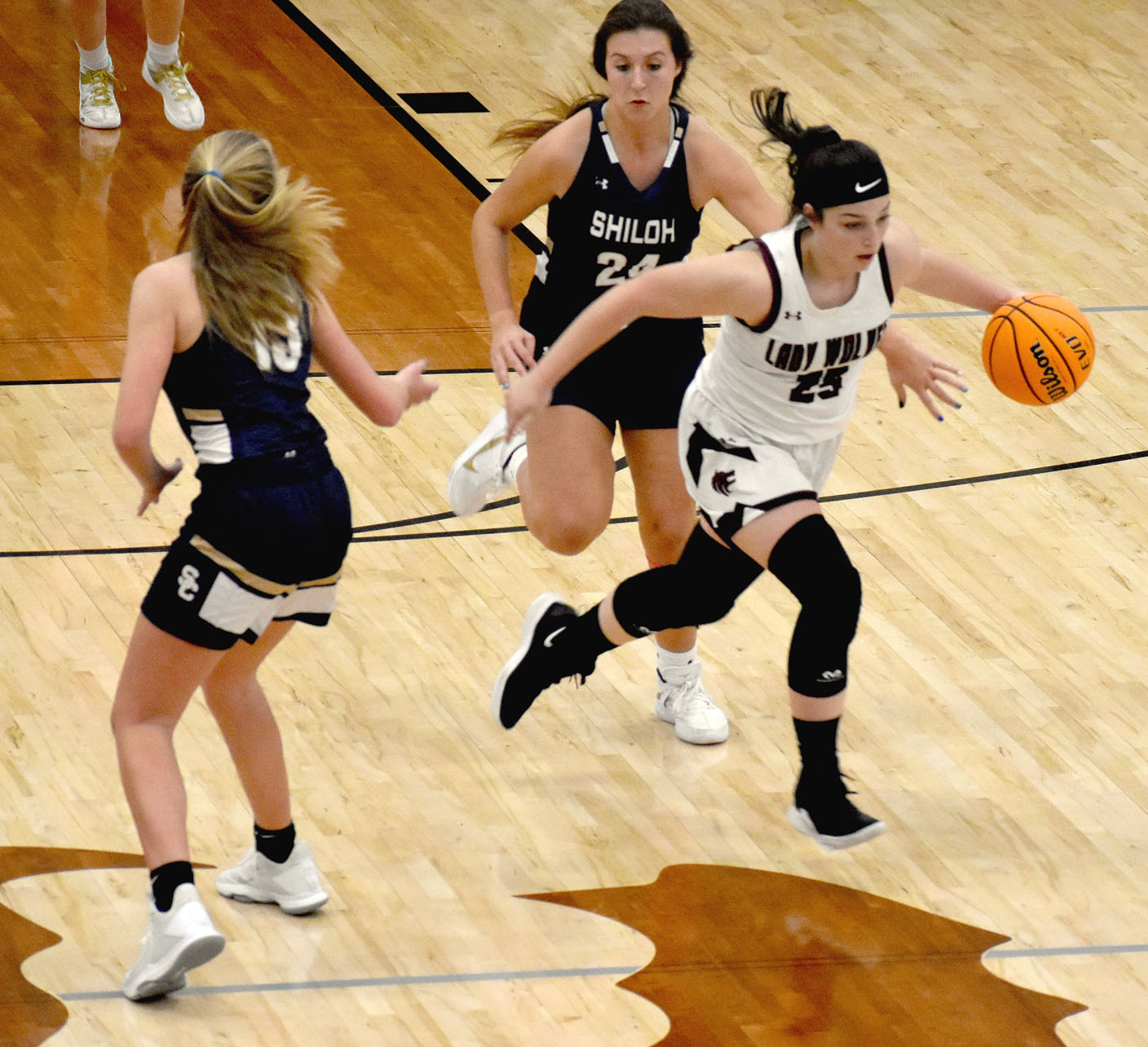 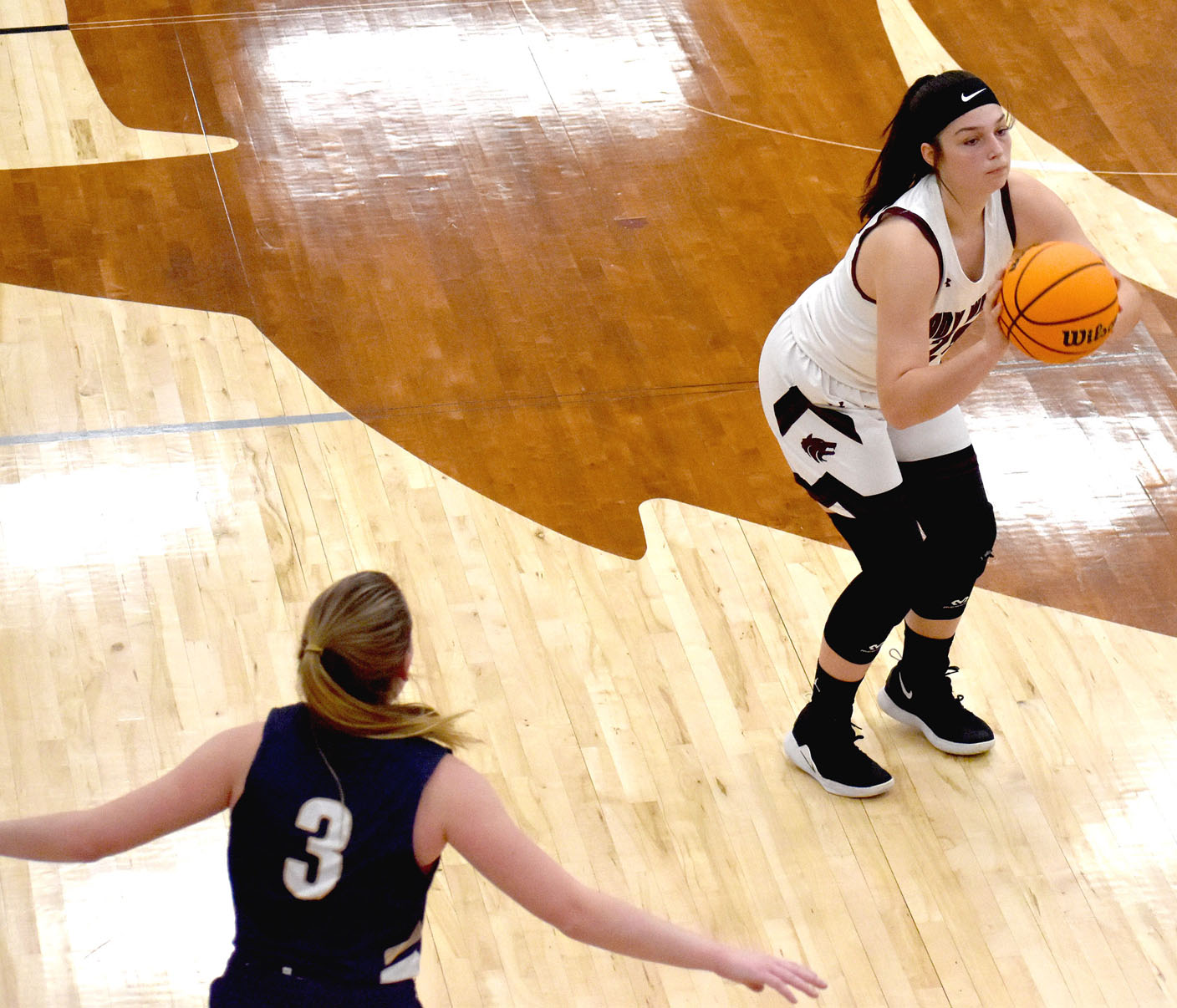 MARK HUMPHREY ENTERPRISE-LEADER/Leaving Lincoln freshman Sarah Snodgrass open on the perimeter even three or four steps behind the 3-point arc proved to be a mistake as Shiloh Christian freshman Delaney Roller found out when Snodgrass buried the shot. 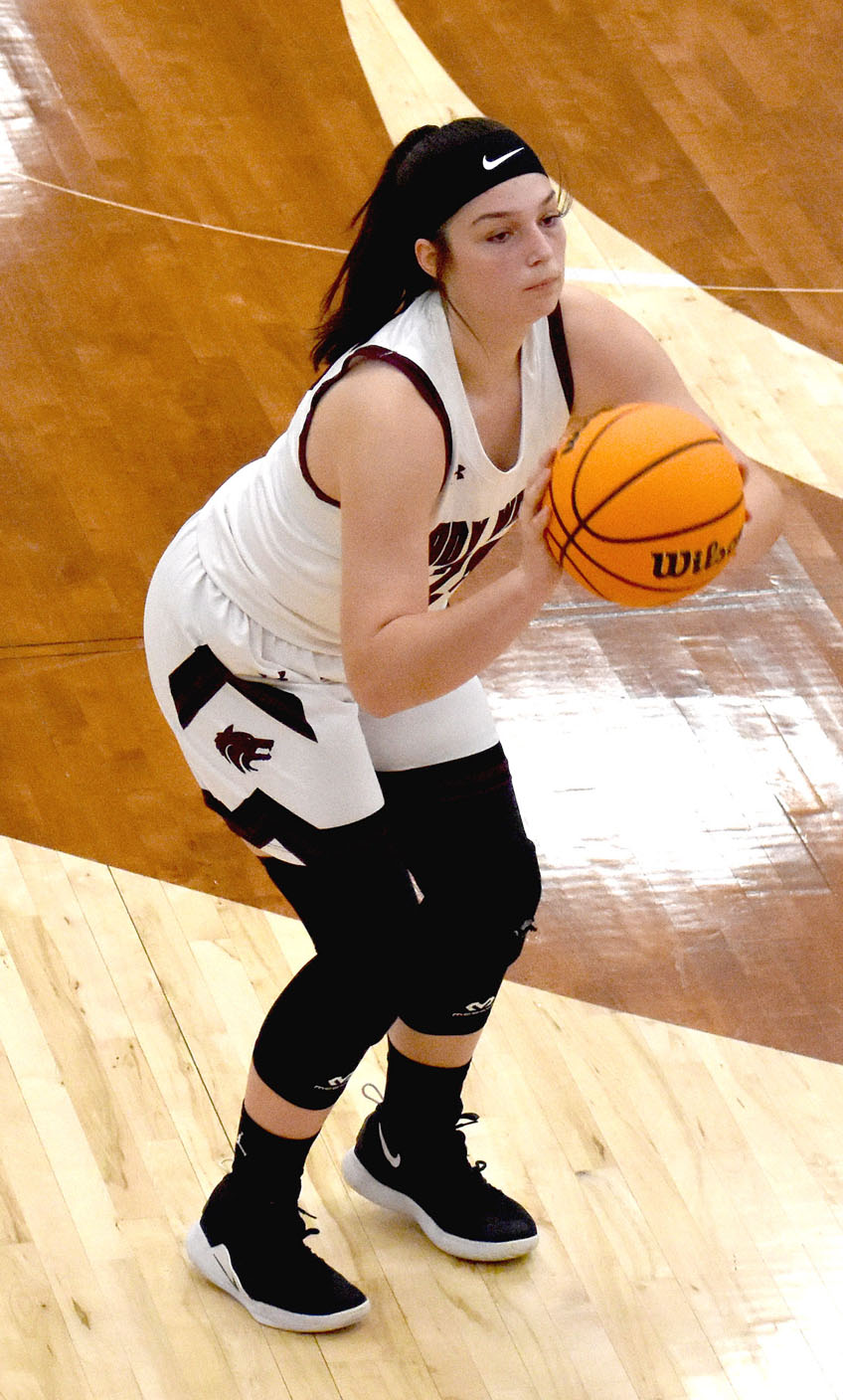 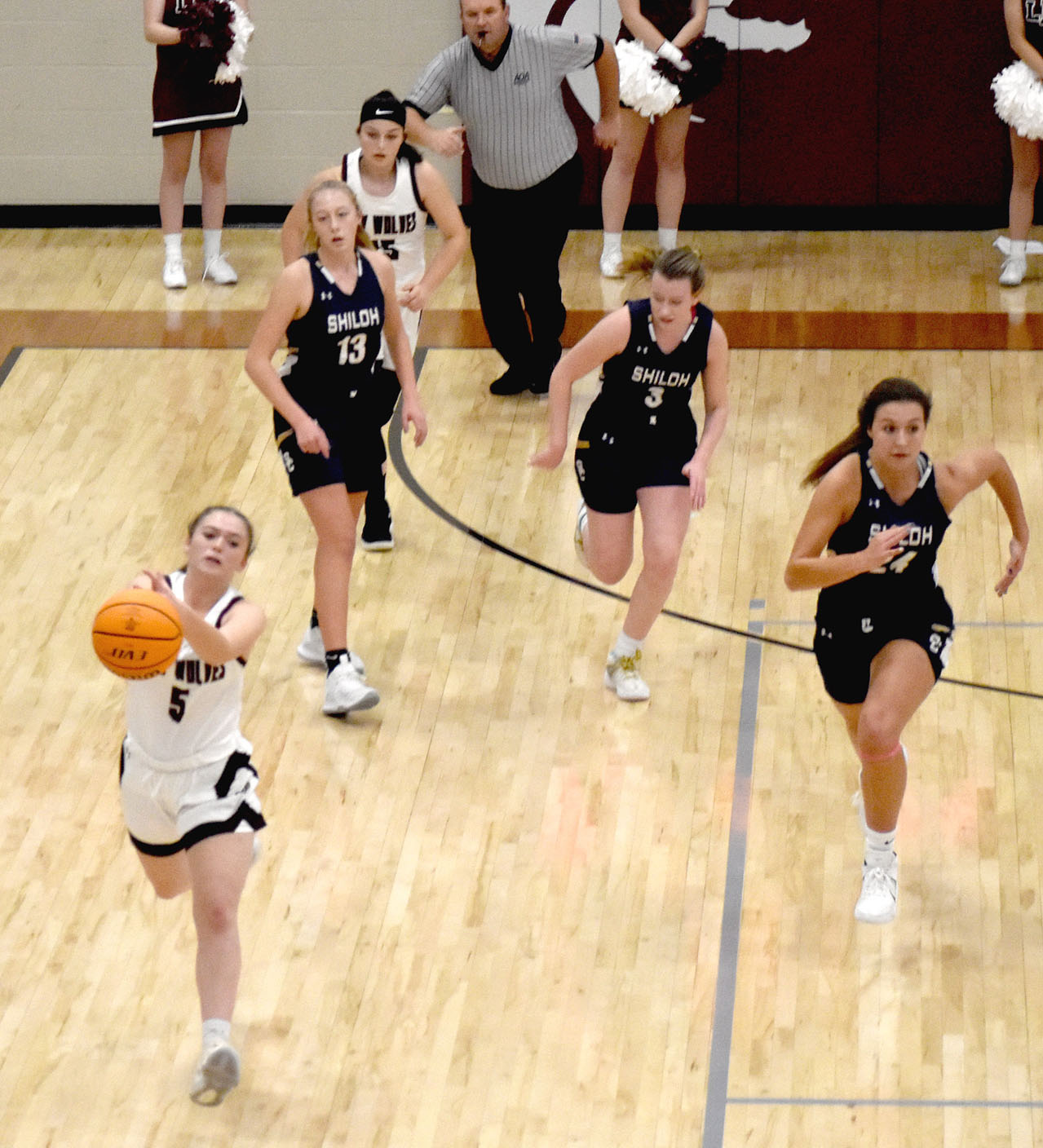 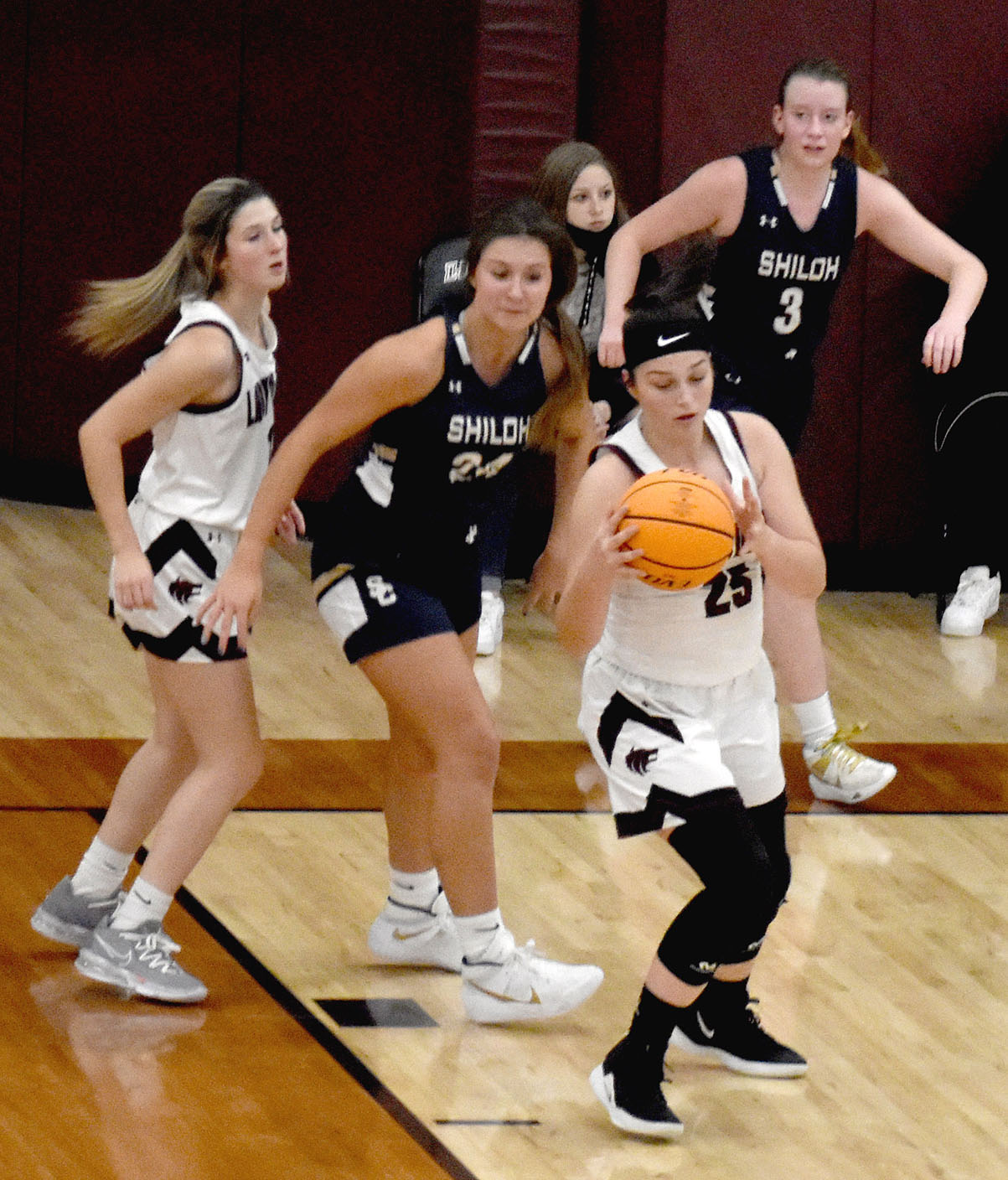 MARK HUMPHREY ENTERPRISE-LEADER/Shiloh Christian players can't hide their frustration once they realize Lincoln freshman Sarah Snodgrass intercepted and stole an inbounds pass with the Lady Saints trying to set up a play underneath their own basket. 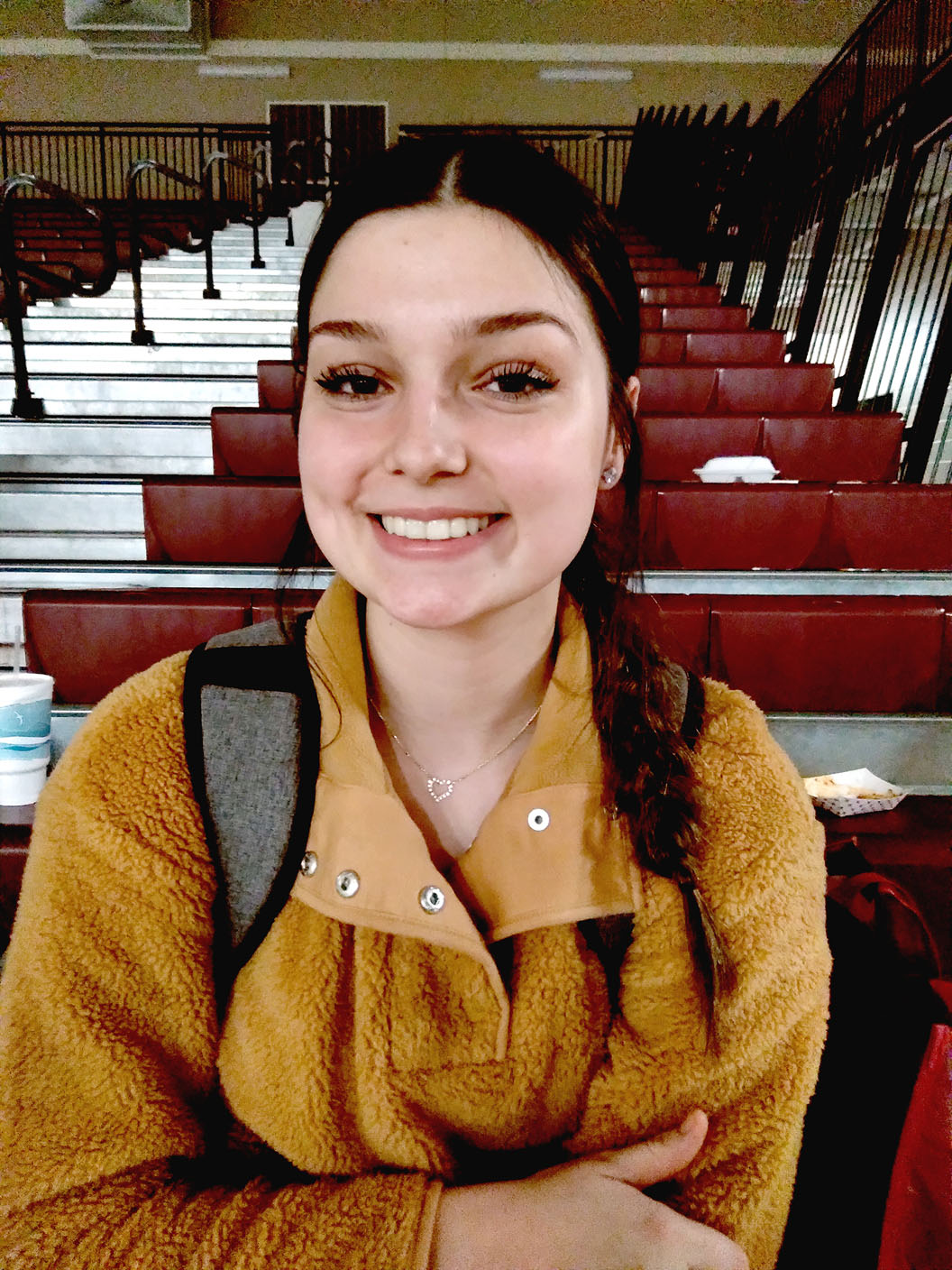 Mark Humphrey/Enterprise-Leader Lincoln junior Sarah Snodgrass has been chomping at the bit to get back on the basketball court. She may receive medical clearance this week and rejoin the Lady Wolves' lineup for the first time since the last game of her freshman season on Feb. 13, 2021, after sitting out one-and-a-half seasons due to injuries. Snodgrass' favorite scripture is Philippians 4:13 and she believes she can successfully make a comeback.

Print Headline: Say ‘Amen’ to that